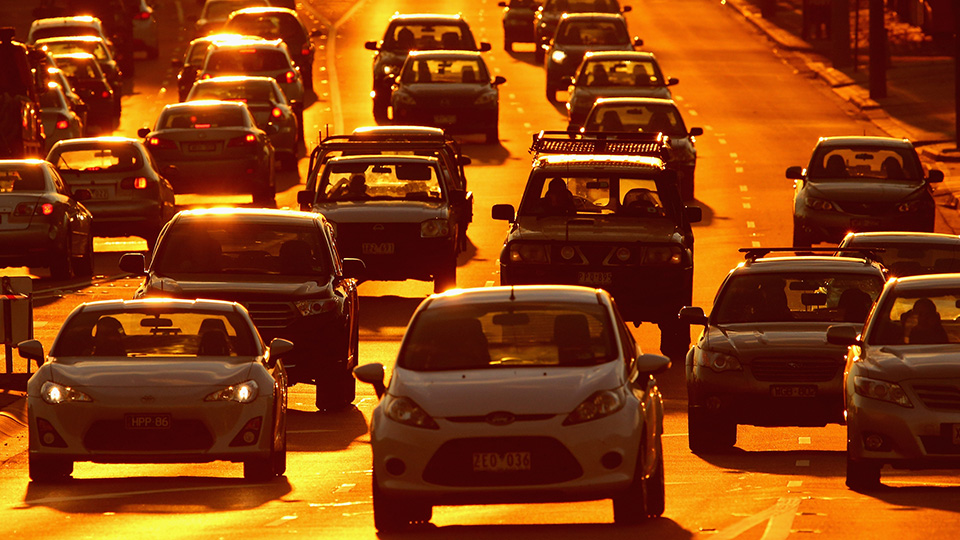 The world's cities have been ranked from best to worst for drivers – and Australia didn't fare so well. Photo: Getty

Sydney and Melbourne are among the top 20 worst places in the world to be a driver, according to a new global ranking system.

Sydney’s parking prices (for two hours) outstripped that of New York, while Melbourne blew way past the Big Apple when it came to the cost of parking in relation to affordability.

Melbourne motorists pay more than three times as much in road taxes as their Sydney and Brisbane counterparts.

On the other hand, Melburnians have better access to public transport than the other two.

Both Melbourne and Sydney drivers ranked pretty coolly on the road rage score, well behind the Mongolian city of Ulaanbaatar, which scored the highest when it came to road rage incidents.

Despite our slow suburban speeds (49km/h average in Sydney, 63km/h in Melbourne) it’s nothing compared to the slog of the people in Mumbai, India, who are just trying to get from A to B.

The country’s largest city managed a total score of just one out of 100 (100 being the highest).

Its average speed is 1km/h, the air quality is shocking, the death rate stands at 22 per 100,000 people, and parking isn’t even cheap.

At the other end of the scale, Calgary, Canada is the best place to be a driver, clocking a perfect 100.

A constant overachiever, Canada slipped two more cities into the top 10: Ottawa at three and Vancouver at six.

The five best cities for drivers

… And the five worst

To determine the ranking, car parts specialists Mister Auto compiled heaps of data and survey results for all aspects of driver experience: From the average age of cars in a city and the number of cars per individual, the costs of petrol, parking and road taxes, to air quality, road rage and access to public transport.

“There’s still a lot of work to be done towards making driving safe and affordable across the board,” Mr Rohart said in a statement.

“Despite advances in the accessibility of transportation, cars remain the most commonly used mode of transport in the world. Whether running on fuel or electric power, cities will continue to have to make adjustments so that they can accommodate the flow of vehicles.”

How do we improve Australia’s ranking?

For our size, our cities’ roads are markedly congested.

And there has been a number of suggestions as to how to cut down congestion to a more liveable level.

In July, The Conversation published an article that suggested the best way to lessen cars in our cities was to get rid of car parks.

“Between 2010 and 2015, Philadelphia removed 3000 off-street parking spaces from its city centre. Copenhagen is following the same path. Zurich has implemented a city-wide cap to limit parking spaces to 1990s levels,” the article read.

“Amsterdam has announced it will remove parking spaces at a rate of 1500 a year. The city’s 2025 goal is to eliminate more than 11,000 parking spaces from its streets to make space for cycling.

“The theory is that as the amount of parking decreases, the appeal of driving gives way to more environmentally-friendly transport modes such as walking, cycling, ride-hailing, car pooling and public transport.”

Last month, think tank the Grattan Institute said whacking a fee on motorists who drove in and out of CBDs during peak hours would cut congestion by as much as 40 per cent, while simultaneously increasing road speeds by 20 per cent.

“Eventually, drivers should be charged on a per-kilometre basis for driving across each city’s entire road network at the busiest times,” the institute’s transport program director Marion Terrill said.

“But only as part of a package of measures including abolishing fuel excise and creating a safety net to ensure people on low incomes and with impaired mobility are not disadvantaged.”

Again in The Conversation, an article flagged the notion of smart technology that can be retrofitted to adapt to changing traffic demands.

“Traffic signals along a route can be co-ordinated to create ‘green waves’ for platoons of vehicles to travel without stopping,” Swinburne University professor of Future Urban Mobility Hussein Dia said.

“These solutions are effective for congested cities that experience rapid traffic growth and changing traffic patterns.”