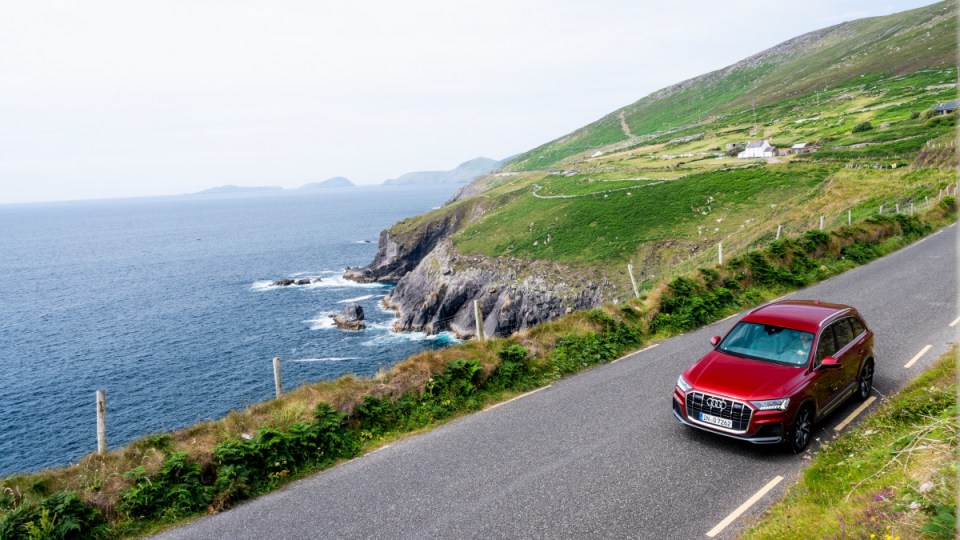 Australians aren't buy new cars – unless they're a luxury SUV. Then we'll spend up. Photo: Audi

Aussie just aren’t buying as many cars as they used to. Cast an eye across the various segments and they’re almost all in decline.

Almost. An obvious exception is large luxury SUVs. Yep, in a market down 7.9 per cent year-on-year, the $100K-plus big fellas are up 38.3 per cent.

No wonder Audi is impatiently awaiting the arrival of its updated Q7 in the first half of 2020.

The Q7 is a seven-seat, 5.063-metre wagon that has been a cornerstone of the German manufacturer’s local line-up since the first generation launched here in 2006.

What we’re driving here is the midlife update of generation two, a model that will have to take on multiple rivals from BMW (X5, X7), Mercedes-Benz (GLE, GLS) and other luxury brands including Porsche (Cayenne) and Jaguar (F-Pace). Oh yeah, there’s also a vehicle called the Q8 to consider … from Audi!

As already pointed out the Australian new car market is having a tough time, yet the ultra-lux SUV segment is growing like topsy, albeit off a very small base.

For this update Audi’s made some modest changes to the bluff exterior, mostly growing the size of the grille, as seems to be the fashion among these types of vehicles at the moment.

Check out the BMW X7 if you want to see this trend taken to the extreme.

Beyond that. Audi has updated the interior with a new generation digital display and level of connectivity. The roll-out of this tech has already started in Australia, as was reported here.

There are two versions of an updated 3.0-litre turbo-diesel V6 engines and a turbo-petrol option, all three now fitted with 48-volt mild hybrid technology that slightly reduces fuel consumption.

At the least the 50 turbo-diesel will be on offer, mated with an eight-speed auto and permanent all-wheel drive.

But we could get all three engines, while later a higher-tuned SQ7 V8 diesel sports model is also expected and at least one plug-in hybrid.

The Q7 has also been updated with handling aids that flow down from the old SQ7, including rear wheel steering and active roll stabilisation. These features are likely to be optional. Air suspension and adaptive dampers will be standard.

How much does the Audi Q7 cost?

Audi isn’t actually talking prices yet, but the current 50 TDI turbo-diesel retails for $106,900 plus on-road costs – good luck finding one – so expect the successor to be at least $110,000.

What does the Audi Q7 get?

Again, because we are still a few months from launch, Audi is staying quiet about specific Q7 equipment highlights.

But things like a leather interior, power tailgate, eight airbags and four-zone climate control will continue to be standard.

One thing Audi is boasting about is the Q7’s semi-autonomous capability. It can do an emergency stop if it senses the driver has become non-responsive, but whether that’s standard, optional or unavailable in Australia we’ll have to wait and see. Either way, there will be plenty of standard driver assist systems on offer starting with autonomous emergency braking.

Audi proudly claims passengers can personalise up to 400 functions in the new Q7. It’s hard to imagine anyone having the time to do that, let alone figuring what all those functions might be!

Clearly, space is one of the Q7’s primary attributes. Seven seats are standard – you can order a five-seater as a no-cost option but Audi will not actually stock them – and you can fit a full-size adult in just about all of them. OK, row three is a bit more of a squeeze.

Luggage space expands from moderate to lots to gargantuan, depending on how many rows of seats are folded.

All that flexibility and capability helps explain why so many Q7s turn up on the snow and surf run, as well as parked dutifully in line to collect Jasper and Tuscany from the local private school.

Which brings us to actually driving the Q7. It has a reputation for being both an agile handler and distinctly comfortable and the update continues that tradition.

Some qualifiers, though: our test cars came with all the optional chassis trickery and we were steering left-hand drive Q7s on the left side of the road in Ireland. More relevant assessments come on that stuff when the Q7 lands here.

No qualifiers about the engines though; the diesels are smooth and responsive, the petrol engine moreso.

The Q7 is not only long, it’s also heavy. At more than 2.0-tonnes before you start loading people and their luggage onboard there’s nothing delicate about it.

While the Q7 behaves well on-road, it really is a challenge to manoeuvre in tight spots like carparks.

If you put aside the fact the Q7 is big, heavy, expensive and therefore conspicuous in its display of wealth and consumption, it’s hard not to be impressed.

It’s well thought out inside, has great driving manners and lots of 21st century connectivity to please the techno-heads.

The Q7 gets about as close to being a sensible buy as a large luxury SUV can be.

We’re buying more luxury SUVs. And the Audi Q7 is the very best of the bunch