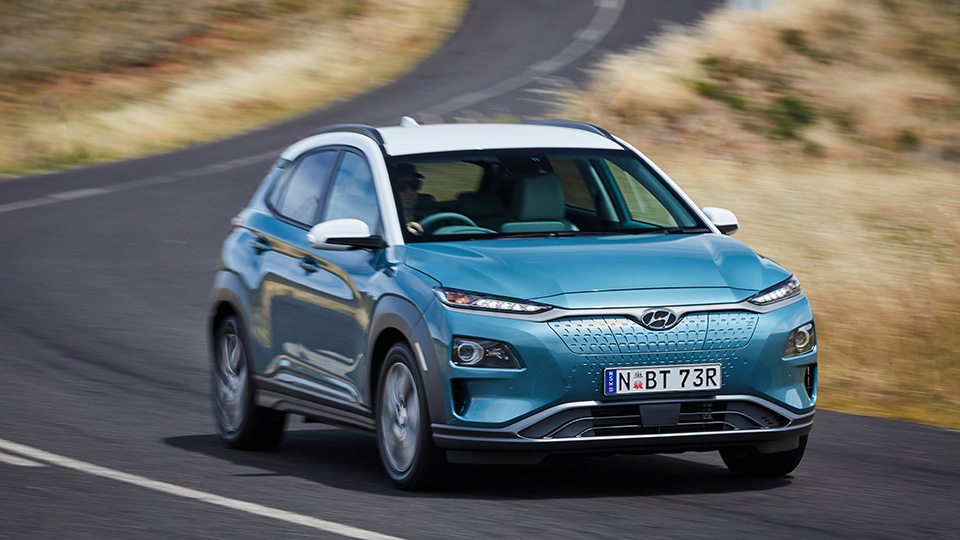 The Hyundai Kona Electric had to potential to make a splash in the market – there's just one big problem. Photo: Hyundai

Electric cars are going to start really intruding on our collective automotive consciousness this year.

While Tesla has carried the baton until now, luxury rivals Jaguar, Audi, Mercedes-Benz and Porsche are all soon rolling out zero-emissions electric vehicles in Australia.

That’s all well and good for the wealthy few per cent of the population who can afford to spend north of $100,000 on a new car.

But what about the new Hyundai Kona Electric? It’s a compact SUV with an anxiety-crushing 450-kilometre range from a brand renowned for value pricing.

Could this be the everyman BEV we’ve all been waiting for?

The Kona Electric is a five-door, five-seat compact hatchback SUV that draws its Hawaiian name from a model Hyundai has been selling in one of Australia’s most popular segments since late 2017.

The orthodox Kona is powered by a choice of petrol four-cylinder engines mated to either a manual and automatic transmissions and comes as either a front- or all-wheel drive.

It’s one of the most popular models in the compact SUV class, lining up against big sellers like the Mazda CX-3, Mitsubishi ASX and Toyota C-HR.

The Kona Electric is powered by a 150kW/395Nm electric motor fed by a large – for the vehicle’s overall size – 64kW/h lithium-ion polymer battery. Hence the enormous range for a small EV.

The Kona Electric is the only compact SUV BEV onsale in Australia today, so it’s got potential appeal to a wide audience.

Its combination of big battery and light weight for a BEV means it’s also got a long range rated via the realistic European WLTP standard at 449 kilometres.

That’s humungous by BEV standards. Hyundai’s only other EV, the Ioniq, which we tested last year, has a range of 230 kilometres.

But while the Kona deals with range anxiety, it can’t avoid the length of time it takes to recharge.

The quickest possible way is via a 100kW fast charger, which still takes 54 minutes to get to the optimum 80 per cent refill from empty.

Option the $1950 home-charger and you can recharge in nine hours and 35 minutes overnight off 240-volt power.

How much does the Kona Electric cost?

The Kona Electric Highlander is the most expensive Hyundai you can buy in Australia, even more costly than the top-spec seven-seat Santa Fe SUV.

Why is it so expensive? There’s some cost in the electric motor but it’s mostly about the battery pack – all that size and performance is not cheap.

Hyundai simply insists it couldn’t price the Kona Electric any lower. Combine that with significant demand in other countries like Norway, where EV pricing is subsidised, and no wonder Hyundai expects to sell just 400 per annum here.

What does the Kona Electric get?

At that price there’s no surprise Hyundai has weighed the Kona Electric down with gear.

Among other things, the Highlander adds LED headlights, wireless phone charging, a sunroof and heated and power-adjusted front seats.

The Kona Electric’s driving range is a revelation.

Our drive loop took us 180 kilometres over a real variety of terrain and at the end of it, the Kona said we still had 240 kilometres to go before recharging.

For EV drivers traditionally limited to a couple of hundred kilometres of range – or less – that is truly liberating.

The Kona Electric also delivers a couple of other EV attributes: It accelerates quickly, it’s very quiet and there’s no emissions coming out of a tailpipe.

But beyond that there’s limited space in the rear seat – this is a compact SUV after all – and in the boot as well.

And a negative spin-off from the lack of engine noise is the amount of tyre roar that fills the cabin.

In fact, the tyre thing is a bit of a puzzler. Hyundai fitted the Kona Electric with eco-tyres that maximise durability over grip and quietness.

This is one EV that doesn’t need to eke out every last kilometre, so a better tyre would have aided the locally-adapted suspension tuning more.

If the Kona Electric was $40,000 it would sell like hot cakes. But it isn’t, so it won’t. It offers a tantalising glimpse into our automotive future, while reminding us where we are at with BEVs right now.

On a logical basis driven by the hip pocket, you don’t buy the Kona Electric. But if you can afford it, and an environmentally conscious life is important to you, then go for it.

Hyundai Kona EV: Why this is the car that could have changed the electric vehicle market