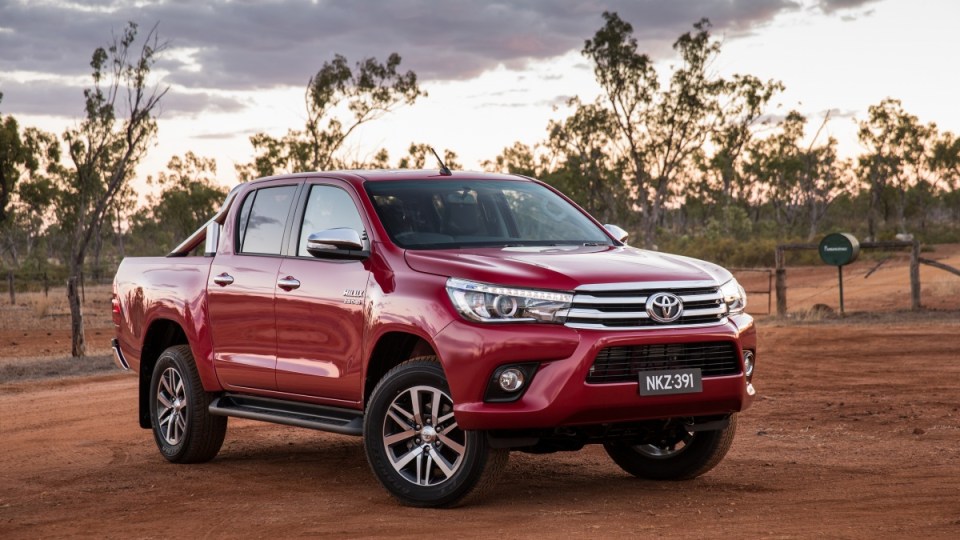 Light commercials such as the Toyota Hilux grew 8.6 per cent to 236,609 vehicle sales. Photo: AAP

Australia is in the grips of SUV madness.

New vehicle registration figures released this week show we bought more vehicles in 2017 than ever before, and that growth was driven by the sport utility vehicles (SUV) segment, which outsold traditional passenger cars for the first time.

And sales of blue-collar utes are soaring. The Toyota HiLux was Australia’s biggest-selling model for the second consecutive year, while its arch-rival, the Ford Ranger, slotted into second.

The biggest-selling passenger car in 2017 was the Toyota Corolla in third place. Add in the Camry in ninth, plus a bevy of other strong-selling models, and Toyota claimed overall market leadership for the 15th consecutive year.

The top-selling SUV was the Mazda CX-5 in sixth place in the order.

It was the fourth time in five years that Australia has set a new vehicle registrations record and the sixth consecutive year with sales above 1.1 million.

But it was the rise of SUVs and the increasing popularity of 4×4 crew-cab utes that were the biggest talking points out of the official VFACTS figures issued this morning by the Federal Chamber of Automotive Industries (FCAI).

The huge rise of SUVs is no surprise to industry leaders. Image and sales have lifted dramatically from the days of hardcore 4×4 wagons that were as capable off-road as they were agricultural to drive on the road.

The car industry loves SUVs because they can usually charge a price premium compared with an equivalently-sized passenger car.

“I think the SUVs provide people with the flexibility that was never experienced with a passenger-style vehicle,” FCAI chief executive Tony Weber said.

“But it has all the features, it has the luxury and it has the drivability … So many SUVs have leather seats now, satellite navigation and reversing cameras. All the features that people expect to be there.

“There is very little downside to buying an SUV.”

Utes have also benefitted from an increasing level of sophistication, with the most expensive four-door, five-seat models now the most popular.

“The pick-ups are [utes] like SUVs. When you go to the dual cab you are getting an SUV-style vehicle with all the luxury and flexibility again.

“Really, what’s happened is that the demarcation between what was a passenger vehicle, what was an SUV and a light commercial has been blurred. The market has evolved,” Mr Weber said.

Mr Weber predicted another record sales year for the Australian sector in 2018, driven by the continuing popularity.

“I think the fundamental underpinnings of the economy are still there,” Mr Weber said. “We are now into our 26th year of economic growth in this country, we have low interest rates, the market itself is very competitive and there are so many good deals out there.

“I think all the ingredients are there for continued growth.”

Holden posted its lowest-ever market share as its sales continued to slide, while Korean brand Kia was the big improver with a 28 per cent sales increase.

Car sales: Australia’s love affair with the large and luxurious