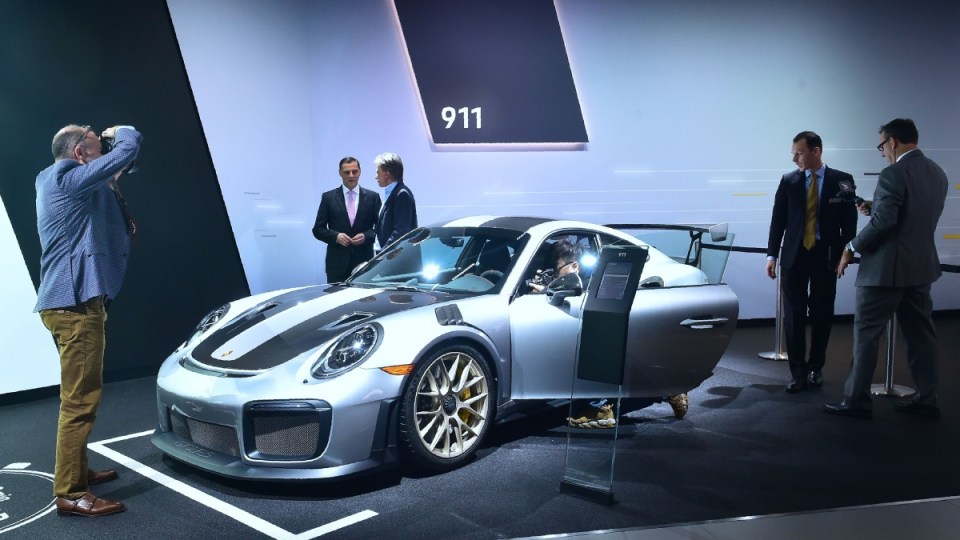 Two of the most iconic vehicles of the petrol-fuelled age, the Porsche 911 luxury sports car and Jeep Wrangler off-roader, have bowed to progress and will go electric.

The US Wrangler, which can trace its history back to World War II, and the German 911, which first appeared in the early 1960s, will both add rechargeable, plug-in petrol-electric hybrids to their traditional model line-ups by 2021.

The shock news was delivered on Friday (AEDT) in Los Angeles during the car-culture capital’s annual motor show, where petrol-sucking V8 engines have traditionally reigned supreme.

Hybrids use electric motors and battery packs in conjunction with traditional petrol engines to save fuel and lower emissions. The technology was pioneered in the mass market by the Toyota Prius in the 1990s but without becoming popular in Australia.

A plug-in hybrid can recharge from a wall socket to extend its emissions-free, electric-only driving time.

With the push for cleaner air and reduced fuel consumption becoming more stringent internationally, the plug-in 911 and Wrangler show how widespread the auto industry’s move to electrification has become.

“A full plug-in electric Jeep Wrangler will be available in 2020, furthering our commitment to all those who value the responsible, sustainable enjoyment of the great outdoors and very importantly future-proofing this Wrangler for generations to come,” Jeep’s global boss Mike Manley told media at the unveiling of the new-generation vehicle.

Not only that, Mr Manley declared the Wrangler hybrid would be the first of many hybrids from Jeep.

The silver lining for petrol-heads is that electric motors deliver big power and torque increases for petrol engines. Both Porsche and Jeep admit that’s important compensation for the extra expense of adding an electrified powertrain to their vehicles.

“I think it is our responsibility for sustainability on the one hand, but on the other hand we think electro-mobility fits perfectly to Porsche,” the company’s executive board chairman Oliver Blume told The New Daily.

“Which level we go with the [911] hybrid isn’t decided yet, but it has to be a very sporty one.

The 911 plug-in hybrid is intended to have up to 50 kilometres of emissions-free running as well as be one of the fastest examples of a breed already capable of astonishing speeds.

“Everything we do in future with electro-mobility will be a real Porsche,” Mr Blume said.

Porsche has already released a plug-in hybrid versions of its Panamera saloon and Cayenne SUV models, but it has delayed introducing the technology to the rear-engined 911 and other sports cars because of the need to reduce weight and improve the performance of the Lithium-ion battery packs in which the electricity generated by the electric motors is stored.

“We wait for the next battery generation to do it [911] very sporty when we do it,” Mr Blume said.

“We haven’t decided yet which year it will come after the presentation next year and if it is 2020 or 2021 we haven’t yet decided.”

Hybrids are seen in the industry as a halfway step towards battery electric vehicles, such as he already popular Tesla Model S.

Porsche will introduce its first BEV, the Mission E, in 2019, will invest significantly more than 3 billion euros in plug-in hybrids and purely electric vehicles over the next five years.

Fellow German brands Mercedes-Benz, Audi, BMW and Volkswagen will all ramp up their roll-out of pug-ins and BEVs over the next few years.

There are enormously varying estimates for how much market hybrids and EVs will take over and how quickly, but General Motors recently declared an ambition to sell one million electric vehicles per annum by 2026.

When these cars go hybrid, you know the industry means business