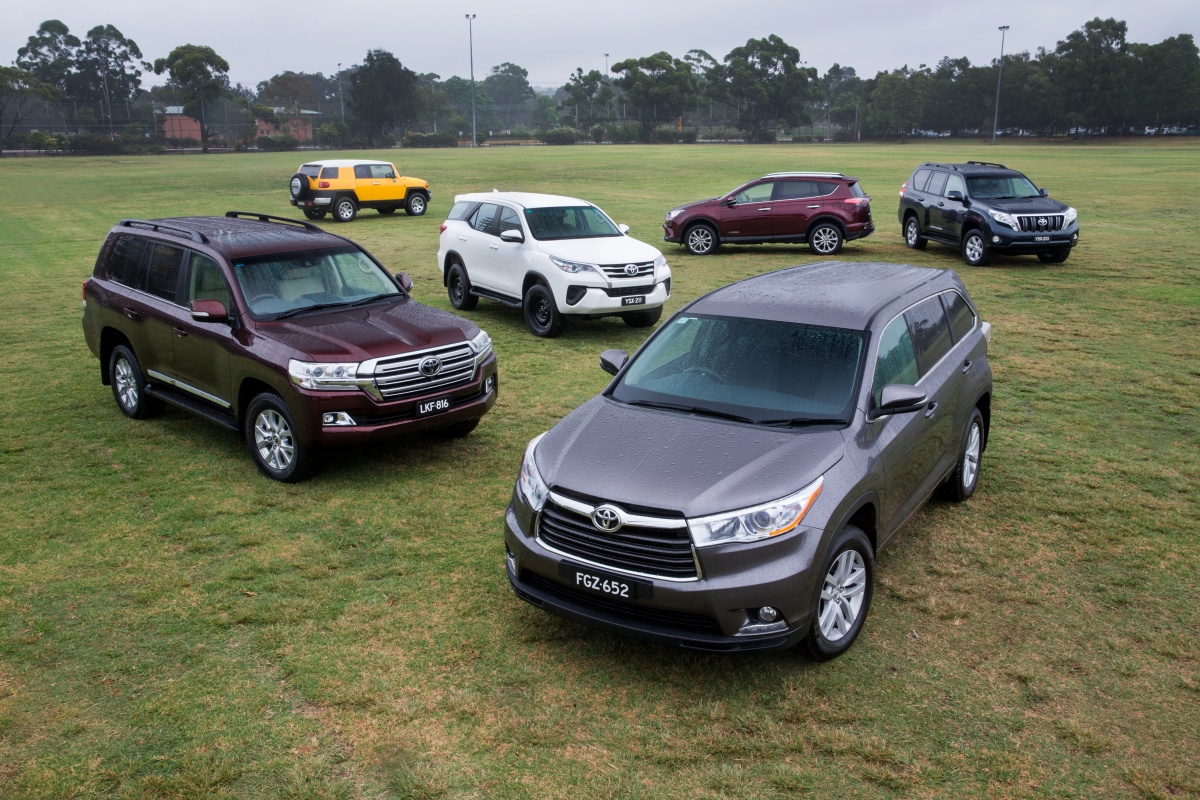 Step outside, take a deep breath, and admire any hatchbacks and sedans you can see. They are an endangered species.

• The best day drives in each Aussie state
• How Uber is able to exploit our desperation
• Going viral: why we’re addicted to online distractions

Over the past decade it slowly became apparent that SUV sales could, one day, overtake passenger cars in Australia.

Now, suddenly, they might be leading by the end of the year (see graph below). The Small, Medium, Large and Upper Large categories of SUV are all growing, but in May, the fastest mover was Upper Large. The industry sold 29 per cent more ‘Toorak Tractors’ than in May 2015.

SUV Upper Large includes vehicles under and over $100,000. There was a healthy 18 per cent increase at the cheaper end. But the nation saw a startling 133 per cent leap in sales of huge SUVs costing over $100,000.

But the Bentley really caught this writer’s eye. It is the first SUV made by the deluxe British car company. Bentayga is its name. In its first month on sale it sold 10 units. I went to look up the price and was flabbergasted. $420,000. Plus extras.

You can pay $55,000 for an included picnic hamper; around $3000 for an electrically retractable towbar; or get a Breitling clock installed on the dashboard for $300,000 (It is not clear if any of the models bought in Australia got the clock).

The Bentayga is five metres long, has a six-litre engine that will get from zero to 100 in 4.1 seconds and is, in an aesthetic sense, utterly generic. Here’s a photo of one loitering in the leafy streets of the Melbourne suburb of Toorak. But a blobbish physical form hasn’t seemed to prevent the Porsches Cayenne and Macan selling thousands of units, so this car will probably be a hit.

And really, Bentley had to drop a school pick-up wagon ASAP. Lamborghini has one coming and that would probably have stolen its thunder. Nobody will mind that it gets 19 litres per 100km in an urban environment. It’s not about that.

With fuel now under $1.20/L, economy doesn’t seem so important. That shows up industry-wide. Sales of small cars are down – the micro category that includes the Mitsubishi Mirage slumped 27 per cent so far this year and the light category (e.g. Suzuki Swift) is down 15 per cent.

Instead of small cars our roads are clogged with vehicles that could, in theory, cross the Gibson Desert.

The release of the Bentayga marks the point at which the SUV trend is so firmly entrenched that even marques without a skerrick of off-road heritage understand that putting one in the range is unavoidable.

What’s wrong with that?

Desire for an SUV is very understandable – the extra height makes you safer in a crash, and gives a better view of the road ahead. Is there any reason to begrudge people that?

SUVs are a classic arms race. The main reason to get one is that everyone else has one. If you’re the only schmuck still in a sedan, you’re going to get crushed in a crash, and in traffic you can’t see beyond the tailgate of the car in front.

You wouldn’t want to stop true off-roading enthusiasts or farmers from having one, but rules that gently try to de-escalate the situation on Australia’s city streets are long overdue.

I remember when it was normal to laugh at America for their outsized cars. But it won’t be long until we have become them.

SUV-ival of the richest: our obsession with big cars