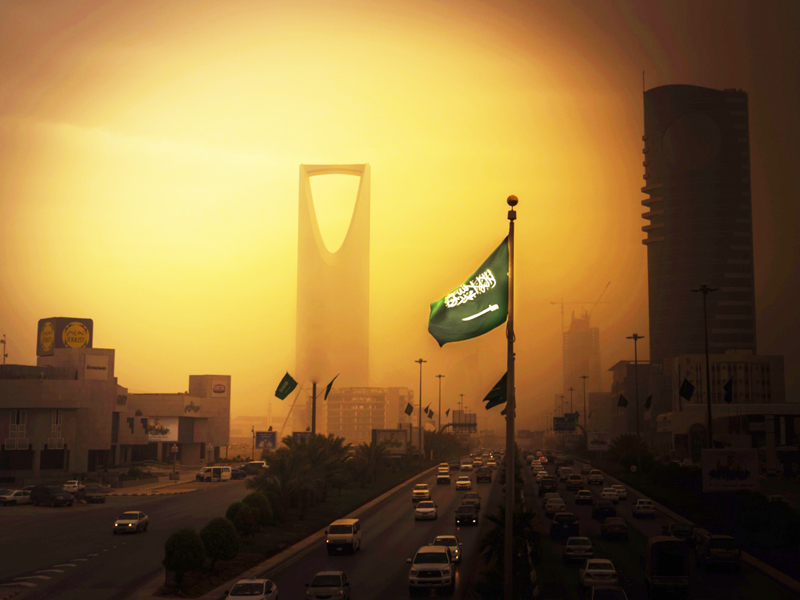 A lawyer for two Saudi journalists detained in Australia after seeking asylum say they were outed as gay by Saudi authorities over foreign media contacts.

On Tuesday, the Saudi finance ministry revealed the kingdom’s budget deficit was equivalent to almost $A135 billion, the highest since it was founded in 1932.

This is bad news for locals, who will be forced to pay more for petrol, electricity, water, diesel and kerosene, as their government attempts to conserve revenue by slashing utility and fuel subsidies.

But for Aussies, the Saudi 2016 budget contained this heartening news: the kingdom seems to want crude oil prices to keep falling.

This is according to many analysts, including the International Energy Agency, which predicted an oil surplus until at least late next year.

It can also be inferred from the budget papers themselves, according to Jadwa Investment. The Saudi-based firm said the 2016 budget seemed to predict a crude oil price (Brent) of $US29 per barrel next year. As context, the Brent price of $US36 on December 11 was a six-year low.

If crude falls, you win

An Australian fuel price analyst told The New Daily that crude oil and bowser prices move “almost bang on” with each other, three weeks apart.

“We’re having flow-ons to the pump very proportionate to the drop in crude, so if there is a downward direction to crude oil prices then the motorists will benefit,” MotorMouth fuel price analyst Alan Cadd said.

“It takes about three weeks for a crude oil price fall or rise to flow through to our pumps and the rough rule of thumb is that a dollar off the barrel is worth a cent a litre off the pump.”

If the analysts are right, and OPEC led by the Saudis doesn’t slow production, the low price of crude, which has already given Aussie motorists relief at the pump, will probably fall further.

Between July and September this year, the average petrol price in five capitals (Sydney, Melbourne, Brisbane, Adelaide and Perth) was $1.332 per litre, 2.6 cents lower than April-June, the Australian Competition and Consumer Commission (ACCC) reported.

The consumer watchdog attributed the price decrease to the drop in the price of crude oil, about 40 per cent of which is sourced from OPEC.

An estimated 50 per cent of the pump price is determined by the international price of refined petrol (Mogas 95), which in turn is influenced by crude oil, according to the ACCC.

Why are the Saudis doing this?

The huge Saudi deficit is partially self-inflicted. The kingdom, along with OPEC, is over-producing barrels, seemingly in a deliberate attempt to crash the price.

Why? Many analysts believe the kingdom is trying to bankrupt its US competitors.

When the oil price is high, the expensive and inefficient process of shale oil drilling becomes profitable in the US. When the price is low, drillers may be put out of business.

OPEC nations led by the Saudis are not reliant on shale drilling, and so they seem to be gambling that they can outlast the price war.

What all this means for you is that, so long as the kingdom wages its oil war, you win.

But … the exchange rate

The only snag in all this is Australia’s weak dollar. The benefits of cheaper crude can be lost if our currency drops in comparison to the US dollar.

For example, if our dollar was as strong as it was in January 2013, petrol prices would have been 20 cents per litre cheaper between July and September, the ACCC estimated.

The potential impact is “huge”, as the ACCC chairman described it, because oil and petrol are traded internationally in US dollars.

Why Saudi Arabia’s huge deficit is good news for you