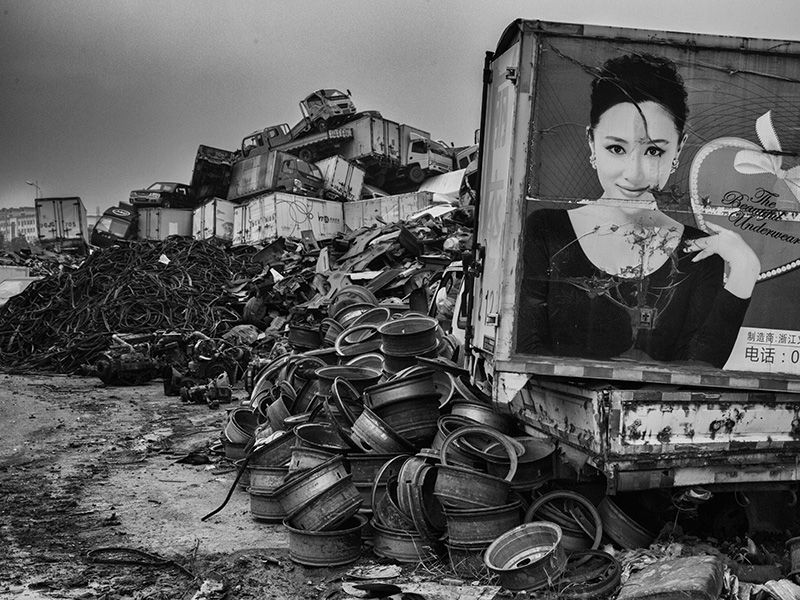 Quality issues and a dispute with a distributor seem to be killing Chinese car brand Great Wall in Australia.

Meanwhile, Chery has been spat out. Chery has sold just 174 vehciles, down from 500 last year.

Both Chinese car brands have sold vehicles in Australia that included asbestos. That was in 2012, but the recall scandal didn’t finish them off, nor did it stop future recalls.

Earlier this year, Great Wall recalled utes to fix a problem with the fuel system.

China is famous for product quality scandals. A 2008 milk quality scandal that sickened thousands of children and killed at least six is only the most famous. A recent article from The Diplomat spells out the torrid history.

“There are insecticides in dumplings, eggs repeatedly tainted with melamine, urea in bean sprouts, 40-year-old meats, hepatitis A in frozen berries, plastic rice, formaldehyde in beer, sewage used as cooking oil and tofu marinated in human feces. This brief list hardly runs the gamut, because for every scandal that breaks there are hundreds of unreported cases – and that’s only looking at food. Foreign nations have endured cyanuric acid in pet food, toothpaste adulterated with diethylene glycol (a chemical used in antifreeze and brake fluid), carcinogenic crayons, poisonous cough syrup, and toys containing date-rape drugs.”

Quality in cars matters a lot. We trust our lives to every component. So it is no surprise those Chinese brands are slinking out of our market.

What may be a surprise is to hear that new brands are arriving hot on the heels of the old ones.

Foton vehicles is a brand based in Beijing, founded just 19 years ago. It has been in Australia a couple of years now and has sold just 834* vehicles this year, but it is on the rise.

A CarsGuide review of the Foton Tunland – a ute – is amazingly positive.

“All other ute makers should be alarmed. The Foton Tunland name might be unfamiliar now, but the vehicle is well priced, well specced and goes well too. We’d have one.”

LDV is actually an old British brand – Leyland Vans. It went broke and was sold to some Russians, before being sold to the Chinese. Now based in Shanghai, LDV has been selling vans Australia for less than a year, and has clocked up 474* sales so far.

What you will notice about those two brands is that unlike Great Wall Motors, neither sounds especially Chinese. LDV – using an old and established brand – is working especially hard to lose its Chinese image.

Country-of-origin marketing matters a lot to consumers. When we see a product is “Made in China” we bring a lot of expectations. We know there are thousands of factories there, some good and some very bad, but the reputation of the country still matters.

But country-of-origin rules can be gamed. In Italy, there are whole villages full of Chinese people, working for Chinese wages in Chinese conditions in Chinese-owned companies – all so clothes can have a “Made in Italy” tag.

Companies know the impression of a country can make their product seem much better.

Häagen-Dazs, for example, is a mass-produced American ice-cream trying to sound like it is from Europe. Apple, likewise, tries to emphasise “designed in California” instead of “Made in China” for its products. And, maybe, that is what matters.

The memory of one bad experience lasts a long time. But when was the last time you had a really bad Chinese product?

People are slowly realising Made in China can be okay.

Our houses are full of things hailing from Chinese provinces most of us could scarcely pronounce: Guangdong and Guangxi, Hunan and Henan, Hubei and Hebei.

Many illustrious brands make things there. Not just Apple but also Prada – a brand that is essentially only an image of quality – makes stuff in China now.

China is big enough to specialise. There is a small city near Shanghai that makes nearly half the world’s socks – enough each year to put a sock on each human foot and have some left over.

Because China is getting better at manufacturing, it is no longer the cheapest place in the world to make things. Pakistan, Vietnam and Bangladesh are filling that niche. It is focused more on quality.

China’s government has a “2025 plan” to become a centre of quality manufacturing within a decade.

Resistance is futile. With the prospect of low prices and an increased commitment to free trade in China, Chinese car brands will keep coming.

The pattern is familiar. We laughed at Japanese cars in the 1960s, but soon grew to love them. The same thing happened with Korean cars, and so it seems we will soon love Chinese cars.

It may not be the Foton or the LDV. It may not even be a brand that exists yet.

But Chinese cars are likely to be parked up and down the streets of our towns before too long. There is no wall we can or will build to keep them out.

*CORRECTION: This story originally stated: ‘Foton vehicles is a brand based in Beijing. It has been in Australia a couple of years now and has sold just 70 vehicles this year, but it is on the rise.’ As well as: ‘LDV is actually an old British brand – Leyland Vans. It went broke and was sold to some Russians, before being sold to the Chinese. Now based in Shanghai, LDV has been selling vans Australia for less than a year, and has clocked up 50 sales so far.’ These figures are incorrect and should read 834 and 474, respectively. We’re about to be swamped by Chinese vehicles