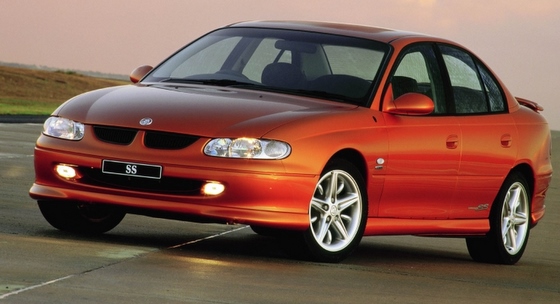 There are a lot of things to consider when purchasing a car, but would you ever take into account the likelihood of it being stolen?

Data from the National Motor Theft Reduction Council (NMRTC) has revealed the most stolen car models in Australia between 2014 to 2015, and it’s bad news for anyone still hanging onto their Holden Commodore VT.

Executive Director of the NMTRC Ray Carroll says despite gangs starting to get their hands on newer hacking technology, the easiest way to keep your car safe is still a tried and tested method: keep an eye on your keys.

The Commodore VT ceased production in 2000, but it has topped the list of total car thefts in Australia for the past four years.

Executive Director of the NMTRC Ray Carroll says the Commodore owes its spot on the list to its popularity before the millennium.

“There were so many Commodores sold, so when they crash you need repair parts,” he said.

“And as they get older, they might be out of the insurance cycle, so they’re more likely to be repaired with a stolen part.”

Second on the list is the nation’s favourite automotive workhorse, the Toyota Hilux.

Mr Carroll attributes the Hilux’s presence to its great reputation all over the world.

“With the Hilux, 40 per cent aren’t recovered,” said Carroll.

“There’s a huge international market for their parts. And because they’re so popular with tradies, there’s often a set of tools in the back or even a trailer attached.”

In fourth spot is a surprise, however.

“The Nissan Pulsar is a very interesting one because they’re not the world’s best car,” said Mr Carroll. “But there are gangs of young men who go after them specifically.”

How Australian cars are stolen

“You don’t need to be a technical genius if you’ve got the owners keys in your pocket,” he said.

According to Mr Carroll, police have noticed a surge in “sneak theft” – a term coined to describe break-ins that don’t involve actually breaking in.

“These thieves don’t want to confront the owner or bash anyone, they’ll just find an open door, sneak in and grab your keys.”

Mr Carroll said keyless entry cars were no less safe than other cars, although new methods used in Europe could soon change that.

‘Key relay theft’ works similarly to the wifi extenders many people have at home.

If a thief knows which car is yours, they can relay the signal of your keyless fob through an accomplice, then open and turn on your car from farther away.

We haven’t seen this method used in Australia yet, although Mr Carroll said a separate method which involves perfectly legal instruments is gaining popularity here.

“With Toyota there’s an issue where people are importing onboard diagnostic tools, and using them with some auto electrical knowledge to disable the immobiliser.”

The “electric hot wiring” is Mr Carroll’s hot tip to cause trouble in the future, but for the moment Australians would benefit more from keeping their keys near them and houses locked. These are the most stolen car models in Australia