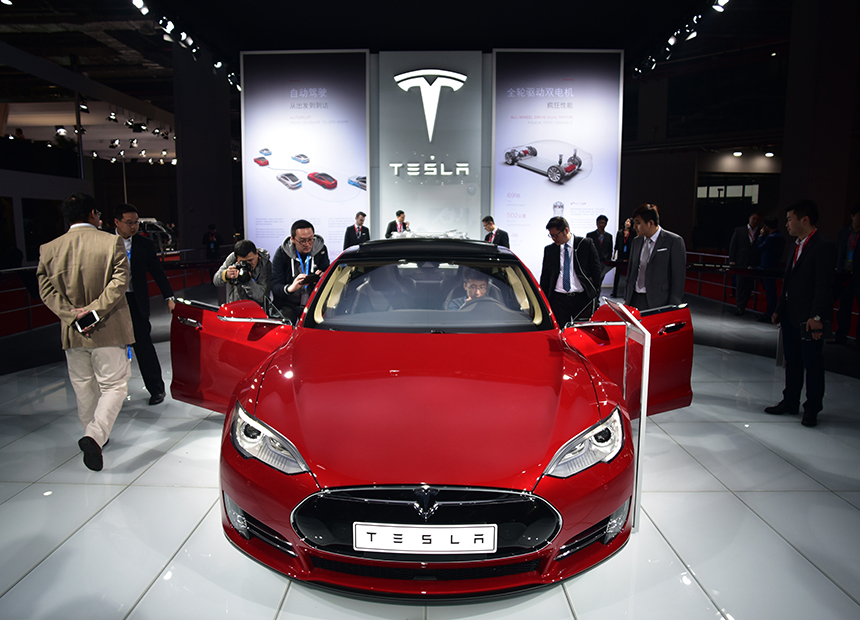 The new Tesla S P85D “performed better in our tests than any other car ever has, breaking the Consumer Reports Ratings system,” said Mark Rechtin, automotive editor for the consumer group told The Australian.

“With a six-figure price tag, the P85D is expensive, meaning its virtues will be experienced by a rare few. But its significance as a breakthrough model that is pushing the boundaries of both performance and fuel-efficiency is dramatic.”

The score sent Tesla shares rocketing up 8 per cent in one day, further cementing its status as the outright electric car market leader.

But what’s so good about the P85D?

Well, for starters the car’s “insane mode” allows the sedan to go from 0–100 kilometres per hour in 3.5 seconds, making it the fastest car Consumer Reports has ever tested.

Despite its speed, the P85D will hardly break the bank on fuel.

The 12-year-old car company reported a loss last financial quarter, as it prepared to expand and eventually target a less expensive market.

In 2009, the US government loaned the American up-start $465 million to fund the Model S.

The car became the first electric vehicle to top monthly new car sales ranking in any country, leading Norway in 2013.

New Tesla so good it broke the rating system