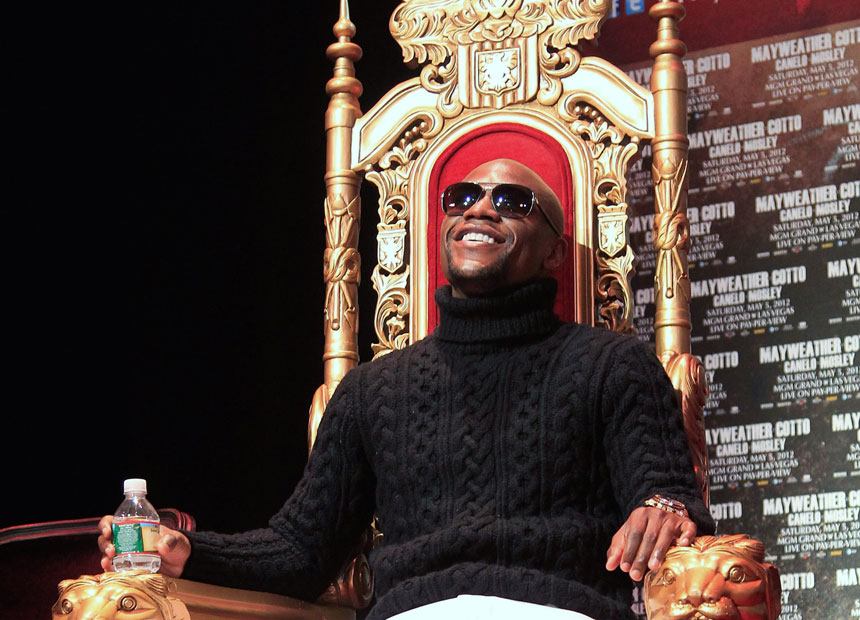 Boxing heavyweight Floyd Mayweather Jr. has shared his new toy with the world.

• Looking for a small car? Here are five of the best
• Why Tesla is your new dream car
• Famous ‘Batman’ dies by his Batmobile

Koenigsegg only produced two of this particular ‘hyper car’, which can reach speeds of 400 kilometres per hour.

The professional boxer is currently the highest-paid athlete in the world according to Forbes, but it can’t be said Mayweather Jr. is modest about his status.

“My new 4.8 Million dollar car,” bragged Mayweather Jr. on his Instagram account, with one commenter writing “you cheapen the brand”.

Previous posts have included Mayweather Jr. packing stacks of hundred dollar bills into a Louis Vuitton bag, and a video of a million dollars in cash.

Mayweather Jr. has also posted a picture of his three newly-purchased Bugattis in front of his private jet – his version of a family photo.

Earlier this year, Mayweather Jr. defeated Manny Pacquiao in what was billed as the fight of the decade.

Rousey made mention of Mayweather Jr.’s history of domestic abuse, saying: “I wonder how Floyd feels being beat by a woman for once.”