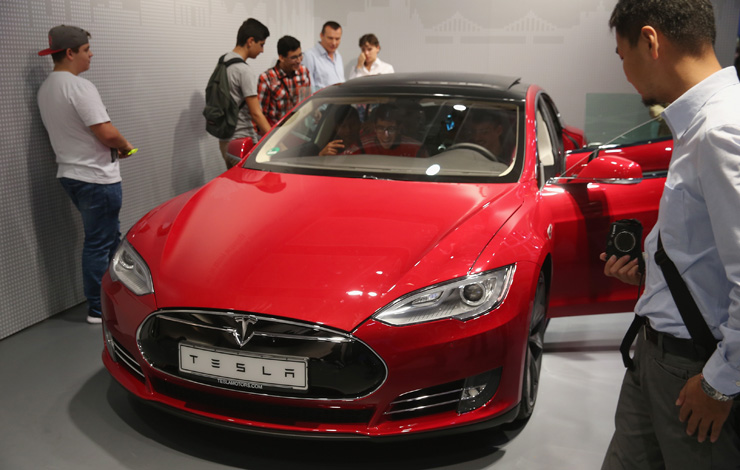 Tesla is primed to introduce a pioneering (and lucrative) customer referral scheme for its US customers to boost sales of its new Model X SUV through word of mouth.

The incentive bonus, sounding similar to a pyramid scheme, was revealed by US magazine Car and Driver.

When current owners of the Model S refer a friend they receive a US$1000 credit off the purchase price of their next car, while the friend also gets US$1000 off the price of the car that’s been recommended.

If you recommend five friends, you earn a tour of the Tesla factory, but convince 10 mates and you get to buy a special-edition Founder’s Series Model X at a $20,000 discount.

Even better, the first person to recommend 10 friends in their US State gets a top-of-the-range Model X for free.

The new incentive scheme, thought to be a trial, will run until 31 October 2015.

In Australia, Tesla is offering a version of the referral program between now and October 31.

Any purchase of a Model S through an owner’s referral will earn the buyer a $1500AUD discount and the existing owner – who referred the new customer – a $1500AUD credit to go towards any future purchase, service charge or accessory cost.

The limit is ten discounts of $1500AUD per person (before you get too excited).

Any owner referring up to five friends ordering a Model S will receive an invitation for himself or herself and a guest to attend the grand opening of Tesla’s Gigafactory in Nevada.

If they refer 10 new customers to Tesla, they are entitled to purchase a Founder Series Model X, which is not available to the buying public, with all options free of charge.

According to Tesla, the options are worth $25,000 retail. The first person to reach 10 referrals in the Asia/Pacific region will win the car at no cost to themselves.

This article first appeared on Motoring.com.au

Refer 10 friends and you could win a free Tesla