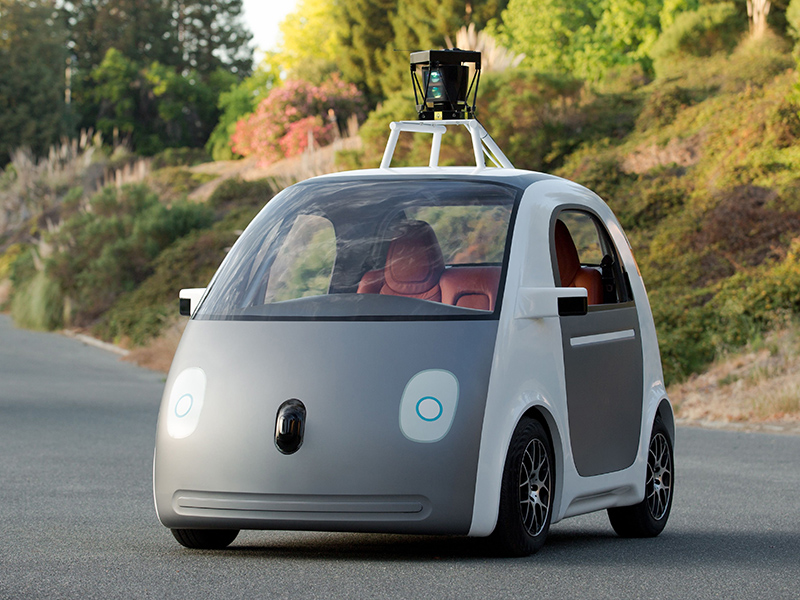 Have you ever wanted a personal chauffeur to drive you on that long commute home, or found yourself distracted by your kids when you should be concentrating on the road?

Perhaps the limited mobility of a wheelchair makes travelling from Point A to B a challenge not worth the hassle?

• This is what the future of Australian cars looks like
• Green machines: The five top planet savers

For those who long for a way to make travel by car an easier endeavour, your day has finally come: say hello to the self-driving car.

No longer the realm of sci-fi fantasy, cars that drive without needing a human behind the wheel are now a reality. In fact, some self-driving cars don’t even have a wheel.

With smartphone and wearable device integration – like a smartwatch – vehicles can also be controlled from afar. Imagine sending your car to pick up the kids from school before returning to you at work, all with a few swipes.

Some vehicles can even behave like a personal driver: dropping you off at your destination before heading off to find a car park to await your signal to return, when it will come and pick you up. Just like Alfred and Batman!

Among other benefits, self-driving cars could lead to a reduction in road accidents and traffic congestion. Automated speed control will also allow for higher speed limits, meaning a swifter journey.

Self-driving cars never fall asleep at the wheel or experience road rage. They won’t look at their mobile phone every time they get a text message and they won’t park by ‘touch’ at the local shopping centre. Think of any fault a human driver could be guilty of, and chances are it will never happen with a self-driving car.

We’re still likely five or so years away from seeing the first self-driving car hit Australian roads. However, local companies are already preparing for their arrival.

No, it’s not witchcraft – just an enormous feat of engineering and software programming. Not only do manufacturers need to give a vehicle the ability to ‘see’ its surroundings, but also to interpret this information with extreme accuracy.

Seeing the road is accomplished with a variety of sensors – like cameras, laser sensors and GPS – which feed data to a central computer to build a 3D map of the environment around the vehicle and the other objects, cars and people within it.

Some models come with a steering wheel and manual controls, but others, like Google’s first prototype car, have no manual controls whatsoever, leaving you completely free to re-enact the Bohemian Rhapsody scene from Wayne’s World with impunity.

In the case of the latter, there’s a very real possibility your driver’s license will eventually become a thing of the past. Imagine the jokes young people will make in 30 years’ time when you tell them that everyone ‘back in your day’ had to have a license to drive.

Any time an element of automation is built into a previously manual operation, there will always be concern for safety. This is especially so when the task at hand is driving, which up until now has been the domain of skilled and experienced humans.

Any manufacturer can build sensors and complex electronics into a vehicle to help it navigate without human intervention, but the real safety test is how the software powering these sensors deals with people, or even animals, in the environment.

Can a self-driving car see a child playing with a ball up ahead on a footpath and prepare for the possibility of them straying onto the road? Naturally, building this kind of life experience into a car is something developers are finding a challenge.

The software behind Google’s self-driving car has been ‘taught’ how to differentiate between a cyclist and another vehicle, and even how to interpret a cyclist’s hand signal and respond appropriately.

As computer intelligence improves, cars like this that ‘learn’ how to drive will actually become better drivers than most humans.

For the able-bodied public, self-driving cars may seem like a bit of a luxury. Indeed, when entry-level cars become a familiar sight at your local car dealership, they’ll still be somewhat expensive.

But for many millions of people on the planet who are unable to drive due to disability, illness or have simply reached an age where driving can be a challenging endeavour, self-driving cars can offer the empowerment of increased independence and mobility.

Step into the future

We’ll need government legislation to change before autonomous vehicles hit our roads. In the meantime, here are a few self-driving cars being developed right now to get you excited about your future.

Looking more like a space-age silver pod than a car, the Mercedes-Benz F 015 is the ultimate self-driving car. Futuristic, stylish and packed with amazing features, the interior of the car feels more luxury lounge than vehicle.

A concept project from Google, this cute two-seater self-driving car has no manual controls, leaving occupants to sit back and enjoy the ride.

Volvo has turned the biggest pain about driving into a pleasure: parking. Just pull up your vehicle, get out and send your car off to find its own parking space. When you’re ready to go, alert your car to come pick you up, then drive off into the sunset. Voila!