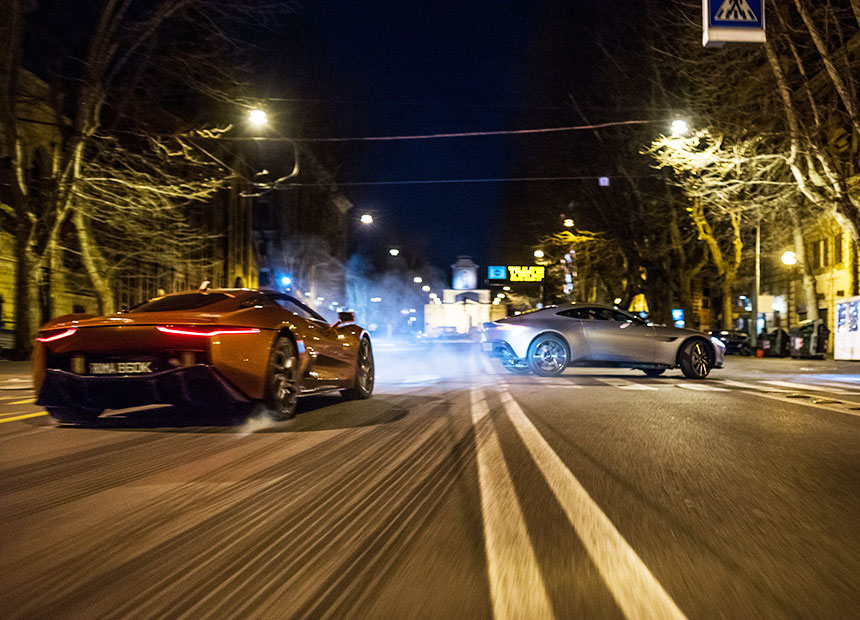 While cinephiles are keenly anticipating the new James Bond flick Spectre for its sweeping cinematography and all-star cast, revheads have something else entirely on their minds.

The franchise is also known for its exhilarating chase scenes featuring everything from hearses to villains on skis to helicopters.

This year’s instalment, Spectre, will be no different, with filmmakers teasing a high stakes showdown between Bond (Daniel Craig) in a Aston Martin DB10 and his nemesis, Mr Hinx (Dave Bautista), in a Jaguar C-X75.

The cars will race through the streets of Rome, just one of the numerous international filming locations for the movie.

“I love the idea of this fantastic car being in a one-on-one battle with another incredible car from Jaguar, which is similarly extraordinary actually,” director Sam Mendes said.

“So it’s a cat-and-mouse game through the night time streets of Rome, at great speed, between two of the fastest cars in the world.”

The Aston Martin DB10 was designed specifically for the film, while the Jaguar model is a concept car unavailable for actual sale.

You can see the car chase in full when the movie hits Australian cinemas on November 6 but for the time being you’ll have to be content watching this behind the scenes clip.

What a gruelling, six-week campaign has revealed about Anthony Albanese
Rebel Wilson recalls sexual harassment by male co-star
Downpours to leave Qld towns isolated ‘indefinitely’
Millions around the world could starve as Russia accused of weaponising food
Fever cases hit 2m in COVID-hit N.Korea
Suspect in US race-hate shooting appears in court
This is what the future of Australian cars looks like
Today's Stories

Behind the scenes of the next James Bond car chase