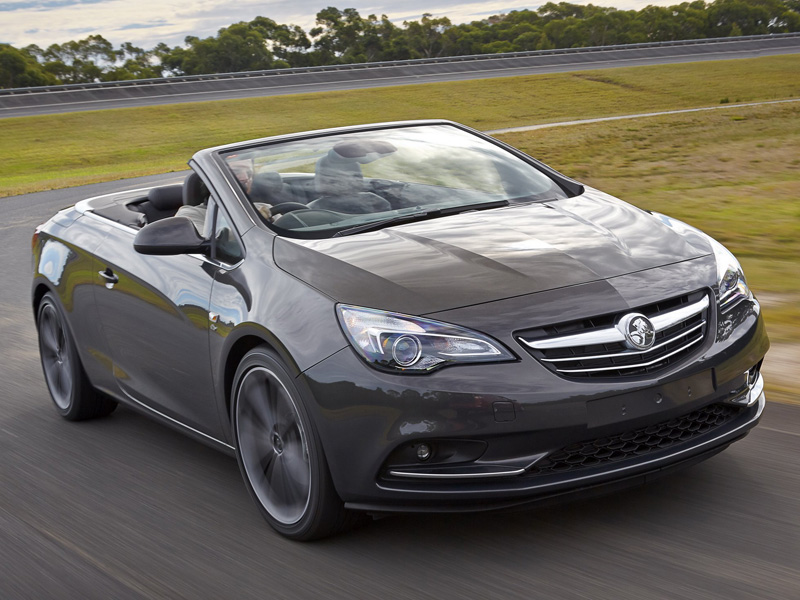 GM Holden has unveiled its first tranche of European-sourced small cars, which will be crucial in its transformation from a homegrown car maker to an import-only operation.

Holden plans to source about one-third of its future models from Europe, through its fellow General Motors subsidiary, the German-based Opel.

The new models, the Astra and the Cascada, are designed and engineered by Opel but are made at a plant in Poland. Another future Opel import, the Insignia, will be made in Germany.

It marks the start of a major makeover of Holden’s model range, as 24 vehicles and 36 engine-gearbox combinations will become in the next five years, taking the car maker well beyond the end of local production in later 2017.

Holden’s executive director of sales, Peter Keley, argues that the Astra and Cascada will be “aspirational, halo vehicles” for Holden, which has historically been identified with larger family cars like the Commodore and V8 muscle cars.

“The European product does have a special cachet, in particular the German products,” Mr Keley said.

Holden is looking for the new models to attract new audiences and rather than mass sales. The Astras are two-door models, or a three-door hatchback model.

One tricky part is that Holden argues that the cars fit into the sub-$80,000 sports car segment, rather than the highly competitive small car market of $40,000 and under which includes best-sellers like the Toyota Corolla, Mazda 3 and Hyundai i30.

Instead, Holden sees the Astra as competing against models like the Hyundai Veloster, Kia Serato, VW Sirocco and Renault Megane.

The Astra brand is well known in Australia, originally launched in 1996 and sold until 2009 when an attempt by Opel to sell directly into Australia between 2012-13 fizzled.

Apart from competing against established competition, Holden faces another challenge in the interplay of free trade agreements and currency movements.

Australia has FTAs with Japan, South Korea and Thailand, but it does not have such an agreement with the European Union.

In January, the local market leader, Toyota, cut its prices on the back of the Australia-Japan FTA, which translated to an $800 price cut on its cheapest model imported from Japan, the Yaris, with bigger price cuts for more expensive models.

Not all Asian car makers cut their prices due to the FTA, with the Thai baht and the Korean won having been stronger against the Australian dollar than the Japanese yen.

The Korean-based Hyundai said it would add value by including reverse parking camera and Pandora sound system as standard, and making the drive-away prices competitive. It cites a drive-away price of the i30 as $19,990 and $21,990.

However, currency movements will be a constant juggling act for Holden, as it will import cars from Europe, Thailand, the US and Korea.

The arrival of Holden’s future models comes as it trying to reshape its image as being as Australian as meat pies, footy and kangaroos.

Early this year, it launched a “Let’s Go There” advertising campaign which aims to “progress its identity in Australia”.

Part of the Holden revamp is new light car, the Spark, which adds extra SUVs and gives the company a sports car to compete against the Ford Mustang from the US.

Meanwhile, another local car maker, Toyota, is preparing for life after it stops local production of the Camry and the Aurion in Melbourne.

Toyota Australia on Tuesday held a ceremony at the Altona assembly plant to mark the production of a new-look Camry model which will be made until the end of 2017, when the plant will close.

The Japanese car maker doesn’t have the historic profile of Holden or Ford as an Australian carmaker, but Toyota has made more than 3.2 million vehicles locally since 1963. More than two million vehicles have been at Altona since it was opened in 1995.

The president of Toyota Australia president Dave Buttner, said on Monday the company was “100 per cent” committed to continuing production until the end of 2017.

“Although this will be the last car we build in Australia, we have vowed that it will be the best,” he said. “That means we are aiming to achieve the best safety, quality and efficiency results when compared to other Camry-manufacturing plants around the world.

“Our team members have already been working extremely hard. I have no doubt that this will be our best ever vehicle and will leave a long-lasting legacy of our time as a vehicle manufacturer in Australia.”

The exterior of the new-look Camry has had a big overhaul with a total investment of $108 million, which includes almost $24 million from the Federal government and an undisclosed contribution from the Victorian government.

The plant expects to build approximately 90,000 vehicles this year, which equates to around 420 units per day.

About 70 per cent of this output will be exported, mostly to the Middle East, as well as New Zealand, South Pacific Islands and for the first time, Thailand.

Pricing and vehicle specifications will be released mid-next month when the new-look Camry goes on sale.

This is what the future of Australian cars looks like