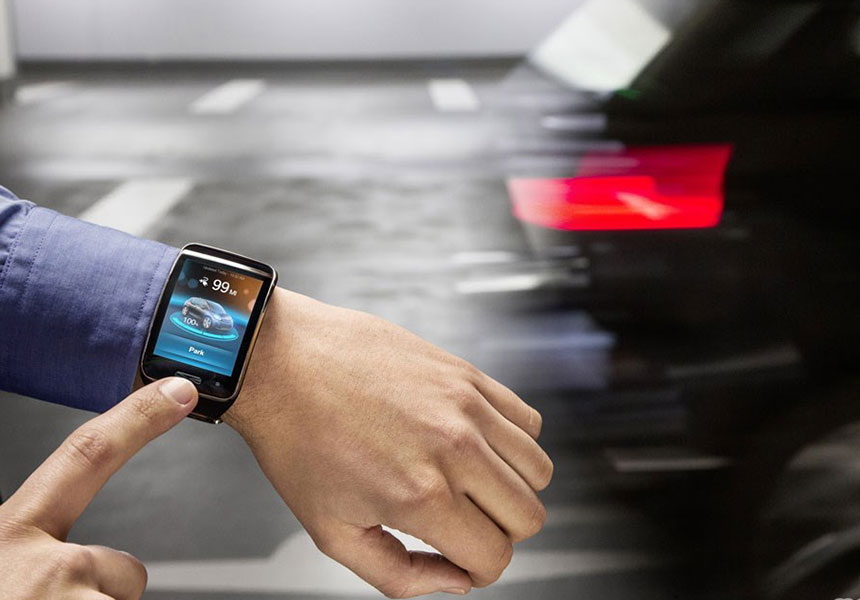 After impressing at the 2014 Consumer Electronics Show in Las Vegas, BMW will once more use the ritzy tech conference to demonstrate its latest technological advances, including a car that parks itself.

The 2015 show, to be held from January 6-9, will see BMW introduce its fully automated Remote Valet Parking Assistant. Installed in the i3 city-car for the show, it uses information gleaned from 360-degree laser scanners in conjunction with a digital building site plan (BMW refers to a multi-level car park as an example).

• Is the Tesla Model S electric car worth the cash?
• The coolest new cars that won’t break the bank
• This story first appeared in motoring.com.au

The vehicle is capable of completely parking itself. In effect, this means that you can climb out of the vehicle at the base of a multi-level car park and the BMW will drive up through the levels until a suitable parking space is found. Once in position, the i3 waits to be contacted via the driver’s smart watch, as revealed at the 2014 CES, and then ‘meets’ its driver accordingly.

BMW’s march towards highly automated systems (including a fruitful partnership with Continental), has been impressive, with a test vehicle now capable of braking, accelerating and overtaking completely independently, all while adhering to the German highway code. Also on show at next year’s CES will be BMW’s 360-degree collision avoidance system. Again using the i3 as a base, four advanced laser scanners are installed and used to record the surrounding environment. These scanners can identify potential impediments to mobility, for example the positioning of support columns in a multi-storey car park.

If the vehicle approaches the object too quickly, it will automatically brake to avoid contact, but if the system senses a corrective steering input, it will release the brakes and return full control to the driver. By using the laser scanners rather than a GPS signal, BMW says it can ensure consistent flow of information without any drop-off in signal.

This story first appeared in motoring.com.au.

Coming soon: the futuristic car that parks itself