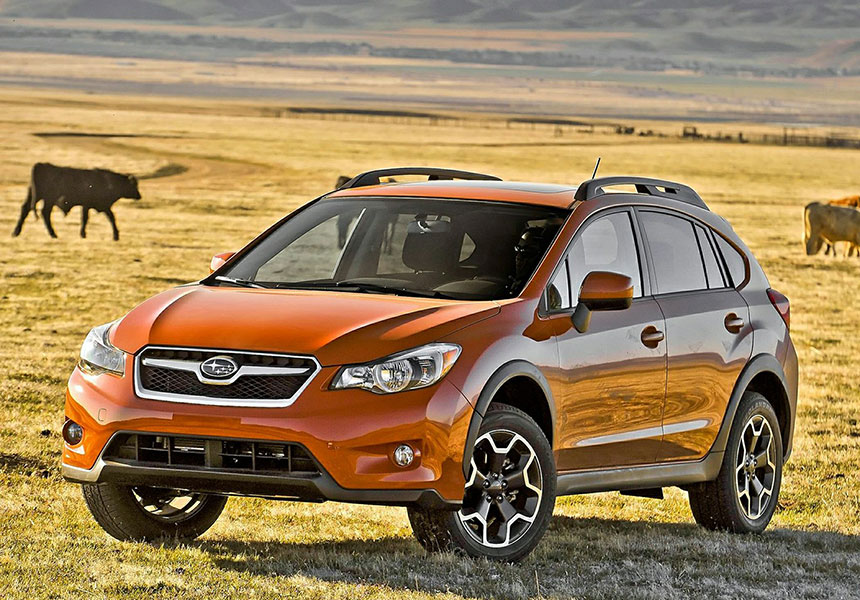 One of the benefits of living in the world’s most competitive new-car marketplace is choice. And Down Under we’ve got plenty of it.

A $30,000 budget is realistic for many of us – perhaps not for our first car, but certainly for our first new car. And the great news is that thanks to competition and the choice of more than 65 new-vehicle brands, $30K can buy you something really cool. Just as it appeared the Italian manufacturer of cool, affordable cars had gone one step too far by shoving Holden engines into its cars, out springs a fun-packed, interesting and sexy Alfa called the MiTo.

The MiTo design is just beautiful, even five years on, and it has a relatively spacious practical interior too.

With the recent update model, arrived the perky TwinAir engine, infusing the MiTo with character and charisma beyond just its looks. Hauling out the DS name after being in mothballs for more than 30 years was a big call for Citroen, given how important the original 1955-1975 Citroen DS was for the company.

Clearly it has big hopes for its upper-spec DS brand only recently launched as a car brand in its own right. So, for now, the DS3 is still a Citroen and one of the coolest French cars you can put money down on.

The floating roof, superb attention to detail and an entertaining drive makes up for the cramped rear quarters. Ford Europe has designed some gangbuster cars and some very ordinary ones, but the Fiesta is definitely one of the better ones, especially in ST trim.

From the Aston Marton trapezoidal grille to the upswept rear flank, you have to love this drop-dead sexy small car.

This is a hot hatch that not only looks stunning but has the agility in the twisty bits and the grunt in the straights between to back it up. I’ll have mine in red. So when will this little Italian ever not be cool?  So cleverly but not slavishly retro, and with the 875cc Twin Air, one of the most entertaining small-car engines for decades, this is a car for the smart and car savvy.

The back seat is really the glovebox and the boot the parcel shelf, but who cares? If you need more space for friends, family or luggage, call a taxi. You’ll look cool, never mind them. What else could be described as a box on wheels and yet be so damn cool as the Panda TwinAir?

The Panda’s squircle design (squircle is Fiat’s made-up word for the progeny of a square and a circle) seems like stupidity commercialised, until you get in and drive the thing.

The fact that this little boxy hatch rides, handles and feels like a bigger car and packs so much enjoyable fizz into its engine bay with the 875cc turbo two-cylinder engine makes it very, very addictive… and cool. Way cool. The MINI has been thrice copied since the original. So that’s one retro car and two re-retroed. Sounds like a recipe for staggering ordinariness but this latest Mini is the best yet of the same-but-different retro model line.

Lithe, funky and more subtle in its new-looking-like-old take, it’s powered by a three-cylinder turbo that produces all the right numbers for performance and economy and sounds just fantastic while thrumming along.

So is this a cool looking affordable car with an engine chock-full with willing character? Yep. Even a few years after it was introduced, the Subaru XV still makes me turn my head in the street. It is a stunning piece of design in its simplicity and conveys a bluff, gruff off-road look without over-saucing the pudding.

With a boxer four-cylinder that could in truth have a little more character, the all-wheel drive hatch is going to be the only car here to get to the snow without the mandatory snow chains. If your bush camping weekend turns to mud, you can count on having a good chance of getting out of there with the XV, too. When the Rukus arrived there was a subtle lack of, well, ruckus to greet the newcomer from Toyota.

While it looks like a cynical marketing exercise, you have love the fact that this box on wheels can pack so much within its upright silhouette. There is more than one motoring journalist who would sell his mum to pay for a new 86, given all the froth coming from the corps when the 86 lobbed.

After a week with the little Toyota two-door, I realised it wasn’t the family car I needed, but my God it was such an entertaining piece of kit.

Agile, alive and simple, it is everything you need in a modern sports car. Mum, where are you? In a small-car market overflowing with organic, flowing sheet metal, it’s nice to see something with a bit of Teutonic crispness about it.

The Polo may be getting on but it has a subtle ride and handling balance and punchy engine to support its cool looks. It is a car that says Euro cred, not Euro trash.

What’s your coolest car under $30K? Nominate your choice below.

A version of this story first appeared in motoring.com.au

The coolest new cars that won’t break the bank