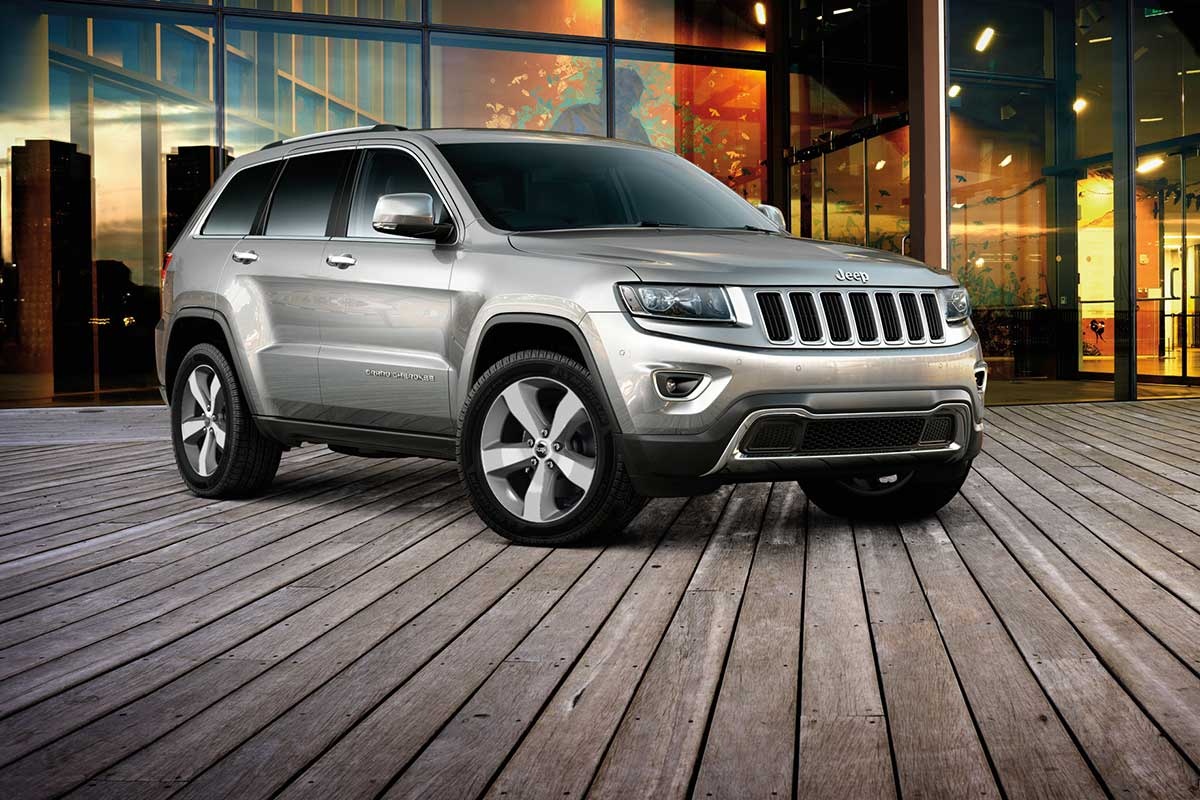 I became very fond of Jeep’s Grand Cherokee when I took one along the back roads between Adelaide and Melbourne in 2012. There were four of us and the Jeep swallowed three week’s worth of our luggage easily. It was exceptionally comfortable and never stressed, and it cost a lot less than a Land Cruiser or a Patrol.

The problem was the V8. While the power was great and eminently usable, the fuel consumption was a tad flagrant, bordering on hard-core irresponsible. And so I was interested to see if the 3.6-litre V6, the engine in the cheapest Grand Cherokee, is up to it.

And a week later I came away wondering why anyone would want a V8. The V6 has heaps of power and is more than adequate for this big, hunking two-tonne 4WD in whatever part of our wide brown land you may choose to visit.

More than that it’s capable of toting a heavy off-road caravan or a decent boat with a tow capacity of 2.8 tonnes. And the auto is not overly fussed about trying to get the maximum possible fuel economy, the calibration is all about driving comfort.

But the biggest attraction of the Grand Cherokee is what American car makers do best; comfort. The steering is light, it rides beautifully over broken surfaces and it does corrugations well. This all means that it can get decidedly vague and top heavy when pushed into a fast corner, but if you want handling you don’t buy a Jeep.

You’re in a highly agreeable cocoon with enough nice things to make it pleasant and no excesses to ruin the value for money equation.

You get a back-up camera, cruise and a full-size spare tyre, dual zone air, good in-car entertainment and a proximity key. The only thing I would have liked was parking sensors, which are standard in all but the base model.

In the back seat things are almost as nice as up front, with good ventilation, very good seating and high visibility. These seats fold fast and easily.

And the load area is flat and squared-off so it’s easy to pack and will take everything a couple would need for the Big Trip. This is in part down to the fact that there’s no provision for an extra row of seats back there, the Grand Cherokee seats five only and doesn’t make any compromises in trying to take any more.

There’s nothing better than getting out of the city and into the great Australian vastness and there are few better ways of doing it than this.

Rod Easdown is a freelance journalist specialising in cars and home entertainment equipment.