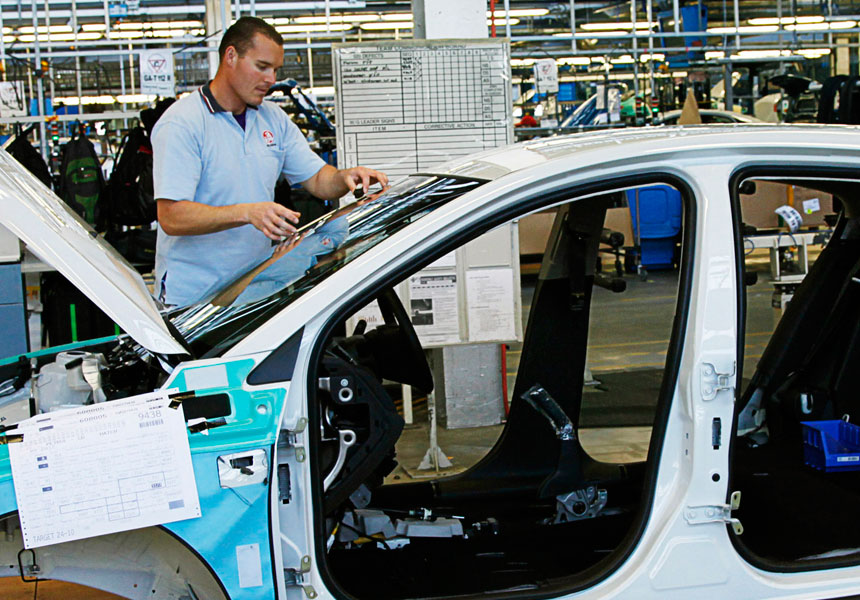 · A farewell not from Holden workers
· Political storm erupts over Holden
· Rod Easdown: Holden has itself to blame
· ‘We could have saved Holden’: Shorten
· Bracks says Holden exit ‘avoidable’
· Half car industry jobs could go

The announcement General Motors Holden will cease manufacturing in Australia generates a mixture of feelings, including disappointment, fear, concern and a sense of irony and inevitability.

My anger is driven by the failure of some politicians to adequately understand and work with the corporate culture of the global economy.

For starters, GM does not negotiate through the media or respond to parliamentary showmanship in question time.

Many senior politicians do not adequately understand the global economy, the consequences of free trade agreements and the absence of a ‘level playing field’ on trade.

They set out to work with the government and try to reach agreement on a plan for survival through businesslike discussions, not political theatre.

Most Australians and many senior politicians do not adequately understand the global economy, the consequences of free trade agreements and the absence of a ‘level playing field’ on trade.

Only in a crisis are some of the facts published.

Yes, it is disturbing to hear of taxpayers’ money funding multi-national automotive companies.

But Australia is one of 19 countries with an automotive manufacturing business, all of whom are supported by their governments.

Australia is near the bottom in support dollars per capita.

Disappointment for me is personal.

As a young GMH manufacturing cadet, I experienced the excitement of GMH in producing Australia’s own car. Back then, ads for vacancies had the heading, ‘GMH: A good place to work.’

I had a GM scholarship to Michigan and later to Stanford University, as well as the chance to live and work with GM in five countries.

This is a manufacturing opportunity that other Australians now will be denied.

I am fearful that the economic, social and security downside of the GMH decision is sadly underestimated.

It is going to be difficult if not impossible for many businesses in the automotive supply chain to survive a reduction in volume of components.

It is hard to imagine that Toyota manufacturing will survive.

The flow-on effects to other industries will be significant.

The possibility of over 100,000 indirect jobs being lost in support industries will require some new thinking by governments and unions, something currently in short supply.

Now we are approaching the end of an era of financial support for other car companies to stay in Australia.

There is reason for all of us to be concerned about the demise of manufacturing and the impact on defence and security.

In WWII, most of the GMH site at Fishermans Bend in Melbourne was converted for defence production.

I must be honest and record the inevitability of the GMH decision and its impact upon manufacturing.

When I was a cadet back in the mid-1950s, manufacturing represented just over 30 per cent of Australia’s GDP.

Our lack of a large domestic market — and the demise of our exports due to our unrealistically overpriced dollar — have been hard to overcome.

While these have been factors, we must also reflect on the presence of senior federal government politicians, many of whom have a relative lack of real-world experience.

Ivan Deveson AO worked with General Motors over three decades in Australia, USA, Europe and Africa, holding numerous senior positions during that time.  In 1987, he joined Nissan Australia as Managing Director/CEO, a position he held until his retirement from the automotive industry in 1991. He became Melbourne’s 100th Lord Mayor in 1996, and is the author of “Evolution of an Australian Management Style” and “Whatever you do in life, don’t do it all your life”.