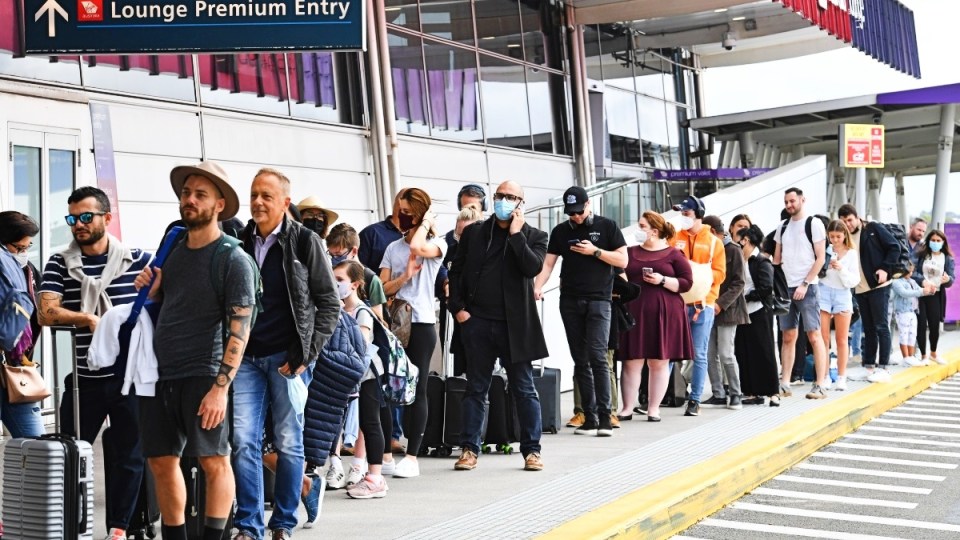 The CEO of Flight Centre says Australia's travel chaos is unlikely to improve for at least another six weeks. Photo: AAP

Inexperienced staff and high rates of sick leave due to COVID-19 have been blamed for the travel chaos affecting passengers at Australian airports.

Flight Centre chief executive Graham Turner told the Nine Network on Tuesday that the two factors were contributing to more delays and cancellations and the situation was unlikely to improve for at least another six weeks.

He said airports were going through a “tough period” and would take some time to raise low service standards that have led to a wave of customer dissatisfaction.

“I would suggest six or eight weeks before all of this really settles down, and there is going to be pain for domestic travellers in that time,” Mr Turner said.

Qantas has also named high staff absenteeism as a key factor in its slipping standards and said “flying will get back to being as smooth as it used to be” over the weeks and months ahead.

But Airline Intelligence and Research CEO Tony Webber, a former Qantas chief economist, said Flight Centre and Qantas were being too optimistic.

Dr Webber told The New Daily passengers could be facing disruptions to their air travel for as long as the pandemic continues.

Dr Webber said labour shortages were preventing airlines and airports from providing a reliable product and good customer service – two of their most important functions.

This has led to security queues extending outside of terminals during peak travel periods, higher rates of lost baggage, more flight delays and cancellations, and hours-long wait times on customer service calls.

Stubbornly high COVID-19 case numbers mean the industry is struggling to put on enough staff to meet demand – a problem compounded by its decision to lay off thousands of workers during the early days of the pandemic.

On top of this, a growing need for a steady income in the face of rising living costs are discouraging workers from applying to work in what is regarded as an unstable industry, Dr Webber said.

“I don’t think the airlines are as appealing as they were before, in terms of somewhere where people without a job would like to be employed,” he said.

“What that means is that it’s difficult to find labour when they need labour in different areas.

“It’s difficult to see that going away, until COVID goes away.”

Ahead of the July school holidays, both Sydney Airport and Melbourne Airport announced jobs fairs.

At the time, Sydney Airport CEO Geoff Culbert admitted 15,000 jobs were lost during the pandemic and 5000 roles had yet to be replaced even though “everyone” had started recruiting heavily when borders were set to reopen.

Mr Culbert said Sydney Airport’s security contractor and ground handlers had been advertising jobs since December, but had only managed to hire 500 employees since the start of the year – with another 1200 roles to fill as of June.

The airline hired 1000 new employees between Easter and late July.

But it is nonetheless still dealing with the fallout from sacking 1600 baggage handlers during lockdown and outsourcing their jobs to contractors, a decision the Federal Court ruled was unlawful. (Qantas is appealing against the court’s decision.)

The Transport Workers Union is applying to the Fair Work Commission to allow baggage handlers to go on strike.

If successful, this would affect baggage handling for airlines including Qantas, Singapore Airlines and Etihad.

‘There is going to be pain’: Travel boss warns airport chaos set to continue