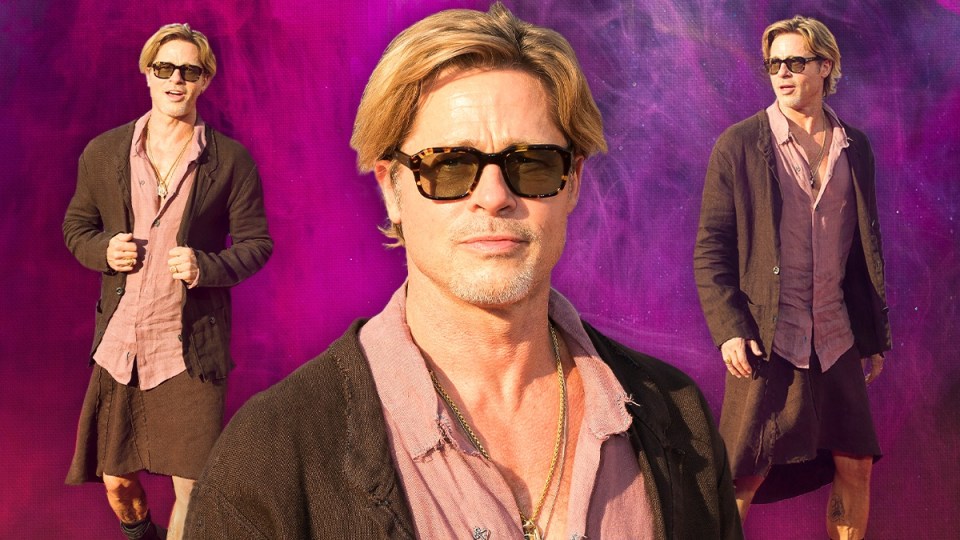 For some reason there are more men, or male-presenting celebrities, wearing dresses on the red carpet. Photo: TND/Getty
opinion

Hollywood stars and high fashion are inextricably linked and have been since the early 1990s, when hugely popular magazines like InStyle eschewed models for actors and created stunts like Vanity Fair’s ‘Hollywood Issue’ that featured ten celebrities in designer outfits on big foldout pages.

More recently, stars from the music world mostly dominate fashion magazine covers (what’s left of magazines anyway), with titles like Vogue harnessing the massive popularity of singers such as Beyonce, Rihanna, and Billie Eilish to extend their readership.

The price tags of the clothes are out of the question for the average shopper, and often the outfit doesn’t even exist at the retail level, but using high-profile celebs certainly stimulates brand awareness.

Something else we are also seeing is celebrities challenging traditional (western) gender constructs. There are more men, or male-presenting celebrities, wearing dresses on the red carpet.

British singer Harry Styles has been living his best life in his Gucci skirts and lace blouses for ages, but this week Mr Fight Club himself Brad Pitt stepped out at his Berlin Film premiere of Bullet Train wearing a linen skirt suit.

It’s very hot in Europe, and the outfit choice was sensible, a loose tobacco linen jacket, a casually unbuttoned pink linen shirt, and an airy brown linen knee-length skirt by designer Haans Nicolas Mott, worn with a pair of motorcycle boots from a brand called Stylmartin. The heavy boots were a deft touch, also signalling his cool, macho-biker-guy persona, although my tip is that a sandal would have been breezier.

It is said that ‘shoes maketh the man’, and to be fair, men haven’t had a great and wide-ranging choice in the footwear department for the last, ooh, couple of hundred years. But the ugly shoe trend of huge, exaggerated sneakers and garish rubber slides have morphed into a new must-have, mules for men, big chunky clogs that are like a backless Croc, sometimes with a strap across the back of the ankle to keep them in place.

They exist in mainstream brands like Converse, New Balance and Birkenstock, but also top designers like Saint Laurent and Marni are also sending them out. The backless slip-on mule is a game-changer, the ultimate casual style as they are not designed to run in, more like slowly shuffle.

Once men discovered the abject comfort of Crocs, it was only going to be a few seasons before they demanded more versions. We haven’t really seen heels for men go mainstream yet, but it’s coming.

Maybe the smaller, splayed Louis heel that was popular during King Louis XV reign (1715-1774) and revived in the 1860s might be a good starting point. They are the perfect height if you are on your feet all day.

I know the 13cm Christian Louboutin pumps look good in theory, but they are a commitment. I feel like Brad got the skirt/boot comfort factor just right.

Kirstie Clements: When Brad Pitt turns up in a skirt, you know times are changing