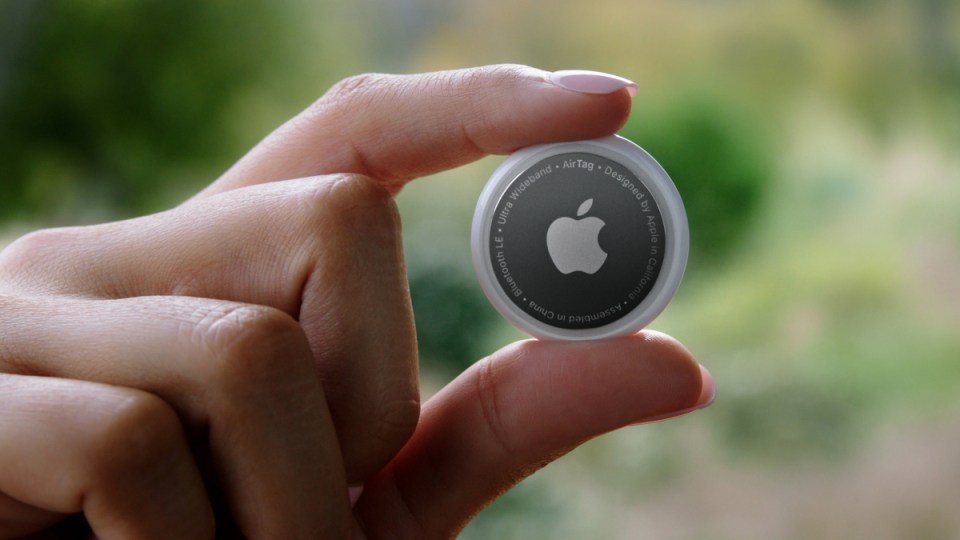 AirTags were designed to be little helpers, but are being used to wreak havoc on people's lives. Photo: AAP

Apple AirTags have come under fire after social media users exposed how the technology was used against them by people with malicious motives.

In late June, Irish actress and writer Hannah Rose May posted tweets detailing how she discovered an AirTag had been tracking her without her knowledge for two hours.

Her posts have since gone viral on Twitter, with thousands of other users commenting on the dangers of trackers or describing their own experiences of being tracked.

Unfortunately, the AirTag is not the first commercially available product that people have used to track others.

In 2020, before the AirTag had been released, a survey by Curtin University and The Women’s Services Network found that the number of domestic violence victim-survivors who had been tracked with GPS apps or devices had increased by more than 244 per cent since 2015.

But experts warn that AirTags pose greater safety risks than other devices because they are cheap and easy to access.

Marketed as the solution to lost belongings such as house keys or hand bags, AirTags send out a Bluetooth signal that can be detected by nearby Apple devices in the company’s ‘Find My’ network. These devices send the exact location of an AirTag to its owner.

Victoria Police warned this week that the popularity and ease of use of AirTags could lead to increased use of tracking devices in family violence incidents.

AirTags are not the only portable tracking device on the market, with similar products offered by the likes of Samsung and Tile.

Such devices not only expose people to the malicious intent of random strangers and previous abusers; they also make it more difficult for people to escape abusive relationships.

“We know that women are at the greatest risk of homicide when they are preparing to separate or have separated,” Ms Phillips said.

“They might not have made that step yet – they might be looking at rental properties, they might be seeking support from services, and if the perpetrator were to use this technology to track them, then it potentially could put the victims at greater risk … [by making] it easier for perpetrators to know if and when women are preparing to take those steps”

Even when no physical violence occurs, victims of cyberstalking report similar experiences to victims of in-person stalking, such as anxiety, depression, post-traumatic stress disorder and constantly being on high alert.

Trackers hidden in cars and toys

Stephen Wilson is the CEO of Protective Group, an Australian company that provides security services and technology to keep people safe from domestic and family violence.

Mr Wilson told The New Daily that Protective Group regularly finds AirTags hidden in everything from car boots and doors, to children’s toys and underwear.

“So 99.9 per cent of times, it’s probably used to legitimately find your lost car, or your lost bag, or your purse,” he said.

“But we’re certainly increasingly now seeing that they’re used to track kids [and] ex-partners by sticking them in cars and clothes and toys.”

Protective Group tested the product when it first came onto the market, and found the device could pinpoint the exact stores that the test subject had visitedand the exact car the tracker had been left in.

Mr Shaw has since taken the AirTag with him on trips across Australia – and it only started to run out of battery about a year after it was bought and turned on.

Ms Phillips said the designers of tracking devices have an obligation to minimise abuse and stalking risks as much as possible.

“We’re definitely seeing this becoming quite insidious,” she said.

Apple tried to curb improper use of AirTags by making sure that iPhones notify their owners if they have been in close proximity to an unfamiliar tag for a long time.

But this function is not automatically available to Android phones, the owners of which must download an Apple app to be notified if an AirTag may be tracking them.

Mr Shaw said he had recently seen a case where a woman (who owned an Android phone) decided to sell her car after divorcing her husband, only to receive a text from the car’s new owners (who owned iPhones) that they had received a notification that an AirTag was tracking them.

The AirTag was found attached to the bottom of the car and had been used by the woman’s ex-husband to track her movements for up to nine months without her knowing.

Apple says it’s actively working with law enforcement on all AirTag-related enquiries that the company has received.

Every AirTag has a unique serial number, and paired AirTags are linked to an Apple ID that can help identify perpetrators.

In February, the company announced it was working on further measures to minimise risks, such as notifying users sooner that an unknown AirTag or Find My network accessory may be tracking them.

Trackers not associated with specific phone models, such as iPhones or Samsungs, could pose even bigger risks than AirTags, as mobile users must download each brand’s individual app to get notified of a nearby tracker – if the brand even offers such an app.

If you find a device that has been used to track you, Mr Shaw said to notify the police and try not to damage any physical evidence, such as fingerprints.

If you are in need of family and domestic violence support services, please contact: