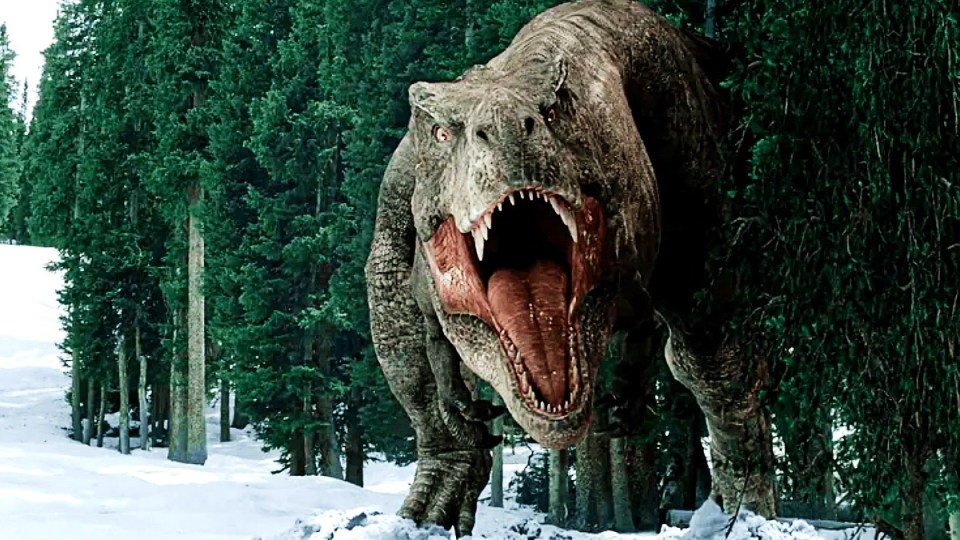 The T-Rex is a popular Jurassic World character.

Almost 30 years after Jurassic Park first screened, the beloved franchise is back with its latest film Jurassic World Dominion, released in the UK on Friday. Our favourite characters, such as the Tyrannosaurus-rex and Velociraptor, return and we meet some new ones, like the giant predator Giganotosaurus.

But how accurate is the film’s portrayal of dinosaurs?

In the opening scenes, we are reintroduced to world-renowned palaeontologist Alan Grant, who charmed millions of viewers in the first film. Once again, he is on a dig in Utah, unearthing fossils. We see him casually brush sand away to reveal a perfect dinosaur skeleton.

Digs such as these are happening all over the world right now. It’s how palaeontologists learn about dinosaurs. In reality, digs are not so easy. They can involve long hours of hacking away using hammers and chisels to remove hard rock chip by chip. Even then, we try to avoid damaging bones, and leave the work of removing fine material from close to the bone until we are back in the lab. It can take several days to remove a single bone from rock.

Thanks to the fossils found by palaeontologists on such excavations, we have learned much about dinosaurs since the first Jurassic Park film, including the fact that many dinosaurs in the film, particularly predators, should have feathers. This includes the Velociraptor . The film features the young of many predators, many of whom would have likely been covered with downy feathers like fledgling birds today, but none of them are shown with these feathers.

Other dinosaurs in the film do have feathers. Some feathered dinosaurs, particularly early examples, had simple filaments, like the feathers of a chick rather than an adult bird. Later examples (such as raptors) developed more complex and adult bird-like feathers.

The mighty herbivore Therezinosaurus, with claws longer than a human child, is covered with downy filaments in the film as it would have been in life. We do also meet a raptor that is covered from head to toe in fully formed, adult bird-like feathers. In this respect, Dominion is spot on.

Another design quirk Dominion gets almost right is the colour of these feathers. The raptor is mostly red. Palaeontologists have been able to work out the colour of some dinosaur feathers based on preserved pigments. These dinosaurs were mostly black, brown and red.

Unfortunately, there are many elements of dinosaur design the film gets wrong. Take the Giganotosaurus. We see this enormous predator with a series of spines along the back of his neck, and another set in the middle of his back. While Giganotosaurus certainly had a strong backbone, there is absolutely no evidence of spines like this, and the design doesn’t look realistic to me.

Giganotosaurus falls victim to the biggest design crime of the franchise – size. So many of the dinosaurs are simply too big. Giganotosaurus looks much larger than T-rex and is able to easily beat it in a fight. While there is some debate about which animal was actually larger, the two were similarly sized, and would have been quite evenly matched.

The giant ocean predator Mososaurus is also exaggerated in its size. Near the end of the film it is shown as twice as large as a humpback whale. It would have been slightly smaller than an adult humpback.

Another important creature in this film is the locust, genetically engineered with “cretaceous genes” to reach terrifying sizes. Giant insects did exist in the past – including dragonflies of up to one metre across – but during a period called the Carboniferous, which was almost twice as long ago as the period in which the oldest dinosaurs lived.

Oxygen levels in the Carboniferous era were over 50 per cent higher than oxygen levels today. With or without the right genes, locusts this big couldn’t survive in today’s oxygen levels.

Many new beasts are introduced in the film. Our heroes fend off a gang of the Dimetrodon (which has a structure like a sail on its back) and come face to face with a small lizard-like creature bearing large tusks, known as a dicynodont.

Contrary to popular belief, these animals were not actually dinosaurs. They lived in a time called the Permian, more than 30 million years before dinosaurs first appeared. They are actually members of a group called the synapsids that includes the ancestors of mammals. They are more closely related to you and me than they are to any dinosaur.

Jurassic World Dominion: A palaeontologist on what the film gets wrong about dinosaurs