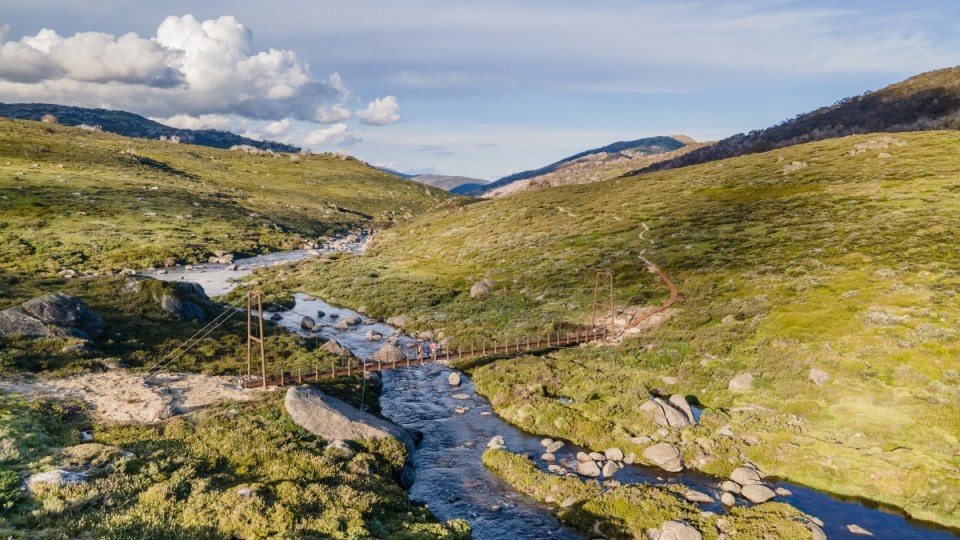 A new hiking trail along the upper Snowy River is in its final stages and has been likened to Tasmania’s iconic Cradle Mountain Overland Track.

The Snowies Alpine Walk is part of a $27 million project between Guthega and Charlotte Pass in Kosciuszko National Park and officials recently marked the opening of its nine-kilometre second stage.

“The opening of this section of the walk marks the completion of the second of four stages, and I’m thrilled to see increased access in this beautiful part of the world,” New South Wales Minister for Environment James Griffin said.

“The Snowies Alpine Walk is putting NSW on the map for multi-day hikes and it’ll be a must-do walk for anyone who loves Tasmania’s Cradle Mountain Overland Track. In fact, I reckon it’ll be a strong competitor with the Overland.

“I want to see everyone who comes to our magnificent NSW national parks arrive as visitors and leave as conservationists, and this walk will help us achieve that.”

The trail is expected to boost local tourism and establish the region as a key eco-adventure tourism destination.

Featuring Australia’s highest suspension bridge at 1627 metres above sea level, it’s hoped the project will create more than 30 jobs and attract an estimated 50,000 tourists each year.

“Once all four stages are complete, the 55-kilometre Snowies Alpine Walk will be a world-class experience for visitors to enjoy even more of Kosciuszko National Park, and puts the Snowy Mountains region firmly on the domestic and international tourism map,” Deputy Premier and Minister for Regional NSW Paul Toole said.

Lifesavers help rescue baby in NSW floods
Kirstie Clements: When it comes to fashion, Albanese has a cabinet straight out of style’s wardrobe
Today's Stories