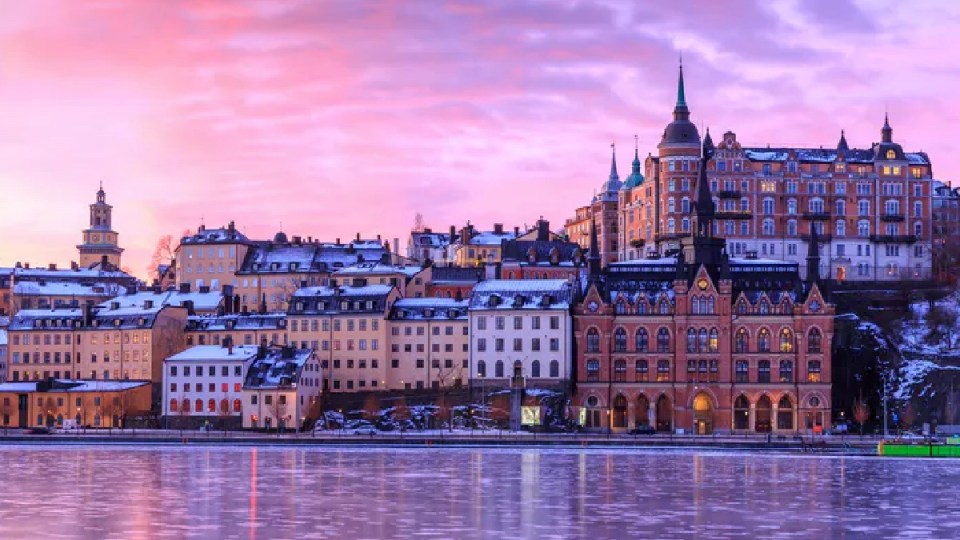 From meatballs and cakes to soups and seafood, Sweden is known for its hearty cuisine. It’s also renowned for its quality of life, topping many countries in happiness, equality and social connection.

Perhaps this is why news on Reddit and Twitter that Swedes don’t feed child guests dinner caused a stir online.

As one poster explained, while over at a friend’s house as a child, the family ate dinner together – and the friend was expected to wait.

Some Swedes supported these claims, saying unannounced child guests often weren’t accounted for in meal planning, that it could be down to class, or food wasn’t offered “out of respect” for the parents of the visiting child – they might have planned dinner, which would then be “wasted”.

Who is allowed to go without in a prosperous and inclusive society was debated under the hashtag #Swedengate, and ignited discussion about expectations of hospitality in Sweden and further abroad.

The anthropology of food

The act of eating is steeped in cultural practice.

Food and eating possess cultural meanings that impose order on what is eaten, when, how and by whom.

Social anthropologists have long studied how people eat and what this says about cultural norms.

In the 1960s, Claude Lévi-Strauss’ work among Brazilian Indigenous peoples highlighted ingrained cultural habits about food preparation and how these practices can inform a culture’s system of knowledge.

In the 1980s, Pierre Bourdieu’s analysis of French society showed how a person’s ability to exercise “good taste” is connected to the operation of power and their position in society.

The company we keep during mealtimes has also been explored by anthropologists. Maurice Bloch famously quipped:

in all societies, sharing food is a way of establishing closeness, while, conversely, the refusal to share is one of the clearest marks of distance.

It is easy to observe this in our own lives. We prefer to eat with friends rather than strangers. It is possible to sit too closely to people we don’t know and sometimes not sit closely enough to loved ones. There are observable differences in expected behaviours when consuming finger food versus a sit-down dinner.

The kindness of a meal

In Australia – and seemingly most countries, accounting for the ensuing discussion on Reddit and Twitter – we believe physical presence should lead to a meal invitation.

As Lévi-Strauss wrote, eating with others is based on reciprocity: Receiving guests is repaid through offering a meal.

Twitter users quickly suggested meals were similarly not offered to unaccounted-for children in other Nordic countries, with comparisons made to more “hospitable” areas of Europe and Asia.

Connections were also made with Nordic Viking culture from antiquity and how a meal or gift was similar to a debt.

There is limited evidence of the honour and debt practices of the Vikings bearing on contemporary Nordic culture.

But we can clearly see how differences in eating practices can highlight the different meanings different communities attach to sharing a meal.

The culture of not extending an invitation to guests for dinner is certainly not standard across all Nordic cultures.

In research I conducted among Icelandic families after the 2008 global financial crisis, I observed the way I was received at mealtimes as a cultural “outsider”.

At one gathering, I sat as an invited guest among a family of seven spaced out around a large dining table, highlighting the formality of the afternoon.

At another event, a farewell party, several people known to one another crowded around a four-seat kitchen table, picking at food on a few plates. The closeness of bodies at this event gestured at its informality and social intimacy.

But meals aren’t always to be shared. One woman I interviewed recalled her decision to walk out of a restaurant when a banker associated with the economic crisis arrived:

I just looked at him and walked out. We don’t forgive or forget, not these men. Most people wouldn’t scream or anything, we’re a little more polite. We walk away. They can have the restaurant to themselves.

The meaning of a meal

The offer or denial of a meal can be telling of social relations. #Swedengate shows how invites can be dependent on historical precedent, parental expectation or food wastage.

Localised norms have existed in all cultures across history.

Denial isn’t necessarily an act of inhospitality – it just points to cultural norms, contested as they may be, as seen through the #Swedengate controversy.

Hasty judgments about food and eating are not always accurate. Deeper meanings have always been behind mealtime offerings.

Should you feed child guests dinner? What #Swedengate tells us about social expectations