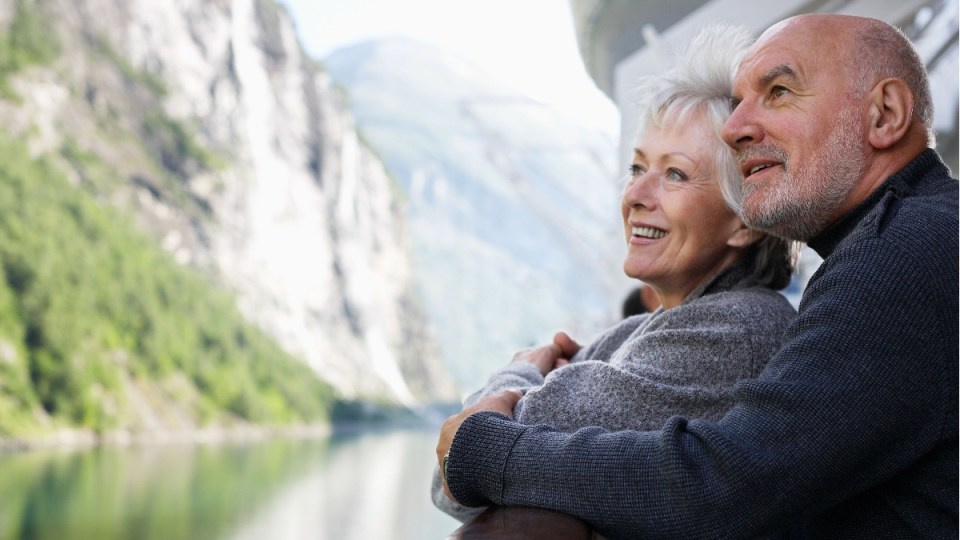 The 65-plus traveller - fit, fun and in a category The New York Times is dubbing Granfluencers. Photo: Getty
opinion

On a cruise ship off the coast of Greenland, a group of passengers are trying on immersion suits, high-tech polar gear designed to keep us alive for 24 hours if we fall off our kayaks, assuming we don’t get eaten by a polar bear beforehand.

“I can’t wait to get on the ice,” says Gwen, a 78-year-old former primary school teacher and grandmother of eight from Sydney. She bowls, is learning to play the ukulele and is the first one down the steps and into the Zodiac.

Welcome to the 65-plus traveller – fit, fun and in a category The New York Times is dubbing Granfluencers.

Gwen is the first one up and in the restaurant in the morning, in her crème polo necked sweater and Patagonia skiwear, happily chatting to everyone.

Our fellow passengers are mostly older French couples, sipping une tisane at breakfast in striped Breton sweaters and navy quilted jackets with strategically tied Hermes scarves, ordering champagne before lunch and playing backgammon by the fireplace in the afternoon.

Every guest is given a giant orange parka with faux fur-trimmed hood to wear for the extent of the cruise, and they also have a large dollop of French chic about them, in an extreme sport, polar expedition sense.

Unpacked once … and that’s it!

There is something rather marvellous about being in one cabin for two weeks, and only having to unpack once. There is the option to retire to your cabin to change, for lunch and for dinner, which has a sort of old-world elegance to it.

There are also no influencers taking selfies at the table and modelling bikinis in the snow, just naturalists and ornithologists pacing the decks with long lens cameras and becoming dizzy with excitement when they spy an arctic gull.

The ship, Ponant’s Le Commandant Charcot, is a new vessel, with all the details of an upmarket Parisian hotel, which means all the cashmere-clad guests smell of Diptyque Figuier body wash.

Cruising has taken more than a few hits over the years, a form of tourism that has been criticised for its destructive environmental impact, but cruise liners have become serious about respecting the ecosystem and leaving minimal footprints.

In a fashion sense, this is most definitely time to pull all those naval classics the French wear so well. So if a cruise is on the horizon, and you want to keep up with Gwen, remember to pack…