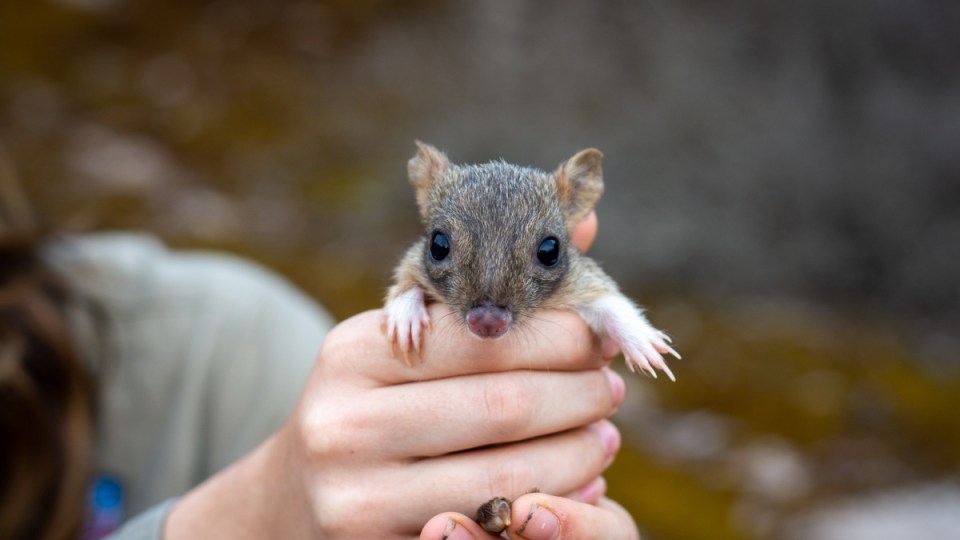 A project to reintroduce brush-tailed bettongs to the South Australian mainland is going well. Photo: WWF For Nature

Nationally endangered brush-tailed bettongs have been successfully returned to South Australia’s Yorke Peninsula after being locally extinct for more than 100 years.

Forty were reintroduced to the area in August, with a recent health check reporting almost all females carrying young in their pouches.

The animals were released at two sites in Dhilba Guuranda-Innes National Park in a project to restore lost species to the landscape.

Researchers recently conducted a health check with all 16 animals caught, including six males and 10 females, found to be in good condition with eight of the females carrying young.

This cute little critter is called a bettong and had been extinct from mainland South Australia for more than 100 years until last weekend, where more than 40 individuals were re-introduced into Dhilba Guuranda-Innes national park. 🎉
📸:JJ Harrison pic.twitter.com/ZWMUEyIwFV

“The most exciting discovery for the team was that we captured the very first bettong born on Yorke Peninsula in over 100 years, and she was carrying her own joey, a tiny jellybean, inside her pouch,” ecologist Derek Sandow said.

“This means the population is finding good sources of food and shelter to allow for breeding of the next generation.”

The bettongs also had monitoring devices fitted to their tails during the health check so researchers can continue to monitor their survival.

Brush-tailed bettongs once occupied more than 60 per cent of mainland Australia but introduced predators like feral cats and foxes, and habitat loss pushed the species to the brink of extinction.

The small marsupial has only survived in tiny pockets of Western Australia, offshore islands in South Australia, and in a handful of fenced sanctuaries.

Six months on, many of the animals have dispersed away from their release sites and are settling into stable home ranges across the fenced area.

They support the landscape by turning over dirt and leaf litter while searching for food such as fungi, allowing water to seep into the soil and native seeds to germinate and disperse.

One bettong can dig up anywhere between two to six tonnes of soil each year.

“We can already see the benefits of these little diggers on the landscape,” senior ranger Mark Davison said.

“A significant weed, the Cape Tulip, is one of the bettongs’ favourite foods.

“They have been digging the bulbs of the weed out from the soil and eating them, which is helping to remove this damaging weed from the park.”

As part of the habitat restoration project, a 25-kilometre predator control fence has been built across the foot of the peninsula creating a 150,000-hectare safe zone.

The next step will be to reintroduce another 80 bettongs, 40 from Western Australia and 40 from nearby Wedge Island, later this year to increase genetic diversity.

Other locally extinct species like the southern brown bandicoot, red-tailed phascogale, and western quoll will also eventually be reintroduced to support the ecosystem.

“We are starting to restore the landscape to its former ecological glory by returning vital species that create healthy environments,” World Wide Fund for Nature ecologist Patrick Giumelli said.