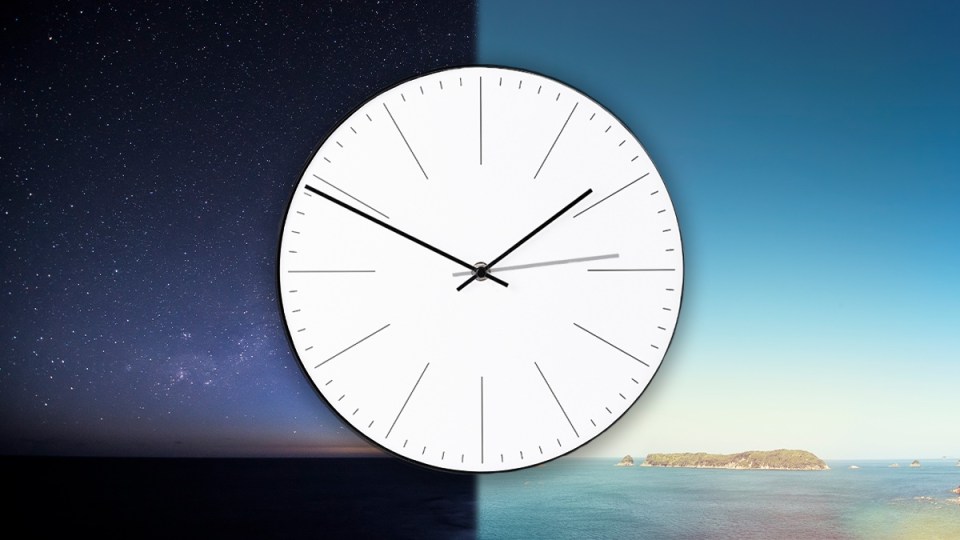 Supporters of the bill said it will reduce seasonal depression and boost the economy. Photo: TND

After decades of debate, the US Senate surprised many of us around the world when it passed legislation to make daylight saving time permanent across the country.

It would bring to an end the biannual changing of the clocks.

The Senate passed the Sunshine Protection Act by unanimous vote last week, but the House of Representatives still needs to pass the bill before it can be signed into law by President Joe Biden.

Supporters of the bill believe it will reduce seasonal depression, boost the economy and allow children to play outdoors for longer.

On a surface level, that sounds like a pretty good deal.

Senator Marco Rubio, one of the bill’s sponsors, said he isn’t sure the House will go for it, but “it’s an idea whose time has come”.

“I know this is not the most important issue confronting America, but it’s one of those issues where there’s lots of agreement,” Senator Rubio said.

“If we can get this passed, we don’t have to keep doing this stupidity any more.”

But if it is passed, can it really boost the economy and reduce seasonal depression?

The New Daily asked the experts.

Dr Moira Junge, CEO of the Sleep Health Foundation, was surprised by permanent daylight saving time being pitched as an opportunity for kids to play outside for longer.

“We would not encourage children to play out later,” she told The New Daily.

“We would encourage them to get into bed as soon as their body clocks say it’s time to go to sleep.”

Dr Junge can’t see the benefits of waking up in the dark, either.

“In Melbourne, it’s really dark at 7am and that’s because of daylight savings. If we didn’t fiddle with the clocks, it’d be broad daylight at 7am. And that’s better for us.”

Getting light in the morning is extremely valuable for our sleep health because light resets our body clock and suppresses melatonin, otherwise known as the sleep hormone.

In darkness, the pineal gland in the brain produces melatonin. But in the light, production is slowed, preparing you to wake up.

“We need that light in the morning more than we need it in the evening,” Dr Junge said.

Professor Greg Murray, director of the Centre of Mental Health at Swinburne University, explained the effects of daylight saving time on an individual is difficult to predict because it depends on factors like culture, employment and physical activity.

He explained that the majority of experts believe we shouldn’t have daylight savings because the adjustments in and out of it are very disruptive.

Plus, the attempts to understand the effects of daylight savings on psychological health and behaviour really highlights this idea of ‘it kind of depends’.

“To be able to say that seasonal affective disorder (SAD), which is hypothesised to be due to insufficient light in wintertime, is going to be assisted by making daylight saving time permanent – well, it depends,” Professor Murray told TND.

“It depends on whether the people who are prone to winter depression are actually taking advantage of the slightly extended evening hours of sunlight or not.

“It also depends on whether getting that additional hour of available sunlight would make it less likely that you’re going to have an episode of winter depression that year.”

To understand the health effects daylight saving time has on the body clock, Professor Murray said that we need to consider what shifting our lifestyles relative to the sun means.

He said the research, while complicated, is pretty clear: “When we move to summertime, we are moving our lifestyle further away from what the body clock is comfortable with.”

And that can result in social jet lag, for example.

Our daily lives are controlled by three separate clocks: The sun clock, social and body.

The sun clock shows the time of day based on the progression of the sun. Noon is when the sun is at its peak, indicating the middle of the day.

The social clock is what the numbers on your phone or wrist are telling you, while the body clock is predominantly set by light and darkness.

The difference between what our social clock and body clock want us to do is a phenomenon called social jet lag, a term coined by German academic Professor Till Roenneberg.

It outlines how the sleep behaviour of most people is very different on workdays compared to weekends, or free days where you don’t wake up to an alarm.

When you don’t get enough sleep on workdays, you end up sleeping in on free days to catch up on the sleep you need.

“Social jet lag is more marked in daylight saving time than it is outside of it, which is evidence of the biological momentum that you’re fighting when we try and change our lifestyles,” Professor Murray said.

‘The jury is still out’

So, that leaves economics.

Professor Michele Acuto, the director of the Melbourne Centre for Cities at the University of Melbourne, would argue that daylight saving time would strongly benefit a twilight economy.

“If you focus on what’s happening as the sun goes down, not after the sun has gone down, there is a lot of activity there that we could benefit from,” Professor Acuto explained.

“It’s more inclusive, it’s family-friendly and it ties better into the shift from work into leisure, or from work to family.”

Professor Acuto referenced the recent push to make Melbourne a ‘twilight’ city, maximising the time slot to support businesses across the entertainment, arts and retail sectors.

“But there is a caveat there. One of the proven things of the daylight savings issue is that you have to then adapt the system of care and serving on the other end,” Professor Acuto said.

“We sort of always forget that bit. When would nurses clock off from the night shift, for example? What about maintenance workers in offices? How does it affect them?”

The other key issues, according to Professor Acuto, are questions of sustainability (e.g. energy consumption), the local economy and productivity.

“We don’t really have extensive cross-country studies that tell us this would work here.”

As Professor Acuto said: “The jury is still out.”

The US Senate passed an act to make daylight saving time permanent. Is it the right move?