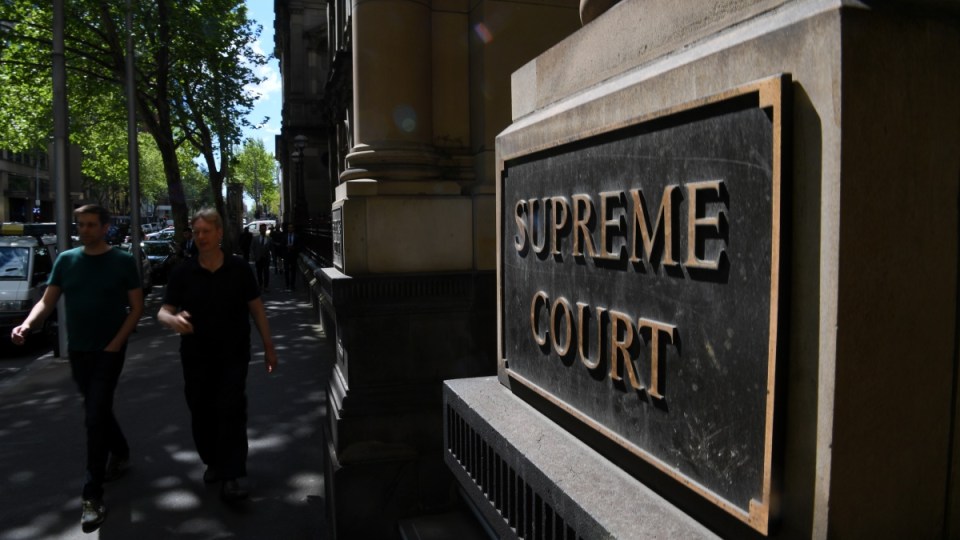 George Marrogi has been jailed for 32 years for murdering a man at a Melbourne shopping centre. Photo: AAP

A class action against controversial celebrity cosmetic surgeon Daniel Lanzer and four other doctors has been lodged in Victoria’s Supreme Court.

Patients who say they have suffered injury and losses from cosmetic surgery performed by Daniel Lanzer and his associates have launched a class action against the retired celebrity doctor.
Maddens Lawyers this week lodged the case in Victoria’s Supreme Court against Dermatology and Cosmetic Surgery Services Pty Ltd, Dr Lanzer and doctors Daniel Aronov, Daniel Darbyshire, Ryan Wells and Alireza Fallahi.
More than 200 people from New South Wales, Victoria, Queensland and Western Australia where Dr Lanzer ran clinics have registered their interest in the case.

‘Lucky to be alive’

The lead plaintiff of the class action, Tina Lombardo, underwent surgery by Dr Aronov in November 2021 and says she is lucky to be alive after she was discharged within hours of the procedure.
Her condition soon deteriorated rapidly and she experienced internal and external bleeding, incredible pain and kidney failure before becoming unresponsive and taken to Sydney’s St Vincent’s Hospital in a critical condition.
There, she underwent emergency surgery, spending five days in intensive care and another six days in the acute ward.
“For many weeks I was barely able to get out of bed. Every day I’m in pain,” Ms Lombardo said in a statement.
“I’ve been unable to work and the psychological trauma is huge. What should have been a positive experience has turned into an absolute nightmare.”

Maddens class action principal Kathryn Emeny said plaintiffs thought they were in experienced and capable hands when they went to Dr Lanzer’s clinics.
“Dr Lanzer and his medical team have promoted and marketed themselves as ‘go to’ experts and pioneers in cosmetic surgery,” she said in a statement.
“The people we’ve spoken with have reported horrific experiences and consequences.”
Issues raised include ongoing severe pain, nerve damage, restrictions in movement and function of limbs and other parts of the body, botched results and lasting deformities and psychological trauma.
A review is being done by state and federal governments into who can call themselves a surgeon, following media investigations last year into Dr Lanzer’s clinics.

Dr Lanzer trained as a specialist dermatologist.
He has surrendered his registration and retired, while an investigation by the Australian Health Practitioner Agency is underway.
Currently, medical practitioners in Australia can use “surgeon” in their practice regardless of whether they have obtained entry-level surgical training or advanced accredited surgical qualifications because the law regulating the use of professional titles does not protect “surgeon” as a stand-alone.
AHPRA has also restricted the work allowed by Dr Aronov, who must only practise when supervised and even then, only as a general practitioner.
Dr Darbyshire is suspended by AHPRA and may not practise in Australia.
AHPRA has imposed conditions on Dr Fallahi including he must obtain Medical Council of NSW approval prior to changing the nature, scope or place of his practice and to practise under supervision when undertaking or performing any cosmetic surgery procedures.
Dr Wells has no conditions on his practice and has been contacted for comment.
AAP has also attempted to reach Dr Lanzer for comment and the phone number for Dr Aronov refers to the same email as Dr Lanzer.
Contact details could not be found for doctors Fallahi and Darbyshire.