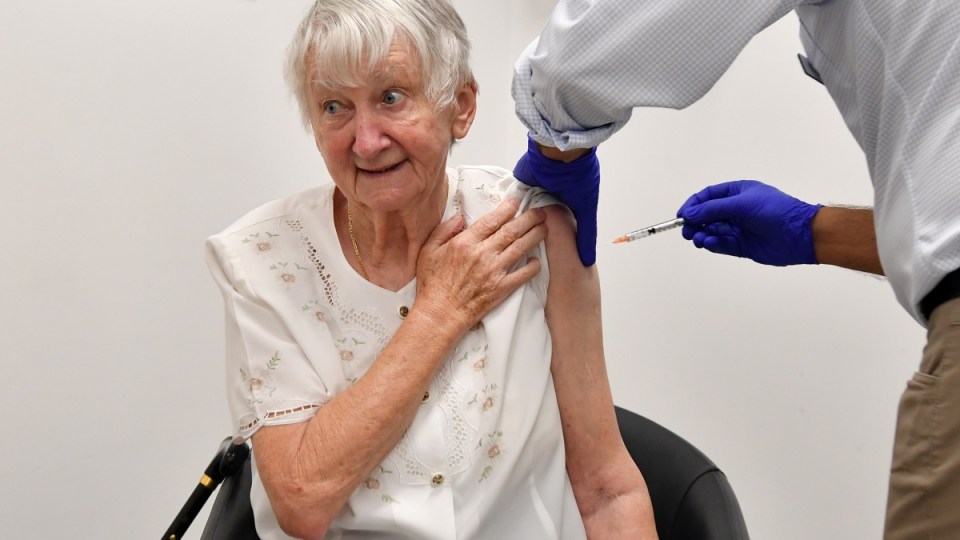 The government is being urged to refocus efforts on COVID-19 booster shots for older Australians. Photo: AAP

A leading infectious diseases expert has urged the federal government to concentrate efforts on getting more older Australians to receive their COVID-19 booster.

Professor Peter Collignon from the Australian National University said the efficacy of boosters at protecting people from severe illness or death from COVID-19 was much larger for those aged over 50.

“We have to change the messaging around the boosters … the older you are, the more benefit you get from the booster,” Professor Collignon said on Monday.

“Everyone needs to get the booster, but some people get more benefit than others, particularly the elderly.”

It comes after New South Wales recorded five COVID-19 deaths in the most recent reporting period, all over the age of 60.

All five of the deaths in the state had been double vaccinated, but none had been given their booster shot.

The latest vaccination figures showed more than 11.8 million Australians had received their third dose of a COVID-19 vaccine.

The figure represents more than 64 per cent of the eligible population, however, the booster rate has been stalling.

With the rate of the population having had their primary course of the vaccine at almost 95 per cent, Professor Collignon said there was no reason why that figure could not be replicated for a third dose.

“For people over 50, we should be aiming to have the booster at the same level at more than 90 per cent,” he said.

“People are still stuck in a zero-COVID mindset, and we have to be different in our approach.

“Those who are most at risk are older, and that’s where the biggest death rates will be if we don’t get the booster rate up.”

Although the number of daily COVID-19 cases across the country had largely flatlined, Professor Collignon said it would still take a few weeks for the death rate from the virus to follow suit.

He warned while the situation would improve in coming months, it could change again come the arrival of winter.

“Ongoing cases will slowly decline, and come July and August it will kick back up again because more people are inside,” he said.

“The next concern is where the virus gets into … winter is a risk. I hope I am wrong, but we can do a lot to prevent it.”

South Australia has added 23 deaths to its COVID-19 toll that occurred between December 31 and March 3.

The adjustment takes SA’s total number of deaths due to the pandemic to 213.

There were five COVID-related deaths in NSW, two in Victoria and one each in Queensland, the Northern Territory and Western Australia.

Myrkl: The new anti-hangover pill said to break down up to 70 per cent of alcohol in an hour
South Australia adds historic deaths to COVID-19 tally
Today's Stories