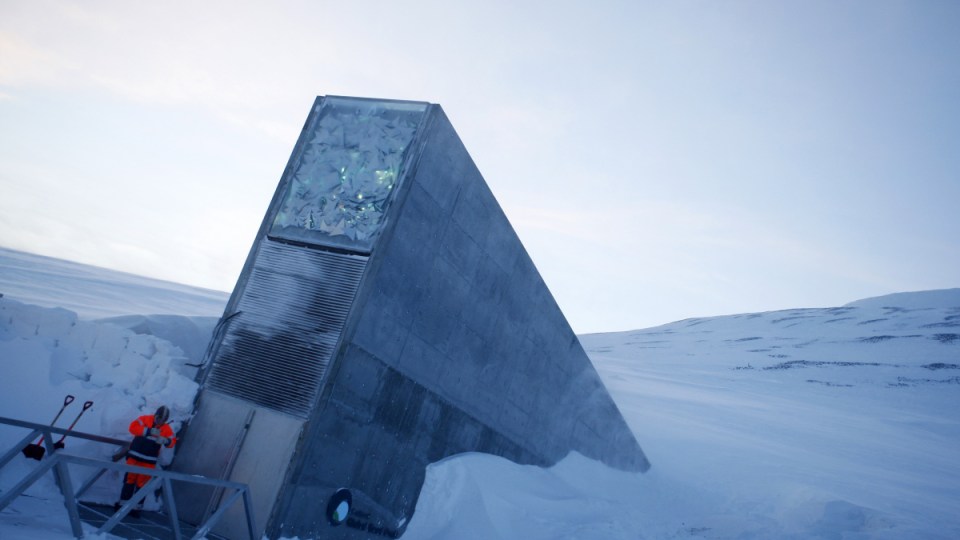 The Svalbard global seed vault in Norway is to receive deposits from a range of countries on Monday. Photo: AP

A vault built on an Arctic mountainside to preserve the world’s crop seeds from war, disease and other catastrophes will receive new deposits, including one from the first organisation that made a withdrawal from the facility.

The Svalbard Global Seed Vault, on Spitsbergen island halfway between mainland Norway and the North Pole, is only opened a few times a year to limit its seed banks’ exposure to the outside world.

On Monday, gene banks from Sudan, Uganda, New Zealand, Germany and Lebanon will deposit seeds, including millet, sorghum and wheat, as back-ups to their own collections.

The International Centre for Agricultural Research in Dry Areas, which moved its headquarters to Beirut from Aleppo in 2012 because of the war in Syria, will deposit some 8000 samples.

A total of 22 #genebank deposited 50,926 #seed samples during 2021. Thanks to all the people across the world who work hard to safeguard and make available the crop diversity we all need. We look forward to welcoming more diversity to the Seed Vault. https://t.co/B2yIghuv2u pic.twitter.com/BOWp55b8XG

ICARDA made the first seed withdrawal from the vault in 2015 to replace a collection damaged by the war, and two further withdrawals in 2017 and 2019 to rebuild its own collections, now held in Lebanon and Morocco.

“The fact that the seed collection destroyed in Syria during the civil war has been systematically rebuilt shows that the vault functions as an insurance for current and future food supply and for local food security,” said Norwegian International Development Minister Anne Beathe Tvinnereim.

Scientists at @ICARDA capture and analyze data from sensors, drones, satellites and IoT to help small dryland farmers increase their income by saving on inputs costs. #PrecisionFarming is for small-scale farmers too.https://t.co/pT0T3S5ql5@CGIAR

The vault, which holds more than 1.1 million seed samples of nearly 6000 plant species from 89 seed banks globally, also serves as a backup for plant breeders to develop new crop varieties.

The world used to cultivate over 6000 different plants but UN experts say we now get about 40 per cent of our calories from three main crops – maize, wheat and rice – making food supplies vulnerable if climate change causes harvests to fail.

Kirstie Clements: Not quite so highbrow now
Today's Stories