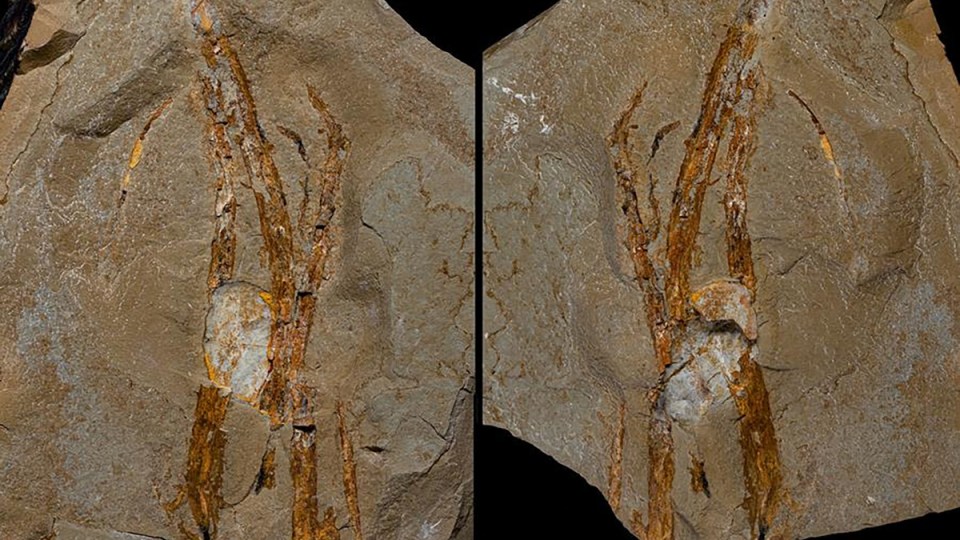 A fossil of a plant that lived 400 million years ago was found on the side of a road in Victoria. Photo: Museums Victoria

A 400 million-year-old fossil found on the side of a Victorian main road has shed new light on the evolution of Australian plants.

The unexpected find near the central Victorian town of Yea, about 100 kilometres north of Melbourne, happened back in January 2015.

It was made by Fearghus McSweeney, now a palaeobotanist at RMIT.

“At the time I was more of an amateur, just doing this as a hobby,” Mr McSweeney said.

One of Victoria’s oldest and rarest fossilised plants is now being cared for as part of the Victorian State Collection at @melbournemuseum. Taungurungia garrattii, an entirely new genus, was found by Fearghus McSweeney from @RMITUniversity. Read more https://t.co/htv0r6Ynlx pic.twitter.com/95e9zrSG5d

He was with an expert though, Dr Michael Garratt, who had previously studied the spot.

A few minutes after the discovery, with the first few blows of a hammer, the pair knew they had found something pretty special.

“It was just there. I was really surprised,” Mr McSweeney said.

“That has never happened, and I doubt it will ever again. It was really very lucky.”

What he found was an entirely new genus, and one of Victoria’s earliest plants, according to Mr McSweeney and his co-authors who described the discovery in the scientific journal Memoirs of Museum Victoria.

Mr McSweeney studied the plant as part of his doctoral thesis on early Victorian land plants, and it took six months of painstaking work to prepare the fossil, which he named Taungurungia garrattii.

It showed that despite most plants at the time being quite small, and similar to moss, they had to evolve and have a vascular system in order to get much bigger.

As for the fossil itself – it has now reached the end of it 400-million-year journey and resides in the Melbourne Museum, as part of the Victorian state collection.

Michael Pascoe: The Liberals face being engulfed by a rising tide of independents
The Stats Guy: How data can challenge our long-held stereotypes
Today's Stories