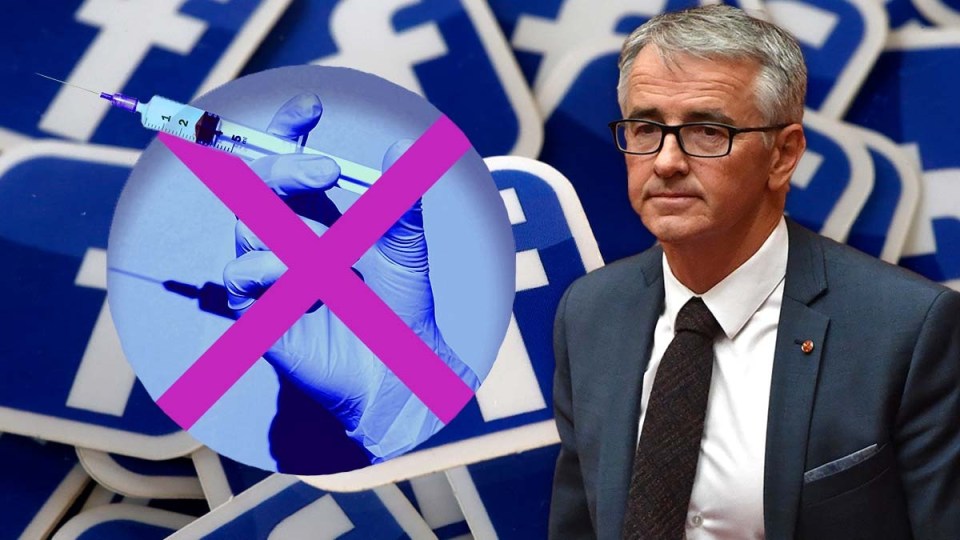 Nobody has heard of anti-facts Liberal senator Gerard Rennick, but he's the most popular politician on social media, writes Tim Ferguson. Photo: TND

Nobody has heard of anti-facts Liberal senator Gerard Rennick, but he’s the most popular politician on social media.

A ‘social media specialist’ took time out from kindy play-lunch to say, “Rennick’s popularity outranks Scott Morrison, Anthony Albanese and Pauline Hanson because people know who they are.”

Rennick has called for an end to workplace-mandated vaccinations, the “repeal” of state border closures and other things over which he has no power whatsoever.

Rennick wants compensation for those injured by the vaccine. Most injuries are due to pride, because the vaccine actually worked.

The Queensland bend-over-backbencher complained that many have suffered shoulder soreness from vaccines. Mostly from being permanently up in arms about them.

“We’re talking out of both sides of our mouth,” Senator Rennick said of the federal government, which can also talk out of both ends of its body politic.

Because the government is embracing net zero, the Greens will split their party to attract more voters.

There will now be a choice of the Grey-Greens, the Bottle Greens and the Jungle Greens. The Malachites made a half-hearted effort but they were a bit jaded.

A hipster voter who prefers to be known as ‘quinoa curious’ said, “Any Greens voter will tell you, it’s good to touch the green, green grass of an inner-city rooftop avocado-patch”.

Netflix has announced its latest comedy special, Sex: Unzipped, a puppet TV show sex-plaining sex. It stars rapper Saweetie and a bunch of furry puppets who insist they are not a metaphor.

The Guardian newspaper gave the show zero stars, so it must be entertaining.

Censors have asked, “Do you have a Kermit for that?”

Shadow puppets will be used for discretion.

An Australian version is in production to be hosted by Sammy J and Very Randy.

French President Emmanuel Macron has accused PM Scott Morrison of lying to him. But Morrison said, “I’m not going to cop sledging of Australia”.

“He was talking about you, bald guy,” said a Frenchman.

“I’m not going to cop balding of Australia,” said Morrison.

When asked if he thought Scott Morrison had lied to him, Mr Macron said, “I don’t think, I know”.

Either way, we know…

Labor victory fires up Tamil family’s hopes of return to their Biloela home
Analyst: Sharemarket will be anxious about a Labor pact with Greens
French foreign minister hails defeat of Morrison and his ‘notorious incompetence’
Tiger Woods quits PGA tournament after the worst round of his career
COVID claims 18 more lives as nationwide daily cases soar above 35,000
Volodymyr Zelensky: How war will end as Ukraine ‘breaks backbone’ of Russian army
Madonna King: We need to discuss if electronic tracking carries greater harm than good
Today's Stories