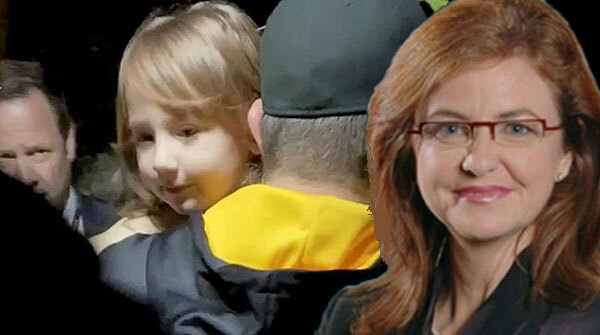 Like many parents, we’ve just signed our teenagers up to the tracking app Life360.

It’s a real-time window into where everyone in your ‘bubble’ is, at any point in time. Our family make up one bubble, so we share real-time knowledge on our whereabouts.

That means we can watch our 17-year-old, on her new red Ps, drive to the shopping centre. We can see the speed she is travelling, too.

These apps, and particularly this one, are providing mightily popular in friendship groups and families and sporting teams.

It provides independence for teens, and surety for adults.

But is there a cost? And do we need to have a discussion on whether electronic tracking – on apps or mobile phones or mobile dash cams – carry greater harm than good?

One 16-year-old this week told me the story of a date with her 17-year-old boyfriend. They were going to a restaurant, after he picked her up in the car he’d bought from money saved from a part-time job.

On the way to the restaurant, he realised he’d forgotten his wallet, and the couple diverted from their original track to retrieve it.

Several minutes later, while she sat in the passenger side of the car, her mother pulled up in her boyfriend’s driveway.

She’d tracked their journey, found out they’d turned in a different direction, and followed the app at speed – believing her daughter was in trouble.

Her daughter says she was humiliated, and the fallout has undermined a trust they both believed had been the envy of others.

Mobile phone tracking – whether it is through towers or apps – has also added a valuable tool to police work. In fact, it has almost become as crucial as DNA.

While police remain tight lipped, Cleo Smith is back in the embrace of her parents courtesy of some of the mobile phone technology that didn’t exist only a decade ago.

During that time, our use of mobiles has grown exponentially – and many of us are now touching our smart phone, on average, almost 3000 times a day. Our use of it has almost climbed to top four hours each day.

So what kind of trail does it leave? And is our phone imprint now as telling as our DNA?

In Australia, courts have thrown the book at domestic violence perpetrators who have waged their evil by text message: Threats to hurt and kill, voice messages proving they were following their victims. And it has resulted in clear and quick convictions.

Likewise, in several murder cases, culprits’ mobile phone history has included such searches as ‘how to kill’, ‘how to poison’ and ‘how to get rid of a body’.

One conviction was helped after the accused was found to have put his phone on charger in the middle of the night.

For law enforcement, trying to piece together a million jigsaw pieces, that trail of incrimination is gold.

Routinely, speeding cars are tracked, mobile data can put a person within a stone’s throw of a crime, and voice messages can provide the evidence that clinches a drug deal faster than any investigative work.

One of California’s most notorious criminals – former police officer Joseph James DeAngelo, who committed more than 50 rapes and at least 13 murders – was caught on the back of a website that captured genetic profiles shared publicly by their owners.

In another celebrated American case, Lisa Marie Roberts of Oregon was released from jail after almost a decade for a murder she did not commit.

A mobile phone tower had helped convict her – and another later proved her innocence.

But there’s a flip side here. What might make most of us feel safer, and help police clear up crime rates, could provide the means for some to be hurt.

Hannah Clarke was the Brisbane mother who was burnt to death alongside her three children last year by a jealous ex-husband.

Her friends says Hannah never understood how Rowan Baxter always knew her plans – until they realised he’d hidden a phone in her car to record her conversations and plans.

A domestic violence expert, on that case, provided her with a ‘burner phone’; a prepaid mobile that few knew about, and would escape her violent ex-husband’s detection.

And that’s the irony here.

Our mobile phones, as ubiquitous as water, can deliver law enforcement results we didn’t dream of a decade ago. But they can also be used by the targets of police investigations to wage evil.

But when push comes to shove, people commit crimes, not technology.

And this week, we received a hint of how technology might have been law enforcement’s best friend when it came to finding a gorgeous four-year-old girl we all claimed as our own.

Labor victory fires up Tamil family’s hopes of return to their Biloela home
ACTU hails Labor’s triumph as the first step to pay raises
Analyst: Sharemarket will be anxious about a Labor pact with Greens
French foreign minister hails defeat of Morrison and his ‘notorious incompetence’
Tiger Woods quits PGA tournament after the worst round of his career
COVID claims 18 more lives as nationwide daily cases soar above 35,000
Here’s how dietitians can help our mental wellbeing
Today's Stories