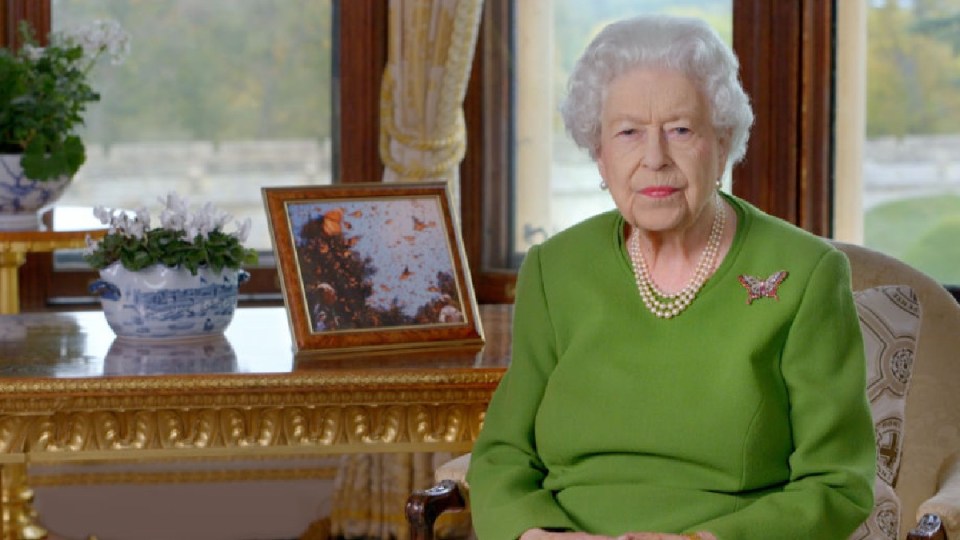 In her prerecorded address, the Queen said that “none of us will live forever”, in a call to arms on climate action. Photo: Getty

Most of us have known no other British sovereign than Queen Elizabeth II.

The much-loved and admired 95-year-old rarely shows signs of vulnerability, but in recent days that has changed.

After an overnight stay in hospital for an unspecified ailment, the Queen cancelled a trip to Northern Ireland and her appearance at the COP26 summit in Glasgow. Instead, doctors advised her to rest.

In her prerecorded address to the summit, she said, rather poignantly, that “none of us will live forever”, in a call to arms on climate action.

Queen Elizabeth is the longest-reigning British monarch, and the only one most Australians have known.

Were she to die, Prince Charles would automatically succeed as our head of state.

On the Queen’s visit to Australia in 2011, Prime Minister Julia Gillard described the Queen as “a vital constitutional part of Australian democracy”.

Presumably she was not referring to the part of our Constitution that allows the Queen to disallow any legislation even after it has been signed into law by the Governor-General.

No monarch has actually used that provision, and the most controversial use of monarchical power is the 1975 dismissal of the Whitlam government by Sir John Kerr.

While Kerr acted in accordance with the Constitution, there is little doubt he was encouraged by Buckingham Palace.

While the extent of the Queen’s own involvement remains unknown, there is clear evidence of Prince Charles giving advice to Kerr.

The dismissal certainly gave new life to the republican movement, but it did little to weaken Australia’s emotional ties to the monarchy.

Indeed, it may have strengthened them, as in turn Whitlam, Kerr and Fraser disappeared from public life while the Queen remained as a symbol of continuity.

The events of 1975 remind us the monarch may retain some political significance, but the symbolic weight of the Queen’s position as head of state is harder to evaluate.

Her head remains on our coins, her birthday is commemorated by a public holiday – though never on her actual birthday – and her name is featured on our passports, which nevertheless gives us no special privilege when landing in the United Kingdom.

While the Queen must approve the appointment, the governor-general is essentially the choice of an incumbent prime minister.

Under Liberal governments, three of our past four governors-general have come from the military.

None of the 14 Australian prime ministers who have pledged allegiance to Her Majesty have been indiscreet enough to suggest her views have influenced their policies.

The consensus is she is well informed and a good conversationalist.

But her presence has been an important conservative factor in Australian political discourse, only partially broken during debates about a republic.

Our constitutional system favours politicians, even those who espouse republicanism.

Other than Quentin Bryce, appointed by Kevin Rudd, recent governors-general have had a low profile, leaving prime ministers to fill many of the ceremonial roles typically associated with a head of state.

A president, however appointed, would alter this balance.

The Queen has visited Australia at least 14 times, although she carefully avoided travel during the republican debates of the late 1990s.

Royal tours no longer draw hundreds of thousands into the streets, but they remain a tangible sign of the gossamer threads that still link us to Britain.

The royals are continually enlisted to maintain a particular version of Australian history.

It is one that honours British explorers and settlers, ignores the wars against the Indigenous owners of the land, and extols fighting at the side of the British in two world wars.

The continued presence of the royal family emphasises the British origins of settler Australia, even as Indigenous and migrant communities grow in self-confidence and assertiveness.

Doing interviews for my recent book on constitutional monarchies, I’ve been struck by the extent to which most of us are confused about the actual role of the Queen, and the extent of enthusiasm that remains for the royals.

In an age of autocrats and rising uncertainties, there is something comforting in our ties to a family, however remote, whose very frailties offer a sense of continuity and reassurance.

Australian republicans have assumed the debate can resume after the Queen’s death, but that may underestimate the wave of emotion her passing will unleash, and the sympathy for Charles, who will succeed to the throne well past retirement age.

But if Australia is to break with the monarchy it requires a willingness to imagine a rather different constitutional order, one that reflects Australia as it is now, not one framed by white British men more than a century ago.

With the Queen told to rest, the question arises: What would life be like without her?