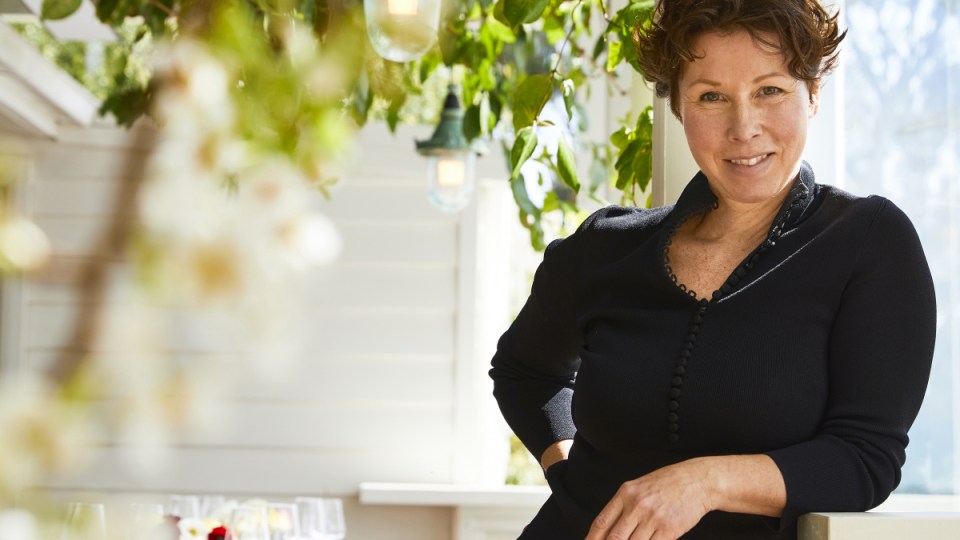 Chef Brigitte Hafner says she dreamed of opening her prize-winning restaurant for more than a decade. Photo: Gourmet Traveller

An intimate eatery in Melbourne’s Mornington Peninsula has been named Australia’s restaurant of the year, cementing the city’s status as the nation’s culinary capital despite several lockdowns.

Tedesca Osteria, set in an early 20th-century weatherboard house overlooking 27 acres of Red Hill farmland, was named 2022 Gourmet Traveller Restaurant of the Year at a virtual ceremony on Sunday night.

Chef and owner Brigitte Hafner spent more than a decade dreaming of opening the restaurant, which seats between 30 and 35 diners for intimate, slow-paced lunches.

“Tedesca sprung from something I’d been thinking about for a long time,” Hafner said in a statement.

“I grew it in my heart, from my thoughts, from conversations and how I like to cook.”

Gourmet Traveller praised it for being “sophisticated and elegant yet operating in a way that is both humble and intensely personal”.

Daniel Puskas of Sixpenny in Sydney was named Chef of the Year, in the night’s only peer-voted award.

The restaurant pivoted to a successful bakery model amid the state’s lockdown.

REVIEW: put Tedesca Osteria on your must-do list. With chef-owner Brigitte Hafner in the kitchen, this Mornington Peninsula spot feels less restaurant and more like lunch at a friend's house, in the best way possible, writes Michael Harden. https://t.co/EervyVHRJe pic.twitter.com/uEFDxl9JUa

“This year has been enormously challenging for the restaurant industry but it has also sparked new depths of creativity and resilience, particularly from our restaurant award winners,” Gourmet Traveller editor Joanna Hunkin said.

“As Sydney and Melbourne reopen and regional travel resumes, what better time to celebrate the joy of dining out and the people who make it so special.”

Sydney emerged from lockdown in mid-October, with Melbourne following on Friday.

Melbourne is considered the most locked-down city in the world, having endured a total of 263 days under stay-at-home orders since March 2020, with the flow-on effects bringing many hospitality venues to their knees.

A who’s who of the industry will gather in Melbourne in February to celebrate the award winners and the resilience of the hospitality industry.

Chef of the Year: Daniel Puskas from Sixpenny, Sydney

Restaurant Personality of the Year: Sharon Romeo from Fino, SA