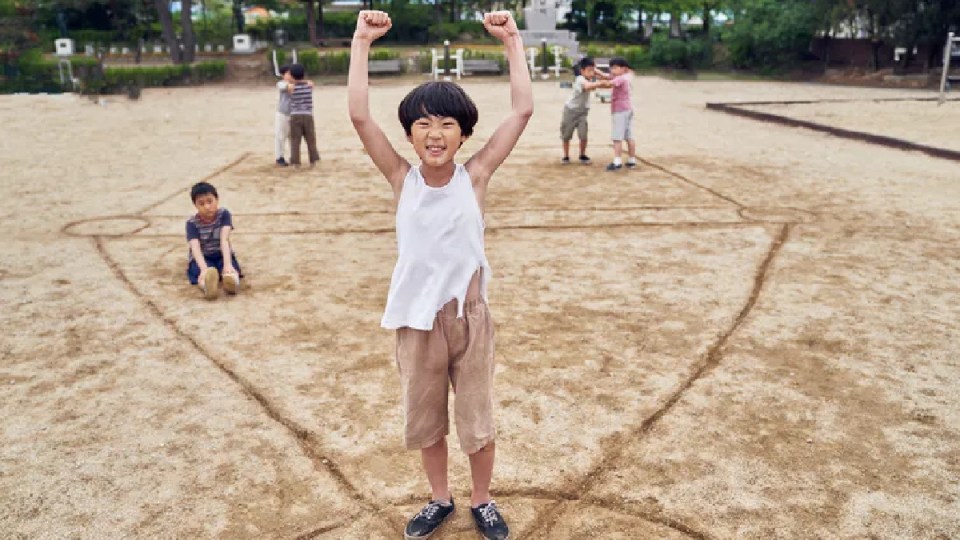 The dystopian South Korean horror series Squid Game has become Netflix’s most watched TV series, but it is quickly becoming as controversial as it is popular.

The latest controversy to arise around Squid Game, which is rated MA15+ in Australia, relates to the interest it has sparked among young children.

This includes warnings from an Australian school that children as young as six are recreating games featured in the dark and gory hit show.

A council in Southern England recently sent an email to parents urging them to “be vigilant” after receiving reports “young people are copying games and violence” from the show.

In Australia, similar warnings have been issued by educators in Sydney and Western Australia.

In Squid Game, characters compete for a cash prize by participating in challenges that augment classic Korean children’s games, with the “losers” being killed at the end of each round.

Further emphasising the show’s twisted take on child’s play, these games are staged in highly stylised arenas, such as an adult-scale children’s playground.

After each challenge, these traditional children’s play spaces tend to be left soaked in blood and littered with piles of corpses.

While the recent warnings urge parents not to let their children watch Squid Game, young children’s awareness of the violent show more likely relates to its pervasive presence on social media, which has extended to viral content on TikTok and YouTube, popular with teenagers and children.

The show is certainly a craze within children’s digital cultures.

A number of successful channels on YouTube Kids (designed for viewers under 12) have capitalised on the Squid Game trend.

This video game, which is popular with kids, enables users to program games and share them with other users.

Squid Game has become a very common theme in these user-programmed Roblox games. Many Squid Game Roblox videos have hundreds of thousands or even millions of views.

On both the kids’ and main version of YouTube, videos aimed at children feature people (often children) playing these Squid Game-inspired games in Roblox, with the ‘Red Light, Green Light’ challenge emerging as a particularly popular trend.

This challenge is also a trend on TikTok, with people emulating the game in a vast variety of real-life settings and in videogames Roblox and Minecraft.

The ‘Red Light, Green Light’ scene has become one of Squid Game’s most widely shared moments: The giant animatronic doll that acts as a deadly motion sensor in this game has been heavily meme-ified.

Most of these kids’ YouTube videos are quite innocuous by themselves. However, they show how Squid Game has crept into digital content explicitly targeting young children.

Given Squid Game’s bright, childish aesthetics and focus on playground games, it is perhaps not surprising that viral online content about the show appeals to children.

But the boundaries between adult and child-oriented content online have always been murky.

YouTube has been at the centre of a number of controversies regarding inappropriate content aimed at children.

TikTok has faced similar controversies related to children’s safety on the app and problematic content being watched by children, such as anti-vaccine videos.

TikTok allows full access to the app to children aged over 13, but reports show children much younger are using it: alongside YouTube, TikTok is currently facing a US Senate hearing on kids’ safety.

After a historic fine of US$170 million ($227 million) was imposed on YouTube by the US Federal Trade Commission in 2019, sweeping changes were introduced to make the distinction between adult and children’s content clearer on the platform.

For instance, creators must now inform YouTube if their content is for children and machine-learning is used to identify videos that clearly target young audiences.

Despite these changes, YouTube remains a very different beast to broadcast television, and content popular with children on both the main and children’s version of the platform often differs markedly from kids’ TV.

Adult anxieties about Squid Game’s malign influence on children build on earlier concerns about this “mash-up” content, but also about children’s interaction with the web more generally.

An international news cycle emerged about ‘Momo’, claiming the creature was appearing in children’s content on YouTube and encouraging kids to participate in deadly games and challenges.

As is now occurring in relation to Squid Game, in Australia and beyond official warnings were issued to parents about the ‘Momo Challenge’, advising them to be vigilant.

It soon became clear the ‘Momo Challenge’ was most likely a viral hoax.

Momo embodied parents’ worst fears about the dangers of children’s internet use.

Concerns about Squid Game’s influence on children have a similar tenor: These fears may not be a response to actual dangers, but a manifestation of our discomfort with how easily adult-oriented media can seep into online content aimed at young children.

Labor victory fires up Tamil family’s hopes of return to their Biloela home
Perth residents urged to play it safe as massive storm rolls across region
Joe Biden says he’s not fussed by North Korea’s rumoured return to nuclear tests
ACTU hails Labor’s triumph as the first step to pay raises
Analyst: Sharemarket will be anxious about a Labor pact with Greens
French foreign minister hails defeat of Morrison and his ‘notorious incompetence’
The Stats Guy on the elegant beauty of generational data
Today's Stories