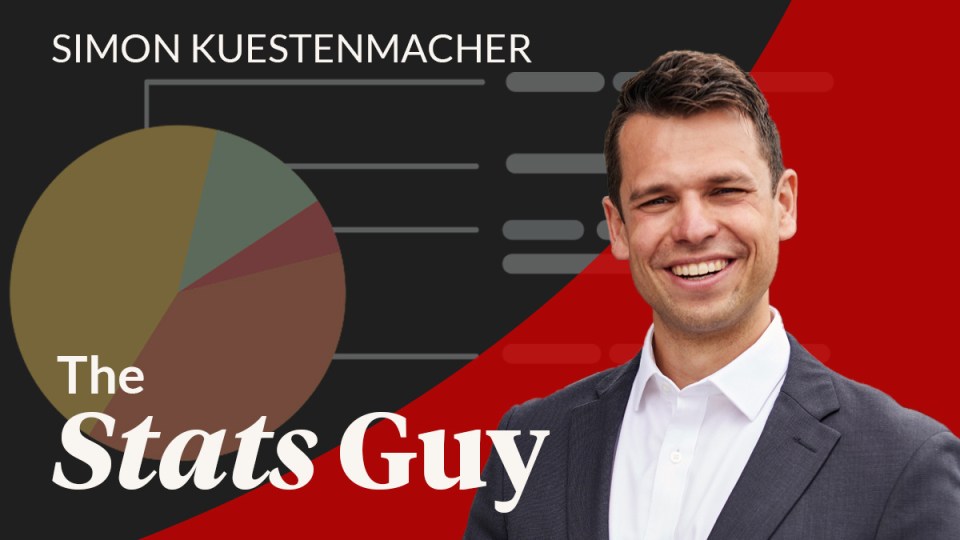 Today I’ll try to weaponise you with some knowledge you can whip out the next time your conversation (inevitably) strays to discussing the different generations.

There are basically two ways we can define a generation.

The first one is better when you want to focus on attitudes and values of the different generations and most people are actually using the definition from the PEW Research Centre, based in Washington DC.

Australian organisations often just borrow this definition, even though the PEW data is based on US-specific insights – a bit odd, but it’s actually close enough.

Let me explain. In the PEW approach, some generations are assigned 18 years of birth (Silent Generation, Boomers) while others only get 15 years (Gen X, Millennials, Gen Z).

When exploring differences in social views (Is gay marriage cool? Is there a god? Is climate change a hoax?) the size of a generation doesn’t matter so much. The goal, rather, is to show that values are fluent and that they can change from one generation to the next.

The second option assigns all generations the same size (usually 18 years). This approach is better when we want to compare generations by size. Research into population, workforce and housing is often interested in such findings.

Evenly sized generations are crucial here. Doing this kind of analysis with the PEW definition is a bit misleading as a generation that spans 18 years can easily be expected to have more influence than a generation that only spans 15 years.

Regardless of which of the two definitions we prefer, we must decide on a starting point. One generation must be the first. Doesn’t matter who creates a set of generational definitions, they always start with the Baby Boomers.

As the Second World War ended, an unprecedented baby boom (due to pent up demand and a sense of optimism about the future) clearly demarcated that generation from the previous one.

Once you have the first generation defined you can either count forward and backward in 18 year intervals to come up with the remaining generations.

How do we come up with names for the generations? There isn’t a secret organisation of demographers scrabbling over these names. It’s a slow process; a public consensus slowly develops in the media, on social media, and in popular parlance.

This can differ from country to country. In Germany, Gen X is also referred to as Generation Golf (after the Volkswagen Golf). This is based on a popular book that claimed the German teenagers of the 1980s weren’t interested in great social progress but only wanted to enjoy the spoils of capitalism.

Is it really worth looking at generational data, though?

Isn’t that just a set of vague generalisations, one that doesn’t provide us with useful data? Personally, I like generational data a lot since the simple terminology allows for easy-to-understand narratives and we can look at the population through two lenses at once.

Some life stages shift between generations. The Millennials stretched the adolescence phase to the max. They procrastinated on having kids, started their careers later in life after spending an awfully long time in education, and purchased (not necessarily by choice) their first home later in life.

The second lens looks at generational values. Why do generations value different things? Why are there large differences in attitudes towards the legalisation of cannabis, the environment, defence spending and the like?

Everyone is a product of their time to some extent. The technological, political, geopolitical, economic and social status quo during the formative years (lasting from the teens to the early 20s) of a person’s life are said to permanently shape their world view. Obviously, this results in intergenerational differences.

Every generation gets its time in the spotlight. Gen X, for example, has already taken over political leadership. The Prime Minister and premiers were all Gen X – at least until Dominic Perrottet (born in the first year assigned to the Millennials) took over in NSW and ruined my lovely statistic.

Now you hopefully know a bit more about how we define generations and why we look at such data in the first place. Granted, this was a bit theoretical today.

To make up for this we will look at the four big generations (Boomers, X, Y, Z) in more detail and even quickly run through the two small ones (Pre-Boomers, Alpha) in coming weeks.

When we are done with this mini-series you will understand the pains and goals of the different generations.

The Stats Guy on the elegant beauty of generational data