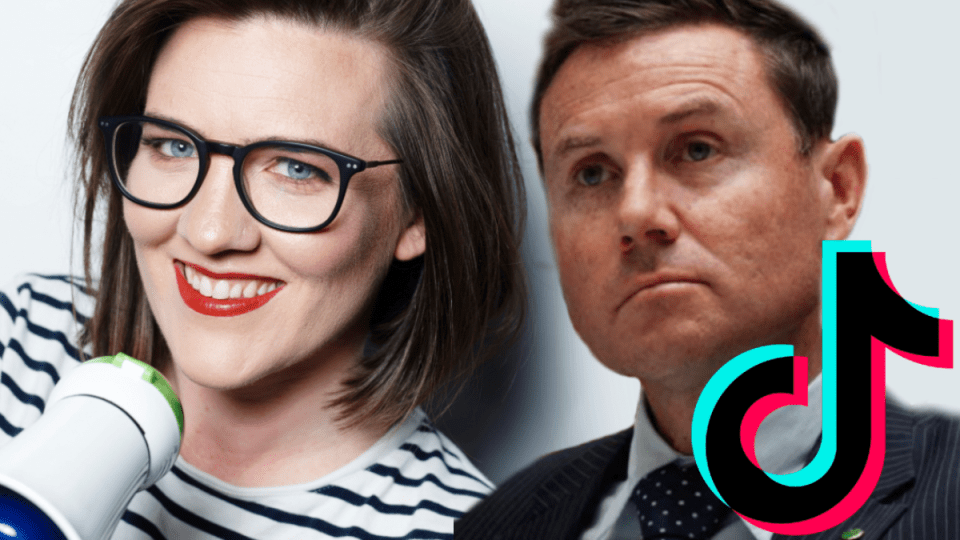 Comedian Rose Callaghan wants people to get the facts on ADHD – and to combat those who spread misinformation. Photo: TND

Have a girlfriend who is late to a coffee date – again?

Was it because her car keys were in the pocket of a jacket buried somewhere under the clothes in her bedroom – again?

Maybe she’s stressing because the mess waiting back at home is twofold, now covered by clean washing morphing into a mountain, a monster she’s resided herself to sleeping on top of tonight. That’s if she gets any shut eye.

Oh, and she’s just received a letter to say that parking fine from three years ago is now going to cost four times as much unless she goes to court.

Has she just blurted all of this out before you’ve had a chance to order and is now trailing off…what was it she was saying?

Maybe your friend just needs to take a breath, stop spending so much of her day scrolling TikTok videos and clean up her act instead.

Or maybe she has Attention Deficit Hyperactivity Disorder.

What’s that you say? Your friend has won awards in her field, runs her own business and has a husband and kids?

It doesn’t matter. Contrary to popular belief, ADHD is not a condition only experienced by naughty little boys running in the schoolyard.

Nor is it an excuse for bad behaviour from big boys (like that of Liberal MP Andrew Laming who revealed he was living with the “behemoth inside him” when he was embroiled in scandals including allegedly taking photographs of a woman’s bottom).

From the outside, the 38-year-old might look like she has it all together. But without medication and support for her ADHD, her life is a “mess”.

“People with ADHD can be high achieving,” she said.

“You can be really good at your job but your washing is always in a damp pile in your washing machine, you’re an hour late to meet up with your friends, your relationships are difficult.

“I have ADHD and I’m an empathetic person. If someone just acts like a total d–khead and then says, ‘oh I have ADHD’, I just think that’s s–t, especially someone so high-profile.

“You weren’t doing advocacy work for ADHD … but suddenly when you got in trouble it suddenly felt important to tell everybody.”

Callaghan was diagnosed six years ago with ADHD that presents as both hyperactive and inattentive, meaning she can be full of energy one minute and “off with the fairies” the next.

It took more than 30 years for doctors to realise she was living with ADHD – a common story for Australian women with the neurological disorder.

The symptoms were always there. Callaghan couldn’t lay still during kindergarten naps. In grade two, she was moved into a class for children with learning difficulties, even though she was bright.

When she was older, she’d struggle to do her homework and sleep too long in the morning. By night, she’d have a sudden spike of energy and be doing cartwheels in the hallway at 11pm.

In her 20s, you could find her in the club, partying and drinking.

“I just couldn’t get things done. I couldn’t focus,” she said.

“I’ll walk into a room and not remember why I walked in there.

“Getting out of the house becomes the hardest thing in the world.”

Housework was “impossible” and she’d tend to keep just cans and packet pasta in the cupboard because she couldn’t think ahead to meals or plan a shopping list.

New challenges arose with the arrival of baby Freddie nine months ago.

“It has been a struggle. The medication I was taking before I had the baby has not been doing the job. I had to tweak it,” she said.

“When you have a baby it just really uses up the executive function part of your brain and it’s just so overwhelming,”

Despite all that, Callaghan considers ADHD her “superpower”. She’s creative, spontaneous, and at her best thinking on her feet on stage, or racing to meet a deadline.

Now she’s on a mission to help other mums with the disorder get the help they need – and to realise they don’t have to be Superwoman.

“Women with ADHD have gotten ignored and not studied a lot and they were really really under-diagnosed. It’s getting better in the last few years but it’s still not that understood,” she said.

Putting herself first by not keeping mum

Callaghan received conflicting advice on whether pregnant women and mums who are breastfeeding should be taking stimulant medication like the dextroamphetamine she needs to function at her best.

One study cited by medical professionals was actually based on a group of mothers who were coming down from a stimulant that was not ADHD medication but the drug “ice”.

Callaghan said she was lucky to have the resources to be able to draw on other expertise and seek out multiple medical opinions so she could feel informed and find the right medication and dosage.

“Lucky I have a really organised partner – he’s just doing the dishes, doing the washing, getting everything organised, getting the shopping list,” she said.

Callaghan worries GPs are, “by default” because of a lack of information, encouraging new mothers to give up the medication they need to remain on top of their own health.

Without hers, she said, she would have had a “breakdown” and she worries about the risk to other new mums who because of ADHD could be more prone to post-natal depression.

“It would have been very bad. I’ve come so far. My life was just such a mess before I got diagnosed. Everything was hard, everything was really overwhelming,” she said.

“I wasn’t willing to go through breastfeeding without medication. It wouldn’t have been good for me.”

With ADHD Australia noting scientific evidence on women is severely lacking – and “lagging” behind that analysing male patients’ experiences – Callaghan is now working with nurses and lactation specialists to help them understand how mothers experience ADHD and why patients need more information before deciding whether to go off medication.

“Women with new babies, there’s so much pressure on women to be the perfect mother and everyone wants to be an amazing mum so if you give a woman the slightest encouragement to martyr herself for the wellbeing of her baby she will do it,” Callaghan said.

“We don’t need much encouragement to put our health in danger if someone says it might be better for the baby.

“But the best thing for a baby is a happy mother and one who isn’t unwell and depressed.”

She said she’s determined to fight the stigma attached to ADHD.

And she’s pleased to see more people coming forward to share their stories.

TikTok is no doc

But what’s driving the sudden spike in conversations about the disorder?

It’s been put down to the TikTok video craze where people with ADHD are going “viral” sharing their experiences, listing “hacks” on how to live better with the disorder and explaining the lesser-known symptoms.

You name it – a TikTok star who is amassing millions of followers worldwide is categorising it as a symptom.

It’s still worth it to seek a proper evaluation, you got this 🏆 #keepgoing #adhd #adhdtiktok #adhdsquad #neurodivergent

“I’m an ambassador so I know if there’s been a big campaign but it didn’t account for all these people. And then one day I realised there was this huge … massive thing on TikTok, of TikTok videos, so there’s millions and millions of views of all this ADHD content,” Callaghan said.

As someone who uses ADHD experience as content for her stand-up and who knows the power of “taking the piss” to get messages across, the comedian is glad to see more creators talking about ADHD.

But she does wonder about the science behind the apple pie addiction  – and whether the algorithms that mean the social media platform shares more videos with users who’ve clicked on a topic creates a “confirmation bias” that convinces followers that they, too, could have the disorder.

“It’s weird to go to a point where nobody had any idea but now everybody is talking about it,” she said, adding that TikTok is an unregulated “wild wild west” of medical information.

“That’s not a thing – you can’t self-diagnose.”

And you definitely can’t just diagnose yourself just to get out of trouble.

“It’s not an excuse for a terrible personality,” Callaghan said.