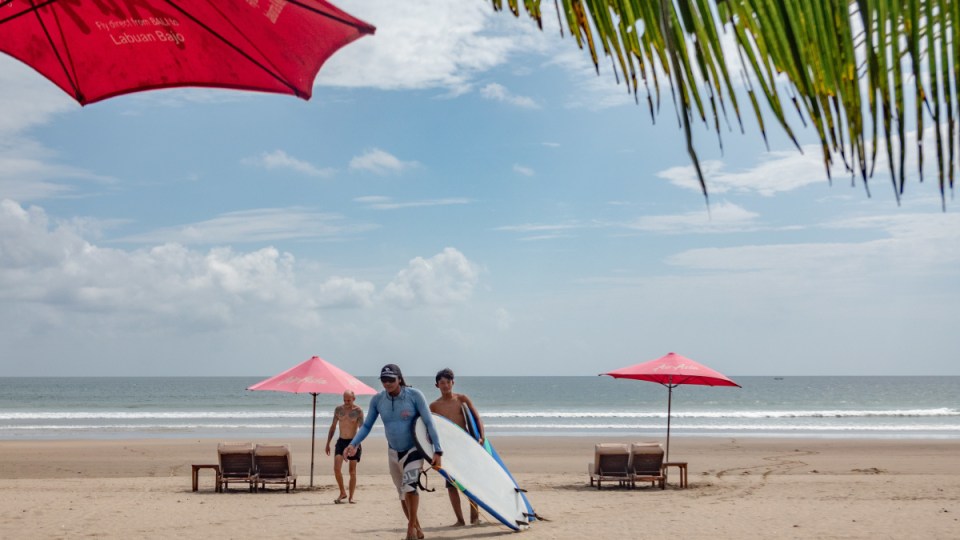 Bali is to reopen to international flights from selected countries from October 14. Photo: EPA

Indonesia plans to reopen the airport in the resort island of Bali for international flights within days, after closing it for more than a year because of the pandemic.

Co-ordinating Maritime Affairs and Investment Minister Luhut Binsar Pandjaitan said on Monday the airport would open to international flights from October 14, as long as it met requirements for quarantine and testing.

International arrivals must show proof of hotel bookings for a mandatory eight-day quarantine.

Indonesia, the world’s fourth-most populous country, has been hard hit by the virus. It has officially had more than 4.2 million COVID-19 cases and 142,261 deaths – but public health experts believe the real count is much higher.

Infections have fallen in recent weeks after peaking in mid-July. Mr Pandjaitan said the nation’s reopening and easing of social restrictions would be done in stages, because Indonesia “doesn’t want the unexpected to happen”.

Tourism and Economy Minister Sandiaga Uno said Bali’s reopening would focus on travellers and returning expatriates who used to live on the island.

The Indonesian government is still finalising some steps, including lists of countries with direct flights to Bali.

“The most important priority is the safety of the Indonesian people in terms of health and being protected from the potential spike in new cases of COVID-19,” Mr Uno said.

Bali unveils plan to reopen to international visitors, but not Australia