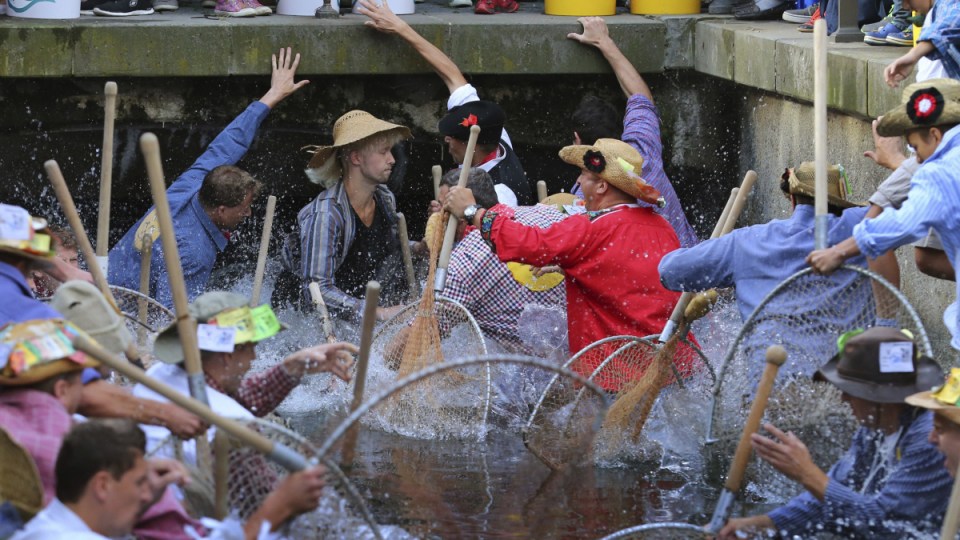 A German court says women can join a fishing contest that's been men-only since the 16th century. Photo: AP

The organisers of a five-century-old fishing event in southern Germany who were taken to court for excluding women have lost their appeal against allowing both genders to participate.

According to a spokesman, the organisers who put on the annual Fishermen’s Day in the town of Memmingen will decide on Thursday whether to take the case to the Federal Supreme Court.

Every summer, hundreds of male participants jump into the town stream and fish out trout before the water is drained and it’s cleaned out. The person who catches the biggest fish is crowned the Fisher King.

According to organisers, the tradition dates to the 16th century.

For its decision, the court had to determine whether the event was a faithful reproduction of the tradition, which would have justified the exclusion of women.

However, the judges ruled it did not qualify, meaning male members’ “special right” was “no longer justified.”

Both parties rejected an amicable settlement during the oral hearing, in a sign of how much the fronts in the dispute have hardened.

Christiane Renz, the female member of the group who went to court, welcomed the decision: “The shoes are ready,” she said with an eye on the next event. “Then I’ll be at the stream right on time.”

The first chairman of the club, Michael Ruppert, said he found it “a pity that the autonomy of associations was not in the foreground.”

Wednesday’s decision by the regional court could have wider repercussions for the male bastions at club-organised events.

Many prominent men’s traditions in Germany have recently been opened up to women – in some cases after years of debate and protests.

In Weingarten, for example, women have been allowed to ride in the Blutritt, an equestrian procession, since November 2020.

Previously, an application to include the Blutritt in the list of intangible cultural heritage had failed due to the lack of openness for women.