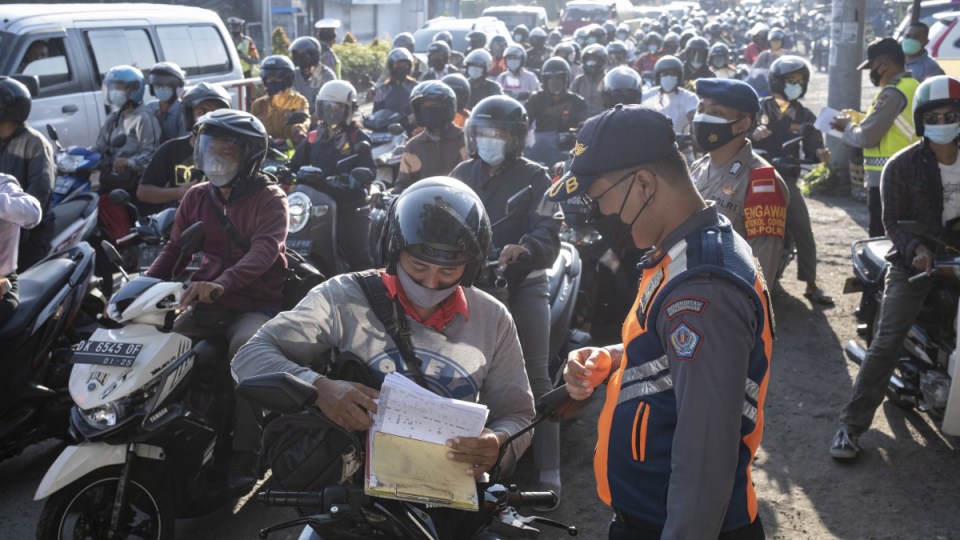 Indonesia has ordered four foreign tourists from Russia, the US and Ireland to leave the resort island of Bali after violating health protocols amid a devastating wave of COVID-19 illnesses and deaths.

One Russian who tested positive for the coronavirus upon her arrival in Bali last Thursday was recaptured that night after she escaped mandatory isolation at an appointed hotel, said Jamaruli Manihuruk, who heads the Bali regional office for the Justice and Human Rights Ministry.

She has been placed in an isolation facility in Bali’s capital, Denpasar, and will be deported as soon as she recovered from the virus, Manihuruk said.

Three others were accused of defying mask mandates in public after being found unmasked in a raid last Thursday in the Kuta tourist area to enforce health protocols and prevent more infections, he said.

The travellers from the US, Ireland and Russia were placed in a detention room at the immigration office while waiting for their flights to their countries later on Monday.

Indonesia has been hit hard by the virus, fuelled by travel during the Eid holiday in May, and the spread of the delta variant of the coronavirus first found in India.

Overall, the South-East Asian country has reported more than 2.5 million infections and nearly 67,000 fatalities from COVID-19.

The most recent surge prompted new lockdown measures last month, particularly on Java, Indonesia’s most populated island, and on the tourist island of Bali.

Bali has recorded more than 55,300 cases of COVID-19 since the pandemic began, including 1634 deaths.

Under the new emergency measures, authorities in Bali toughened its mask mandate to impose a fine of 1 million rupiah ($92) for foreigners who did not use masks properly and to deport those who did not wear masks.

Previously, foreigners were given guidance to use masks properly, were fined for a first offence and were deported after a second offence.