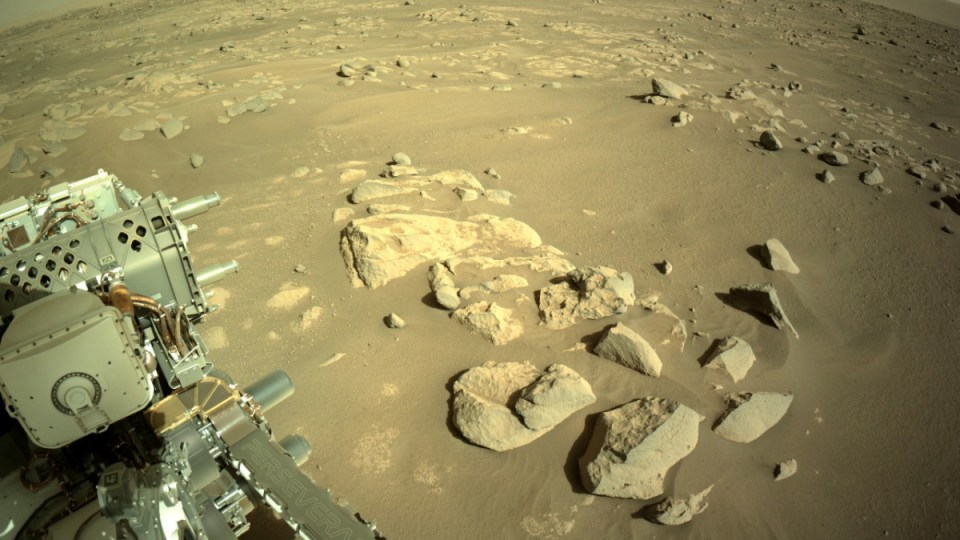 NASA's 1.8kg helicopter Ingenuity will attempt to hover over the surface of Mars before landing. Photo: EPA/NASA

NASA hopes to score a 21st-century Wright Brothers moment as it attempts to send a miniature helicopter buzzing over the surface of Mars in what would be the first powered, controlled flight of an aircraft on another planet.

Landmark achievements in science and technology can seem humble by conventional measurements.

A modest debut is likewise in store for NASA’s twin-rotor, solar-powered helicopter Ingenuity.

We're targeting as soon as Monday for the first controlled flight on Mars. Watch with the team as they receive data and find out if they were successful. Meet us in mission control April 19 at 6:15am ET (10:15am UTC): https://t.co/xAdT9tgYr1 pic.twitter.com/8wJEr3CLJa

If all goes to plan, the 1.8-kilogram chopper will slowly ascend to three metres above the Martian surface, hover in place for 30 seconds, then rotate before descending to a gentle landing on all four legs.

While the mere metrics may seem less than ambitious, the ‘airport’ for the interplanetary test flight is 278 million kilometres from Earth, on the floor of a vast Martian basin called Jezero Crater.

“The moment our team has been waiting for is almost here,” Ingenuity project manager MiMi Aung said at a recent briefing at NASA’s Jet Propulsion Laboratory (JPL) near Los Angeles.

Fortune favors the bold. (But we still have a back-up plan.) #MarsHelicopter project manager MiMi Aung explains why the team is optimistic about the first flight attempt on Monday: https://t.co/cwCEcDvoQZ pic.twitter.com/CR4jQBGr2M

NASA is likening the experiment to the Wright Brothers’ feat more than 117 years ago, paying tribute to that modest but monumental first flight by affixing a tiny swathe of wing fabric from the original Wright flyer under Ingenuity’s solar panel.

The robot rotorcraft was carried to the red planet strapped to the belly of NASA’s Mars rover Perseverance, a mobile astrobiology lab that touched down on February 18 in Jezero Crater after a nearly seven-month journey through space.

If the test succeeds, Ingenuity will undertake several additional, lengthier flights in the weeks ahead, though it will need to rest four to five days in between each to recharge its batteries.

“It doesn’t have a self-righting system, so if we do have a bad landing, that will be the end of the mission,” Aung said.

While Mars possesses much less gravity to overcome than Earth, its atmosphere is just 1 per cent as dense, presenting a special challenge for aerodynamic lift.

To compensate, engineers equipped Ingenuity with rotor blades that are larger and spin more rapidly than would be needed on Earth for an aircraft of its size.

The design was successfully tested in vacuum chambers built at JPL to simulate Martian conditions, but it remains to be seen whether Ingenuity will fly on the red planet.