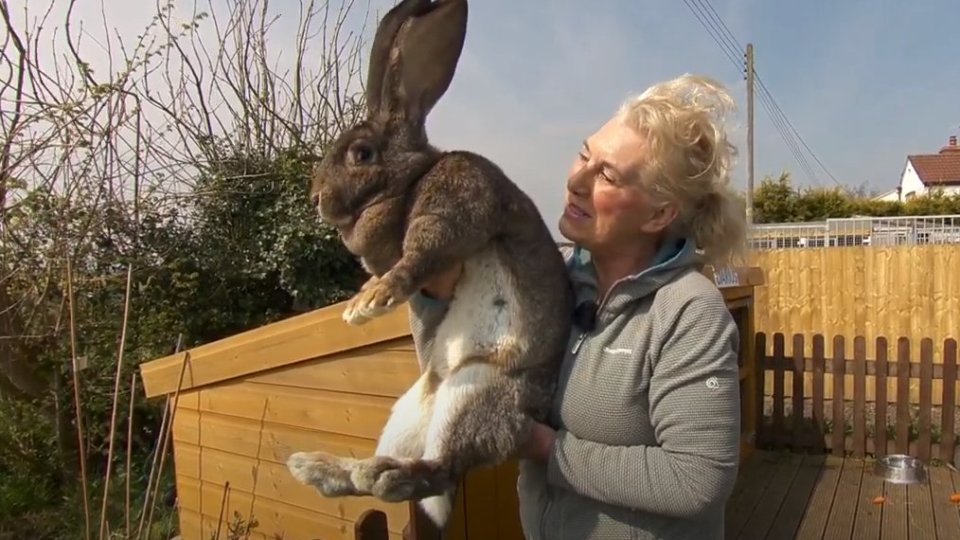 The world's largest rabbit, Darius, was snatched from his pen on Saturday. Photo: Twitter

Police are on the hunt for brazen bunny burglars who stole the world’s biggest rabbit, and the famous pet’s owner has pointed the finger at ‘jealous’ rivals.

The record-breaking bunny, named Darius, was snatched from his pen in Stoulton in central England on Saturday night.

Pet detectives are hunting for the brown-and-white rabbit and his kidnappers, with West Mercia Police appealing to the public for information.

Darius is a Continental Giant rabbit who shot to fame after taking the Guinness World Records crown as the world’s longest rabbit alive in 2010, clocking in at a staggering 1.29 metres in length.

His owner, Annette Edwards, has offered an $1800 reward for her beloved bunny’s safe return, and has revealed her suspicions about the culprit.

“There are some very jealous people around. I have my suspicions who is behind this,” Ms Edwards told UK tabloid The Sun.

“I’m afraid to say it must be someone with prior knowledge.

“The thieves came over a farm fence, unbolted Darius’s large kennel, and took him from his secure area.

“We move him between the kennel and a large summer house, to keep thieves guessing.

“But someone knew what they were doing. He was stolen to order.”

Ms Edwards, 69, said she feared Darius would not survive as he requires a special diet.

“Darius is too old to breed now. So please bring him back,” she pleaded.

Ms Edwards announced in 2018 that Darius, then eight years old, was retiring and giving up public events and media appearances for a quieter life at home.

In a previous tragedy for the owner, Darius’s 90-centimetre son Simon died on a cross-Atlantic flight in 2010 as he was being transported to a new owner.

He had been expected to eventually outgrow his father.