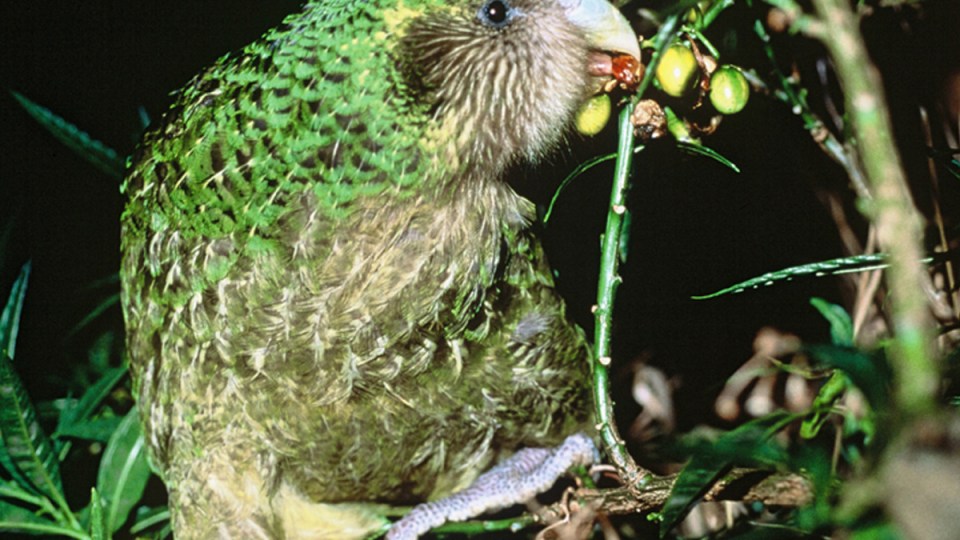 The kakapo, a critically endangered flightless green parrot, has been voted by New Zealanders as their 2020 bird of the year. Photo: New Zealand Conservation Department

The world’s heaviest, longest-living and only flightless and nocturnal parrot has won the coveted prize of New Zealand’s bird of the year.

Conservation group Forest and Bird announced the kakapo on Monday morning as the 2020 winner of hotly-contested poll – and first two-time winner.

The critically endangered green parrot of is the subject of major conservation efforts in New Zealand.

“These birds were literally brought back from the brink of extinction,” Ms Keown said.

“There were only 50 birds in the 1990s and they’ve been saved by intensive conservation efforts. Today there are 213 kakapo.”

“The things that make kakapo unique also make them vulnerable to threats. They are slow breeders, they nest on the ground and their main defence is to imitate a shrub.

“Those qualities worked great in the island of birds the kakapo evolved in but they don’t fool introduced predators like stoats, rats and cats.”

The 2020 poll was pushed back to avoid a clash with New Zealand’s parliamentary election.

More than 55,000 votes were received, with the kakapo leapfrogging the toroa – or antipodean albatross – on preferences.

Each year, the competition attracts New Zealanders who run social media campaigns in support of their favourite feathered friends.