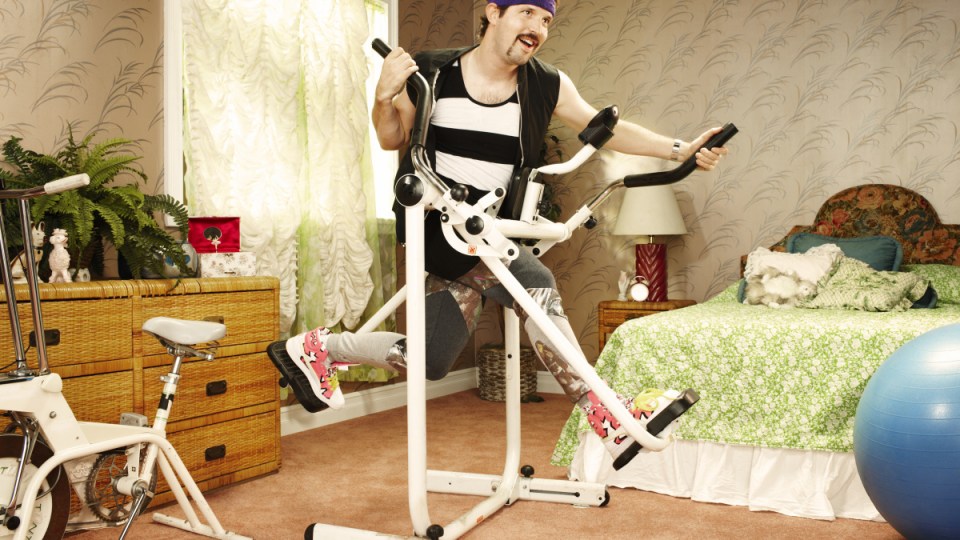 Congratulations, Australia. It appears we have flattened the COVID-19 curve … for now, at least.

It may be too soon to relax completely, but feel free over this Easter long weekend to take a break from frantically weaving more face masks for the family and distilling alcohol (yes, of course I believe you when you say it’s only so you can brew more hand sanitiser for the needy neighbours).

For most of us, this sustained period of physical distancing and isolation has helped ensure we will eventually emerge from the current pandemic with our health intact.

But what about our dignity?

Perhaps it’s time to stop, draw breath and assess how that is being affected by our new circumstances and routines.

For some, of course, dignity went out the window with the first wave of panic-buying and hoarding.

Those caught with a couple of container-loads of medical gloves and gowns that they now can’t move or profiteer from, thanks to Gumtree’s sensible decision yesterday to ban the listing of such items – you know who you are.

At least you’ll now have your “naughty nurse” outfits sorted for every Halloween from now until the year 2093.

Thankfully, at this stage most decent people are still trying to resist the urge to embrace the law of the jungle.

A useful gauge to measure how you’re doing on that front is whether you are still wearing pants during Zoom calls.

Take it from someone who has worked from home, on and off, for years.

Almost everyone begins with the same determination not to lower their standards, even if they are now working on a laptop balanced on the ironing board in the laundry, because it’s the only room in the house where the piercing sounds of Super Smash Bros can’t be heard.

They declare they will still get dressed, do their hair and make-up, and turn up to their desk, just as they did when working in an office.

The road to hell – or at least abject humiliation – is paved with good intentions, including that admirable decision to spend the time you’d normally waste in a morning commute doing an online fitness class streamed by your gym.

The next thing you know, you’re on an emergency Skype call, giving strategic advice in an oversized Choose Life T-shirt so threadbare that your boss can see the hot pink animal print sports bra underneath.

To be fair, even this experienced work-from-homer has been distracted by the profusion of intriguing exercise options that have popped up online since the government forced the closure of all gyms.

Somehow I recently convinced myself that the opportunity to learn to box with four-time boxing world champion Danny Green via a Facebook Live event was too good to miss.

Key learning: It turns out you can even injure yourself shadow-boxing.

But the pain of the chronic neck injury I exacerbated while imagining myself as Rocky pales in comparison to the hurt inflicted on my ego when my 14-year-old son walked in on the session.

He has never heard of Sylvester Stallone.

Who knew the words “But Mum, you just can’t” could carry so much power?

Could somebody please launch an app that recreates the slow meander to the vending machine outside the staff canteen, and the indecision over which junk food to buy today? Or perhaps a Facebook Live group that generates a stream of gossip and venting similar to the one you indulge in with the barista, when you duck out for coffee before the weekly staff meeting?

At least they’d be safer than working out at home.

And who said anything about flattening our own curves anyway?