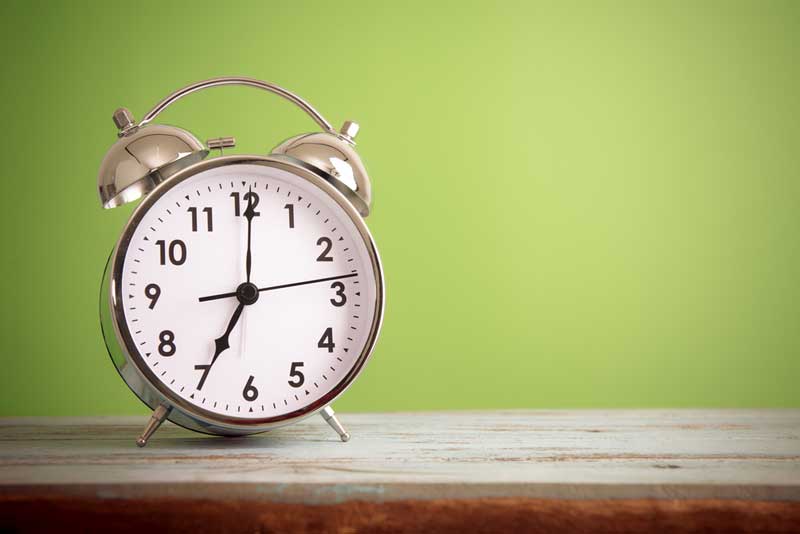 Remember to set your clock an hour earlier on Saturday night, and complain about it in the morning.

Daylight saving starts again this Sunday morning, October 6. Before you go to bed, set the clock forward an hour. When it says 7am it really means 6am as far as your body clock goes, and no whingeing allowed.

The idea is to get the cows milked early so you have plenty of time to go to church and then cook a roast lunch. Then, in the evenings, after supper, you can take a walk on the promenade and work on your tan.

The short answer is: if you can survive the first couple of days, daylight saving won’t kill you. Although it could land you in jail.

We’ll get to those health and wellbeing risks in a moment. You’re probably too distracted with rage to take them in, seeking someone to blame.

It was (of course) a New Zealander with self-serving motives who first proposed daylight saving, in 1895: George Hudson, an entomologist, suggested putting the clocks back two hours, so there’d be more sunshine in the evening and he could extend his insect and bug collecting.

In 1902, British builder William Willett set a clock-fixing proposal before England’s Parliament, because he felt too much daylight was being wasted. Winston Churchill was an enthusiast. But the Brits didn’t take it up.

It was the Germans, in 1916, who first decided to give it a go – thus providing more well-lit hours for shooting the enemy. The idea was taken up universally, along with the Christmas tree.

So: Kiwis, Poms, the Hun. Brood on that. But don’t brood too deeply. You might give yourself a stroke.

A 2016 study from the University of Turku, Finland, found that the overall rate of ischemic stroke was eight percent higher during the first two days after a daylight saving time transition. There was no difference after two days.

“Previous studies have shown that disruptions in a person’s circadian rhythm, also called an internal body clock, increase the risk of ischemic stroke, so we wanted to find out if daylight saving time was putting people at risk,” said study author Dr Jori Ruuskanen, in a prepared statement from the American Academy of Neurology, where the findings were first presented.

Similarly, a 2012 study from the University of Alabama found a 10 per cent increased risk of heart attack on the Monday and Tuesday, the first days of the working week after daylight saving comes in on a Sunday.

A 2012 study from Penn University found the shift to daylight saving time and its accompanying loss of sleep caused employees to spend more time “cyber-loafing” – surfing the Web for content unrelated to their work, resulting in “potentially massive productivity losses.”

A 1996 study found there was an eight per cent increase in traffic accidents immediately following the advent of daylight saving.

A 2016 study titled Sleepy Punishers Are Harsh Punishers: Daylight Saving Time and Legal Sentences found that judges in the United States tended to give defendants longer sentences the day after switching to daylight saving time compared with other days of the year.

On the flip side, a 2016 study from Aarhus University in Denmark found the number of people diagnosed with depression at psychiatric hospitals increases immediately after the transition from daylight saving time to standard time – when winter is coming, bringing darkness with it.

Daylight saving, it’s back: Good for your mood … or maybe not