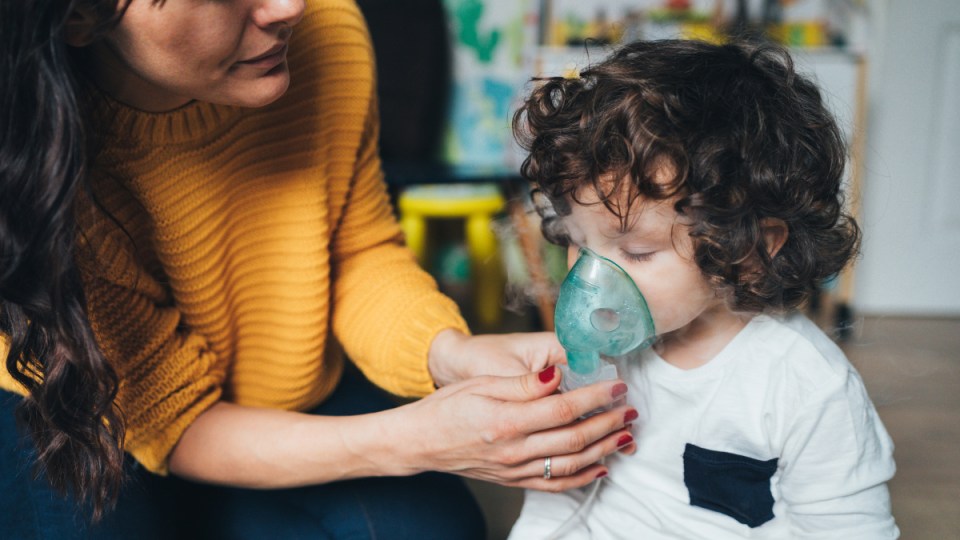 A 65-year-old fungal treatment has emerged as a possible treatment for chronic lung infections in people with cystic fibrosis – the lung and digestive tract condition that mainly attacks children and young people, and usually has a survival rate of 30 years.

According to researchers at the University of Illinois and the University of Iowa, the drug amphotericin acts as a protein channel that is missing in the lungs of those with cystic fibrosis (CF), “operating as a prosthesis on the molecular scale,” according to a statement from the universities.

Because amphotericin is already an approved drug – and has already been shown to be safe when delivered directly to the lung – the path to clinical trials will be more direct. The researchers are hoping to conduct clinical trials “soon”.

The findings of their study was published this week in Nature.

A protein channel is a protein that allows the transport of specific substances across a cell membrane. In cystic fibrosis, abnormalities in the protein CFTR interfere with the delivery or secretion of bicarbonate ions from the cells lining the airways of lungs.

Bicarbonate ions works as a cleaner, preventing a debilitating build-up of bacteria-laden mucus in these airways. The build-up of bug-rich mucus is what causes the persistent infections and inflammation that destroys lung tissue in CF patients.

The researchers found that amphotericin served as an effective proxy for the defective protein – and restored infection-fighting, passage-cleaning properties in lung tissue donated by human patients as well as in pigs with cystic fibrosis.

In other words, it effectively did the job of the defective or missing protein and released bicarbonate that had built up in cells and brought the pH and thickness of the airway surface liquid back within normal range.

What’s exciting here is that amphotericin has the potential to become the first treatment to address all types of cystic fibrosis – regardless of the genetic mutation that causes the protein deficiency.

“Instead of trying do gene therapy – which is not yet effective in the lung – or to correct the protein, our approach is different,” said Dr Martin D Burke, the leader of the study in a prepared statement.

Burke is a professor of chemistry at Illinois and the associate dean for research at the Carle Illinois College of Medicine.

“We use a small molecule surrogate that can perform the channel function of the missing protein, which we call a molecular prosthetic.

Just as a simple prosthetic device can restore a lot of function to those missing a limb, we found that although amphotericin is not a perfect mimic of the CFTR protein, it can function as a bicarbonate channel and restore defence mechanisms in the airway surface liquid.”

Ordinarily, CF patients are prescribed drugs that target the defective CFTR proteins and work to correct their abnormal structure – but 10 per cent of patients missing the CFTR protein completely and therefore cannot be treated with corrector drugs.

“Whereas many of the latest advances in cystic fibrosis treatment have been targeted to specific mutations, this approach would benefit everyone with cystic fibrosis, regardless of mutation,” said Emily Kramer-Golinkoff, a co-founder of the non-profit cystic fibrosis research foundation Emily’s Entourage that in part funded the research.

“Second, and perhaps even more importantly, this approach presents an opportunity to repurpose an existing, approved drug and bring it to the clinic quickly.”

In the treatment of serious lung infections, given via injection, side effects include fever, shaking, chills, flushing, loss of appetite, dizziness, nausea, vomiting, headache and ironically shortness of breath.

But many patients don’t experience these effects – and in the treatment of CF may be circumvented.

Dr Burke observed that amphotericin “has already been shown to be safe when delivered directly to the lung, and it doesn’t get into the rest of the body, so we can avoid the negative side effects that the drug is known for.”

Drug from the 1950s a promising treatment for cystic fibrosis sufferers