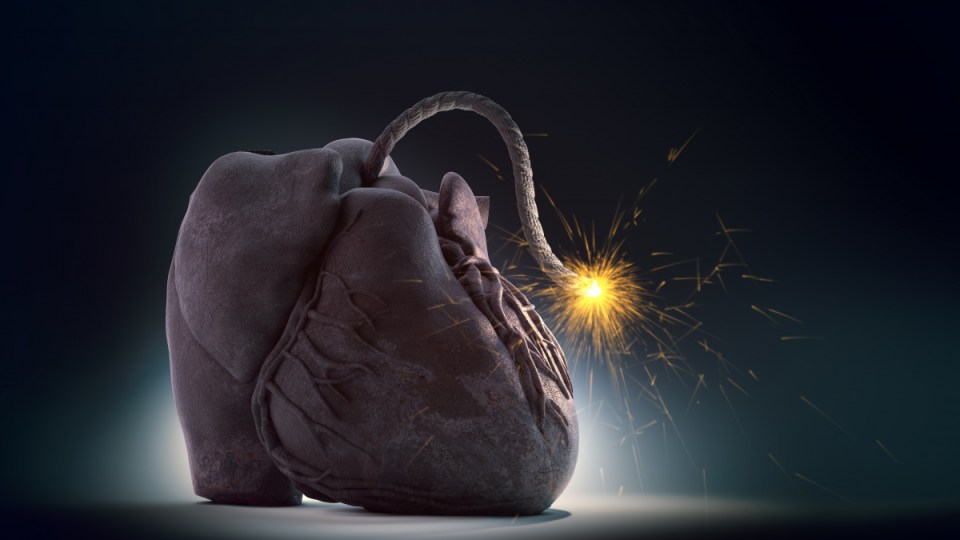 There was great excitement in February that e-cigarettes, according to a UK study, were twice as effective as gum or nicotine patches in helping smokers quit cigarettes and keep them smoke-free for at least a year.

It was also found that eight out of 10 e-cigarette enthusiasts who successfully ditched cigarettes were still vaping at the end of that 12-month period. Still helping, right?

Not as much as you’d hope for

New research finds that vapers are “significantly more likely to have a heart attack, coronary artery disease and depression compared with those who don’t use them or any tobacco products”, according to a statement from the American College of Cardiology.

Vapers were found to be twice as likely to suffer from depression, anxiety and other emotional problems – which isn’t surprising given nicotine’s well documented psychotropic toxicity. That’s a complicated issue, though, because research has found that people with behavioural problems are more likely to take up smoking.

“Until now, little has been known about cardiovascular events relative to e-cigarette use. These data are a real wake-up call and should prompt more action and awareness about the dangers of e-cigarettes,” said Mohinder Vindhyal, MD, assistant professor at the University of Kansas School of Medicine Wichita and the study’s lead author.

“When the risk of heart attack increases by as much as 55 per cent among e-cigarettes users compared to non-smokers, I wouldn’t want any of my patients nor my family members to vape.”

He noted that close analysis of the data found that “regardless of how frequently someone uses e-cigarettes, daily or just on some days, they are still more likely to have a heart attack or coronary artery disease”.

Rather than being a definitive moment in the vaping “safe or not safe” debate, Dr Vindhyal’s study is more likely to be a volley of note in an argument without end.

And it’s unlikely to bring an end to doctors and surgeons advocating on behalf of vaping, as illustrated in the videos accompanying this story.

The study, one of the largest to date looking at the relationship between e-cigarette use and cardiovascular and other health outcomes, is among the first to establish an association between vaping and these health risks – which isn’t the same as proving a causative relationship.

Being safer doesn’t make it safe

Those health professionals advocating on behalf of vaping as a safer alternative to tobacco – mainly because e-cigarettes don’t contain the cancer-causing agents found in tobacco – will only be buoyed by the research.

The study looks at data from nearly 100,00 people who took part in the National Health Interview Survey, a Centers for Disease Control and Prevention-fielded survey of Americans, from 2014, 2016 and 2017.

The researchers looked at the rates of high blood pressure, heart attack, stroke, coronary artery disease, diabetes and depression/anxiety among those who reported using e-cigarettes (either some days or daily) and non-users.

Those who reported using e-cigarettes were younger on average (33 years old) than non-users (40.4 years old). This reflects the increasing popularity of vaping among teenagers and young adults.

The results upheld what we already know: tobacco is unambiguously the work of the devil.

Cigarette smokers had strikingly higher odds of having a heart attack (165 per cent), coronary artery disease (94 per cent) and stroke (78 per cent) compared with non-smokers. They were also significantly more likely to have high blood pressure, diabetes, circulatory problems, and depression or anxiety – which is old news.

Safer but not safe: Vaping has higher risks of heart attack, depression