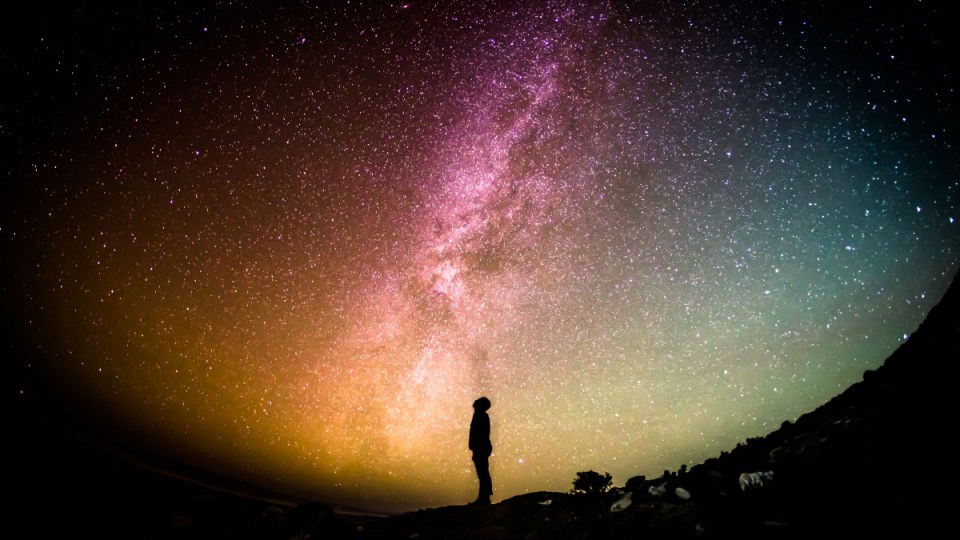 A major scientific paper arguing that life started in the cosmos has gone viral. Photo: Getty

It’s nearly a year since 33 reputable scientists – six of them Australians – published a provocative peer-reviewed paper that argued life began 10 to 15 billion years ago, way before the Earth was formed.

The paper was a review of evidence that life on Earth was seeded “by life-bearing comets as soon as conditions on Earth allowed it to flourish” at or just before 4.1 billion years ago.

It also argued that flu pandemics are probably caused by alien viruses.

The scientists say there is clear fossil evidence of bacteria and more complex organisms that arrived from space inside in four meteorites, including one that landed in Australia in 1969.

A lot of laughs, some proper pondering

Critics have tended to call the fossil claims “inconclusive” – but in the last 10 years, as technology has improved, the meteorites have been found to contain the building blocks of life, including amino acids.

The flurry of media attention, however, mostly focused on one aspect of the paper: the idea that the octopus – mysterious, smart – either evolved from squid via the intervention of a virus from space.

Or, even more startling, from a cache of dormant eggs carried in the frozen waters of a comet, and delivered to Earth by a meteorite that broke away from the comet.

There was a lot of chortling and mockery from journalists. Some scientists said the paper overall was plausible but not convincing. Others dismissed it out of hand. There were profound questions crying out for a bigger conversation.

Then the story disappeared as fast as it had flared up. But since then, the journal paper – perhaps not as easy and straightforward to read as the authors had hoped it might be – has been downloaded more than 250,000 times. An unknown number of people have read it online.

Perhaps the weirdest thing – leaving aside the idea that octopus may exist on just about every water-bearing planet in the galaxy – is that further conversation about the paper has gone dead.

The paper was titled Cause of Cambrian Explosion – Terrestrial or Cosmic? The Cambrian Explosion refers to a period that began 541 million years when life on Earth underwent a massive explosion of diversity, called “radiation” in evolutionary terms.

Gathering the team together

For Dr Edward J. (Ted) Steele, lead author of the paper and pioneering molecular immunologist, the Cambrian Explosion was “literally an explosion” or rather a series of explosions caused by those life-bearing comets – parts of them breaking off and hitting our planet, introducing a range of new life.

“Space icebergs,” is how he described the strikes in an interview with The New Daily.

These comets carried, according to his paper, “living organisms such as space-resistant and space-hardy bacteria, viruses, more complex eukaryotic cells and organisms … perhaps even fertilised ova and plant seeds, may have been continuously delivered ever since to Earth helping to drive further the progress of terrestrial biological evolution”.

Dr Steele is honorary research associate at the C.Y. O’Connor ERADE Village Foundation in Perth, but is largely based in Melbourne. He’s been described as a “maverick” for holding to theories about inherited characteristics that were once deemed shaky, but have since gained credence with the advent of epigenetics.

He was also at the centre of a sensational, whistle-blowing scandal at the University of Wollongong at the turn of the century. It seems he’s always been a fighter.

About 10 years ago, Dr Steele began giving lectures on the cosmic-life theory, which the Ancient Greeks founded and called panspermia.

The theory kept its name when it was formally taken up and championed by the late astronomer and Cambridge legend Sir Fred Hoyle and his former student, mathematician and astrobiologist Chandra Wickramasinghe.

Three years ago, Dr Steele approached Professor Wickramasinghe, now director of the Buckingham Centre for Astrobiology, at Buckingham University in Cardiff, with the idea of gathering a team of scientists together and writing a paper that presented all the evidence that supported the idea that life has evolved with the universe, and not merely as a fluke in one small corner.

“Once we got started, it snowballed … with more scientists willing to take a risk and go public,” said Dr Steele, who characterises much of the opposition to the theory as either emotional or political.

Since the hub-bub died down and the Cambrian Explosion paper has become a hit, he says the bigger problem are “claim jumpers” – scientists elbowing their way in to claim the theory as their own.

It is certainly a contested area on many fronts.

One of the paper’s author is Professor Wickramasinghe’s brother, mathematician and astronomer Dayal Wickramasinghe, a professor at the Australian National University. He told The New Daily: “My own view is that it is only a matter of time for this theory to be accepted by the general scientific community.”

“My own contributions were made in a series of pioneering astronomical observations made many years ago and published in Nature which provided the first evidence In support of the theory of interstellar panspermia – way before astrobiology had appeared as a discipline.”

The Wickramasinghe brothers and Dr Steele have since published another paper, Comets, Enceladus and panspermia.

Enceladus, one of Saturn’s moons, was found by the Cassini spacecraft to have an ocean under its icy shell. Dr Steele is all but certain that the faraway ocean is populated with octopus.

The octopus, he said, emerged on Earth 275 million years ago. Evolutionary biologists have tried to “force a relationship” between the octopus and the much older nautilus.  But there are no “missing steps” between the two creatures. The octopus appeared without a parent species.

“The simplest explanation for the octopus is that cryo-preserved octopus eggs, millions of them, landed here in a strike by a space iceberg. A lot of them didn’t make it. But a lot of them did.”

There is more to talk about than the octopus such as the growing evidence that bacteria and tiny creatures such as tardigrades can survive in space. After all, astronauts keep scraping bugs and sea plankton off the International Space Station.

It’s all very cool. But the octopus ruling the cosmos is even cooler.

From bugs to humans, scientists say we all came from deep space